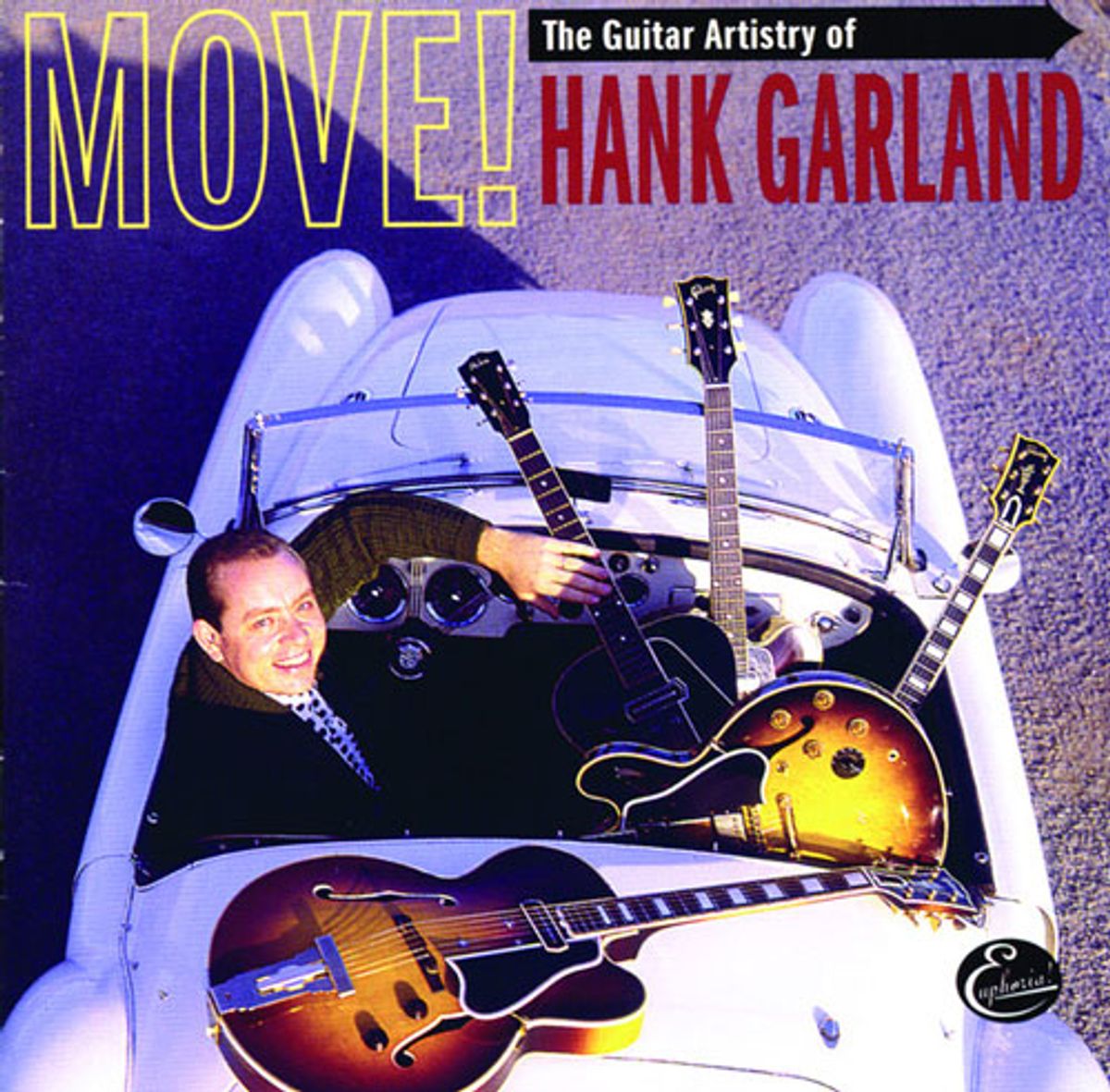 Learn how to pick like one of the early pioneers of sophisticated jazz-influenced country guitar.

Chops: Intermediate
Theory: Intermediate
Lesson Overview:
• Improve your alternate picking. • Learn how to focus on chord tones in your solos.
• Add jazz-style phrasing to your lines. Click here to download a printable PDF of this lesson's notation.

Born in Cowpens, South Carolina, in 1930, Walter “Hank” Garland was one of the early pioneers of the sophisticated side of country guitar, often sounding like a jazz player who found himself playing with hillbillies.

Garland began young, inspired by the playing he heard on local radio stations. He worked hard learning to play and scored a gig with the Cotton Pickers at just 15, after a chance encounter in a guitar store with the group’s leader, Paul Howard. Garland then moved to Nashville to pursue a career in music as a session player and artist. His signature tune, 1949’s “Sugarfoot Rag,” secured his reputation as an in-demand studio guitarist. His session credits include Elvis Presley’s “Little Sister,” Patsy Cline’s “Let the Teardrops Fall,” Little Jimmy Dickens’ “I Got a Hole in My Pocket,” and Bobby Helms’ “Jingle Bell Rock.” And Move! The Guitar Artistry of Hank Garland is a great collection displaying Hank’s command as a leader.

Garland was also a respected jazz guitarist, who played with legends like Charlie Parker and influenced the design of the Gibson Byrdland. In 1961, Hank was involved in a serious car accident that left him in a coma for a week. It’s speculated that he suffered additional damage to his brain due to some of the medical treatments of the day, effectively ending his career.

Garland’s playing is still a treasure trove of ideas—especially in a country setting, since his voice as a musician was so influenced by the jazz he grew up on. These outside influences add a twist on the genre not heard in the work of many of his peers. His playing has influenced many, but none have been more vocal than Chet Atkins, who regularly cited Garland as the greatest guitarist he ever heard.

Getting Garland’s sound is really about a good neck humbucker and a punchy clean tone. I access that with the neck pickup on my Gibson Howard Roberts Fusion, with the tone rolled back to about 7.

Ex. 1 can be split into two sections. Taking place over an A major chord (A–C#–E), an idea like this works great on a country-blues type jam. Beginning in the “G” shape of the CAGED system, the A note is played on the 3rd and 1st strings, with an ascending chromatic scale being played on the 2nd string. Note the repeated use of the b5 (Eb), which adds a bluesy edge to the lick.

The second part sits around the “E” shape, using a wide stretch on the 1st string to reach from the root (A) to the 4 (D), and then sliding down a half-step to the 3. It would be possible to see this entire lick as being in A Mixolydian (A–B–C#–D–E–F#–G), but with a b5 for that bluesy sound.

The next lick (Ex. 2) uses triads to create melodic interest. Measure 1 consists of an A triad in the “C” shape before moving down a whole-step to create a G triad (G–B–D). This is called an “arpeggio substitution,” where you play an arpeggio over a different root. In the context of the A chord, G is the b7, B is the 9, and D is the 11. These notes aren’t as strong, but they help to create some jazzy colors before resolving back to the A triad in the next bar.

Arpeggio substitutions can be written as slash chords, or as their implied harmony. G/A tells you that it’s a G triad, over an A bass note. A11sus tells you it’s a dominant 11 chord without the 3. While either works, G/A is a little more specific.

The real exercise here is the strict alternate picking, which Garland would have used to play an idea like this. This mechanical crosspicking of a single note on each string is incredibly tricky at speed. You’ll need to spend a lot of time building this up. Start on a down, follow with an up, and repeat.

Ex. 3 combines double-stops with alternate-picked single-note ideas. As the lick takes place over an A chord, the double-stop contains the 3 and 5 (C and E, respectively) approached from a half-step below. The melody in measure 2 actually looks a little more like the A Dorian scale (A–B–C–D–E–F#–G). It’s not the cleanest choice over an A chord, as the C in the scale clashes with the C# in the chord. The second half of the lick repeats the first measure, then moves down to the “G” shape and picks notes out of the A major pentatonic scale (A–B–C#–E–F#). Pay attention to the picking directions here, which operate under the principal of constant motion.

The fourth lick (Ex. 4) begins in the lower register, using notes of the A major pentatonic scale in the open position and the “G” shape, ending with a slide up to the C# on the 3rd string.

The second part of the lick features another wider stretch, as you’re playing four notes that span five frets on the 1st string. At this stage, the movement should make sense. You’re adding a chromatic passing tone between the 2 (B) and 3 (C#).

The last note requires that you slide up the neck to the 17th fret to play the root note (A). This can feel difficult at first, but generally it’s because you’re looking at where your hand is, rather than where it’s going. The solution is to be looking at the 17th fret as early as possible. I’m looking at it as I do the hammer-on and pull-off in measure 3.

Ex. 5 uses the A major scale (A–B–C#–D–E–F#–G#) on the 1st string, moving down with some fast hammer-ons and pull-offs. Pick the first two notes with a downstroke and an upstroke, and then re-pick the first note before hammering and pulling to the second. This is then repeated starting on each note of the scale as you descend the neck. Use the first and second fingers for notes that are a fret apart, and the first and third for two-fret gaps.

The beauty of this type of lick is that it can be adapted to fit any scale in any key, as long as you know the notes of the scale.

Ex. 6 combines a four-note descending pattern using the A major scale, then ending with an A major triad. This focus on the actual chord you’re playing over helps to give your lines a sense of sophistication.

The next lick (Ex. 7) begins with an ascending A major triad idea with an added C (b3) for that country/blues twist.

The final two measures feature another descending four-note sequence, but this time using A Mixolydian. There’s only one note different in this scale (G), but it makes a big difference to the overall sound, with a natural 7 implying a major 7 chord, and the flat 7 implying a dominant 7 chord.

The final lick in this column (Ex. 8) uses a combination of notes from the major pentatonic and the C (b3) from the minor pentatonic.

The focus here is the position shifting, along with the relentless alternate picking. Take your time and focus on how this line fits around an A major chord. It even ends by playing one!

I can’t stress this enough: Hank Garland is one of guitar’s forgotten icons, so go and listen to his work and find the licks and tricks you like the most, work them out, and use them in your playing as fast as possible!