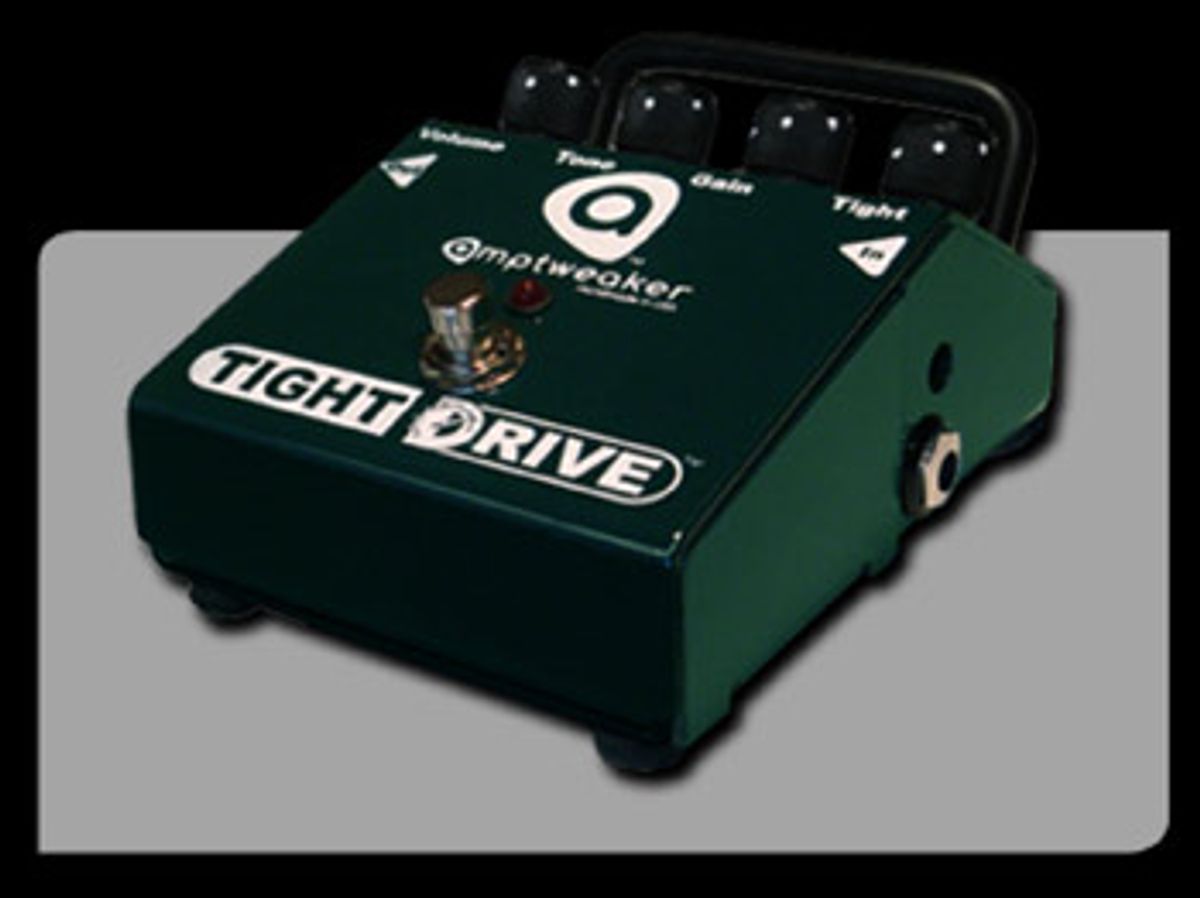 Batavia, OH (January 15, 2010) -- Renowned amp builder James Brown announced in October a new venture where he would be taking public suggestions for the basis of his products. He's now announced the first product of this method under the Amptweaker moniker: the TightDrive Overdrive pedal. Here's what he had to say about the pedal:


After receiving hundreds of online product ideas through amptweaker.com and other social networking media, I’m ready to reveal the first Amptweaker product, the TightDrive pedal. The overwhelming majority of consumers responded requesting overdrive/boost/distortion pedals, specifically with a tighter attack than many of the ones currently available. The result is the included Tight control which allows the player to dial in how smooth or aggressive the low end sounds—and feels.

Another repeated theme from customers was for pedals with two functions, such as distortion/boost, boost/delay, compressor/overdrive etc. Obviously the combinations were endless, so I decided that all Amptweaker pedals will include an effects loop on the back of the pedal that tracks the On/Off switch. There’s also a pre/post switch to select before or after the overdrive circuitry.

Other features include a magnetic sliding battery door that requires no tools to access, and LED lighting on the knobs for dark stages. There’s also a battery switch so there’s no need to unplug the input cable after the gig. The 14 gauge steel chassis is also ergonomically designed to prevent knob breakage, and to make the switch easier to engage.

Stay tuned to Amptweaker for more, and keep those product ideas coming!