Remembering Jess Oliver, Inventor of the Ampeg B-15 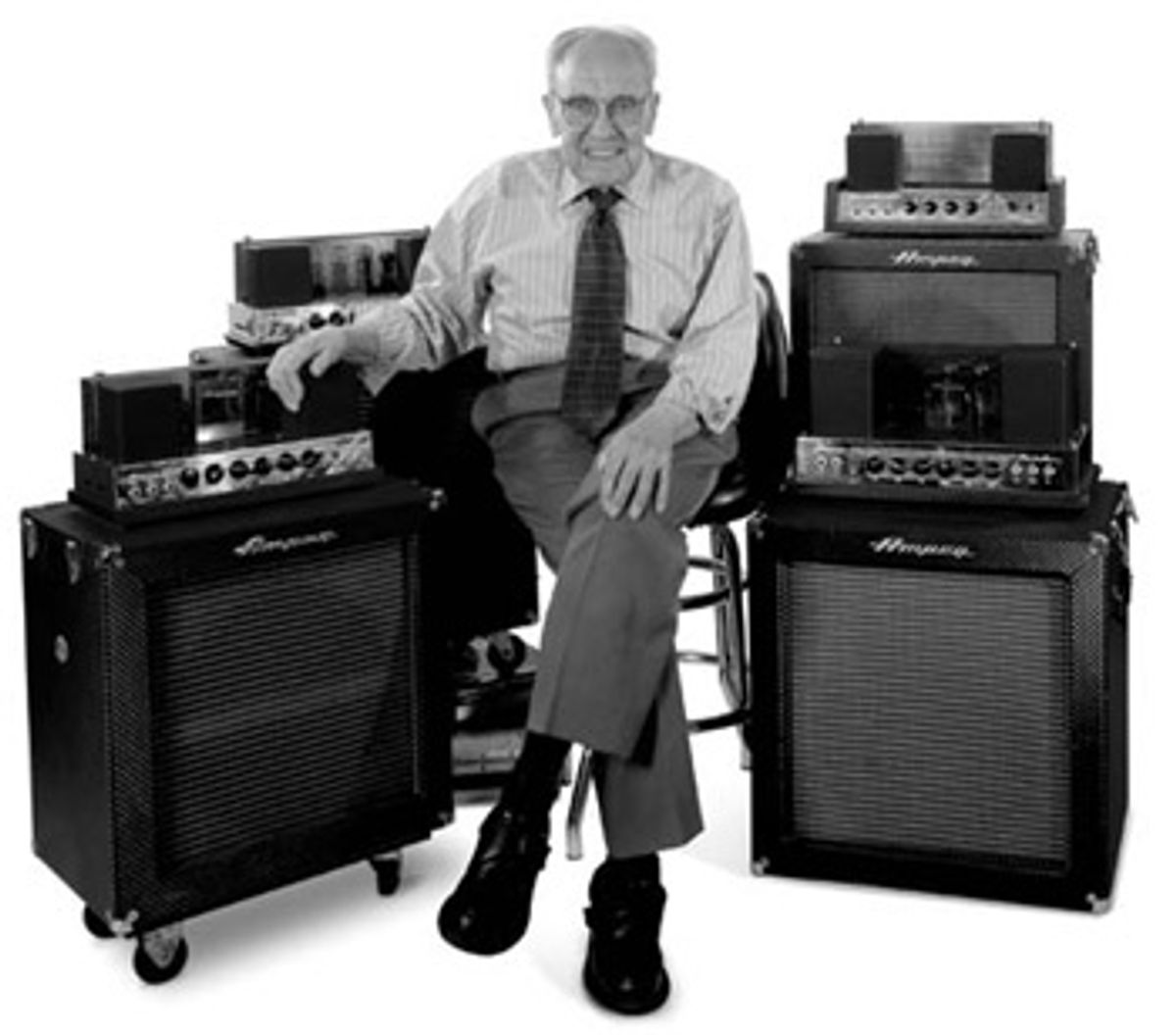 Long Island, NY (July 30, 2011) – If it were not for the work of Jess Oliver, electric bass as we know it might not exist. It’s reasonable to compare Oliver’s B-15 Portaflex to Les Paul’s solidbody guitar or Leo Fender’s Precision electric bass as icons that ushered in the modern music revolution. Oliver passed away on June 30 at age 85.

Born Oliver Jespersen in 1926, he played guitar and bass in local bands before being drafted in 1944 during WWII, where he played bass in the Army band. Upon returning to the U.S., he became an electrician while continuing to gig in New York City. It was there he visited the fledgling Ampeg company—then a cramped workshop on 42nd Street—to buy an internal microphone (known as the amplified peg or “Ampeg”) for his bass. When he demonstrated his ability to install it himself, he was recruited to join the company in 1956.

In 1960, Oliver invented and patented the B-15, a unique and innovative bass combo featuring a double-baffle porting system, closed-back reflex cabinet, and flip-top function that proved handy for storage and transport, while also protecting the amp’s tubes. Beautiful in appearance and purposeful in form, the B-15 offered a warm, round sound that quickly attracted pro players. In the ’60s, session bassists from James Jamerson to Chuck Rainey installed these amps in all the studios they worked, setting the low-end tone for countless hits. Fifty years later, the B-15 remains highly sought-after and has earned the distinction of being the most-recorded bass amplifier in history.

It is also generally acknowledged that Oliver was the first to put spring reverb in a combo amp for guitar. Incorporating Hammond’s new reverb unit into Oliver’s earlier circuitry, Ampeg introduced the Reverberocket in mid 1961. Other companies would quickly follow suit. He also created the Ampeg Baby Bass, based on the Zorko bass, in 1966. He served as Vice President of Ampeg until 1966, when he left to form the Oliver Sound Company.

Oliver remained active in the Oliver Sound Company through 2009, inventing and manufacturing a full line of unique amplifiers and sound equipment, including Powerflex amps, where the amp chassis rose up from within the cabinet on a motor driven platform. Eventually manufacturing ceased, and Jess became a service center for a long list of manufacturers and musicians eager to have their Ampeg and Oliver gear repaired by “the man himself.”

Oliver maintained a relationship with Ampeg and was integral in the 1997 and 2010 iterations of the famous B-15. At the debut of Ampeg’s Heritage B-15 amp at Winter NAMM 2001, Oliver was named the “Godfather of Bass Amplification” with a special award.

Resonance, Response, and Your Due Diligence