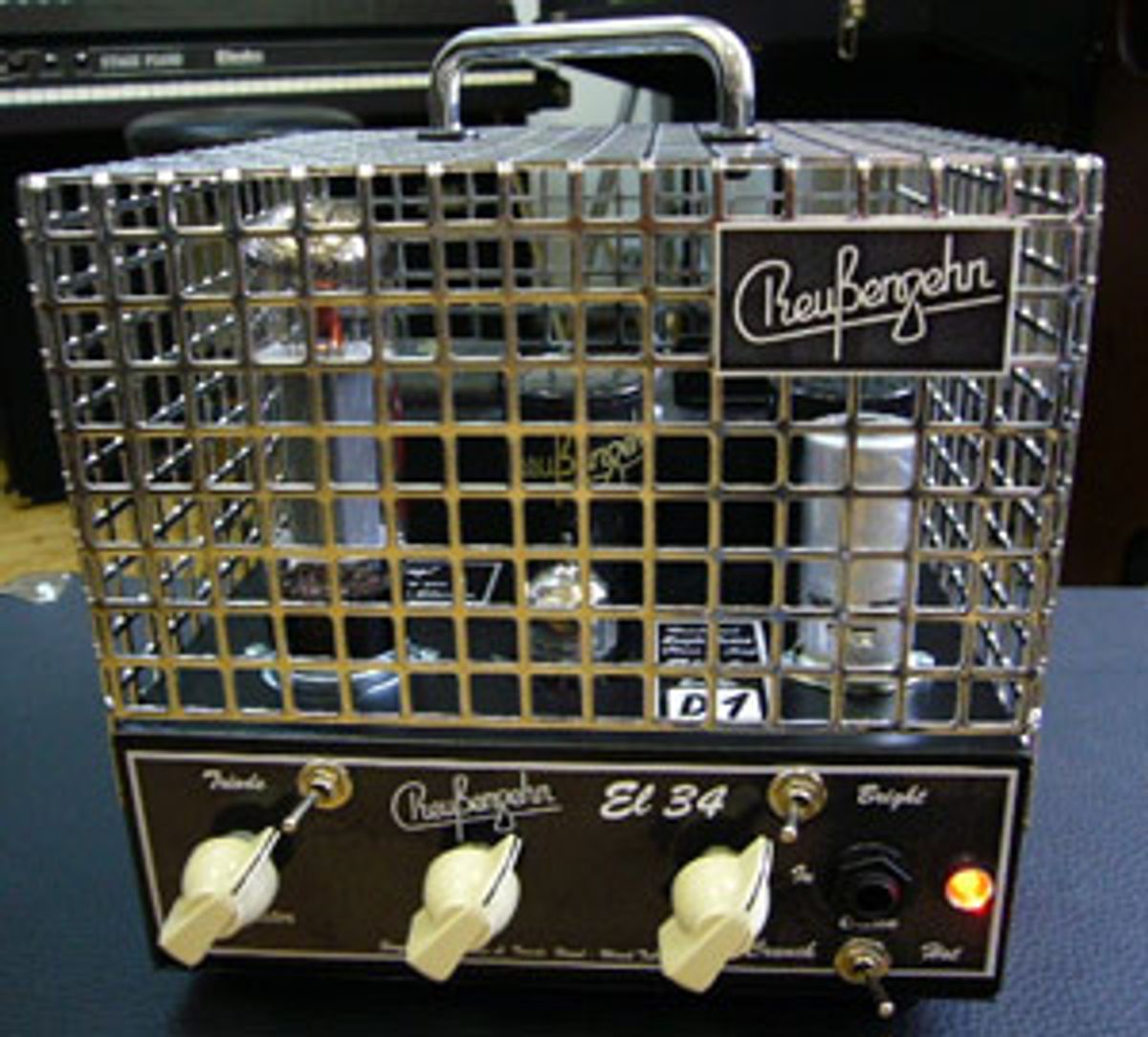 Frankurt, Germany (March 22, 2010) -- Just in time for the 5th anniversary of his amp of fame, the El-34, Thomas Reußenzehn of Reußenzehn Tube Power introduces the Mk3-version of the single-ended, class A amp.

The most important new feature is the ability to switch from 10 to 19 watts, and with 6550 tubes, 21 watts, making the amp flexible for use in a live performance context. The EL-34's power section is designed so that the tubes can be switched on the fly to EL-34, 6L6, KT88 or 6550 tubes without the need for rebiasing.