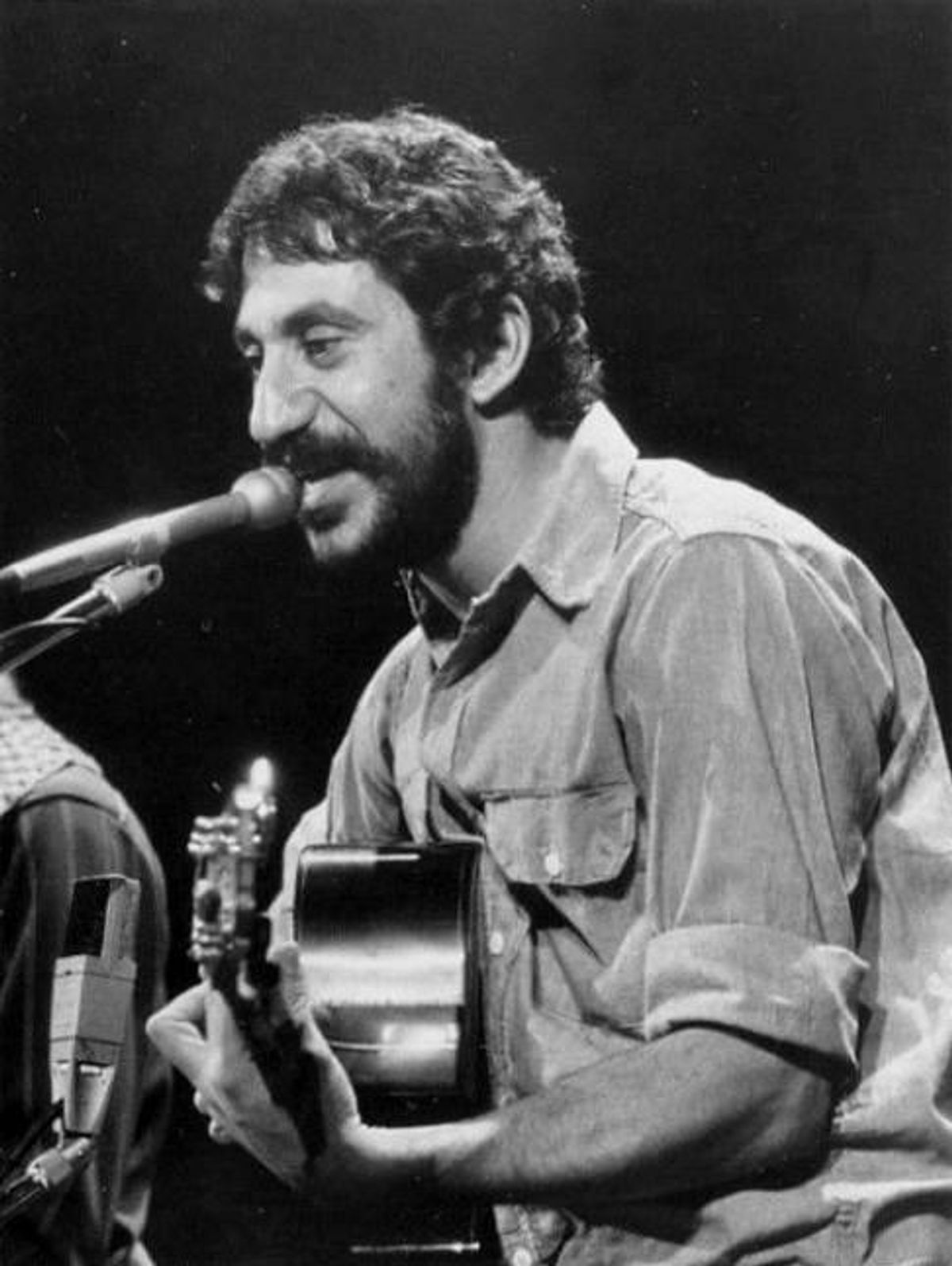 Learn to craft workable arrangements on the fly with these simple patterns.

It's great to have polished songs memorized note-for-note and stored neatly in your gigging repertoire, but there's probably just as much value to being able to fly by the seat of your pants and pull an arrangement out of thin air. Knowing the building blocks of fingerstyle guitar is a great way to accomplish this.

Since fingerstyle is so closely linked with the singer-songwriter and Americana genres, we'll be looking at chord movements and voicings loosely inspired by Jim Croce's sound in songs like "Operator" or "These Dreams," as well as other related fills that could be used in similar circumstances.

Operator (That's Not The Way It Feels)

We're not exactly reinventing the wheel by arranging fingerstyle parts on the fly. There are some harmonic principles, riffs, patterns, and fills, applicable in many keys, that can come in handy to help us do this. For now, we'll focus on approachable riffs that can be used as a foundation for a fingerstyle arrangement, while also integrating some harmonic nuance and rhythmic textures to imply movement.

How to Reharmonize Using Open Strings

Our first few examples demonstrate common passing chords you can use to navigate between the main chords in a typical pop ballad. Notice how we are playing open strings where we can to add interest to the chords. In Ex. 1 you can see how a simple walkdown can get you from Em to G while keeping the 3rd string open.

Generally, I like using an open string if it's a root, 2, 3, or 6 of the chord that is being played. There's a lot of room to play around with this, and there aren't necessarily any wrong answers—but it really matters that you're mindful of the context.

In Ex. 2, I show how to approach a V7 chord from a minor root triad, in this case D minor. I keep the top three strings the same while adding in a descending bass movement that lands perfectly on the A7.

Finally, in Ex. 3 I've notated a handy way to do a walkdown in the key of D that hits the VIm (Bm) and IV (G) chords before resolving back to where we started with a Dadd9 shape. Playing a couple of notes from the scale in the bass will help make the chord feel like it's moving, even though, theoretically, it might not be. Between mixing up the bassline, knowing a little bit about how to flavor a chord, and learning to incorporate open strings here and there, you've just figured out the initial steps in reharmonizing a chord progression.

Next up we'll focus on different fingerpicking rolls and syncopations to create movement. Not all fingerstyle fits into the standard Merle Travis "boom-chick" style where the bass is alternating quarter-notes and states the root of each chord on the first beat of each measure. There are more subtle ways to imply rhythm in a progression. We'll explore this in the following examples using some of the chords and progressions from earlier.

The simple pattern in Ex. 4 moves through the progression we looked at in Ex. 1. Keep the 1st string ringing throughout and the chord shape in place while you pick the notes. Notice how some of the open strings allow those arpeggios to feel like they're creating a melody of their own, and how changing the order of the picking pattern changes those melodies? If we were using very simple chords, it would be harder to achieve this effect.

For Ex. 5 I've altered the pattern a bit so that the bassline moves around while the remaining chord shape rings out.

I introduce the banjo roll in Ex. 6. Simply put, a banjo roll is when you play a pattern that goes either forward or backwards across the strings. In this case, we are using a reverse banjo roll to flesh out the harmony.

Ex. 7 is another reverse-banjo pattern that builds on the moving bassline example we looked at in Ex. 3. If you are having difficulty playing any of these exercises with clarity, try slowing down, making sure you've got the fingerings right, and take turns isolating the bass line.

If you're up for a challenge, Ex. 8 is a forward-roll pattern that's rather involved. But remember, slow and steady will get you to where you need to be.

One of the benefits of playing arpeggios and syncopations is that it makes it easier to go between fretted chord shapes. Try minimizing string squeaks by picking your hand up from the chord to move to another, rather than sliding from one into another (easier said than done). A trick that Chet Atkins used was sliding down with the fingers that are placed on the unwound strings, while lifting up the fingers that were on the wound strings. This doesn't apply if you're going between chords that have very different fingering configurations, but for chords with similar fingerings it really helps to polish those transitions. In our final two examples, we'll incorporate hammer-ons, pull-offs, and slides to our pre-existing fingerpicking patterns.

Check out the subtle variations and hammer-ons in Ex. 9. If you're accompanying another artist you may want to use these sparingly, maybe more for transitions than for verses and choruses. However, if you're the center of attention at any point during the song, these types of fills can provide a bigger sound.

Our final example pulled from Croce's bag of tricks is Ex. 10. It's a flowing culmination of the techniques we've covered so far. Dig into those hammer-ons that don't have to connect neighboring scale tones.

I can count multiple times playing gigs where, with literally a minute's notice or less, I've been expected to join in on a song with nothing more than a memory of the melody, key, and the corresponding Nashville numbers. And guess what? I'm happy to say that I've rarely bombed (at least in my own estimation). In fact, those have been some of my favorite moments onstage. The techniques and theory in this lesson have played a big part in that and can hopefully help you as well.

From Your Site Articles
Related Articles Around the Web
fingerstyle guitar