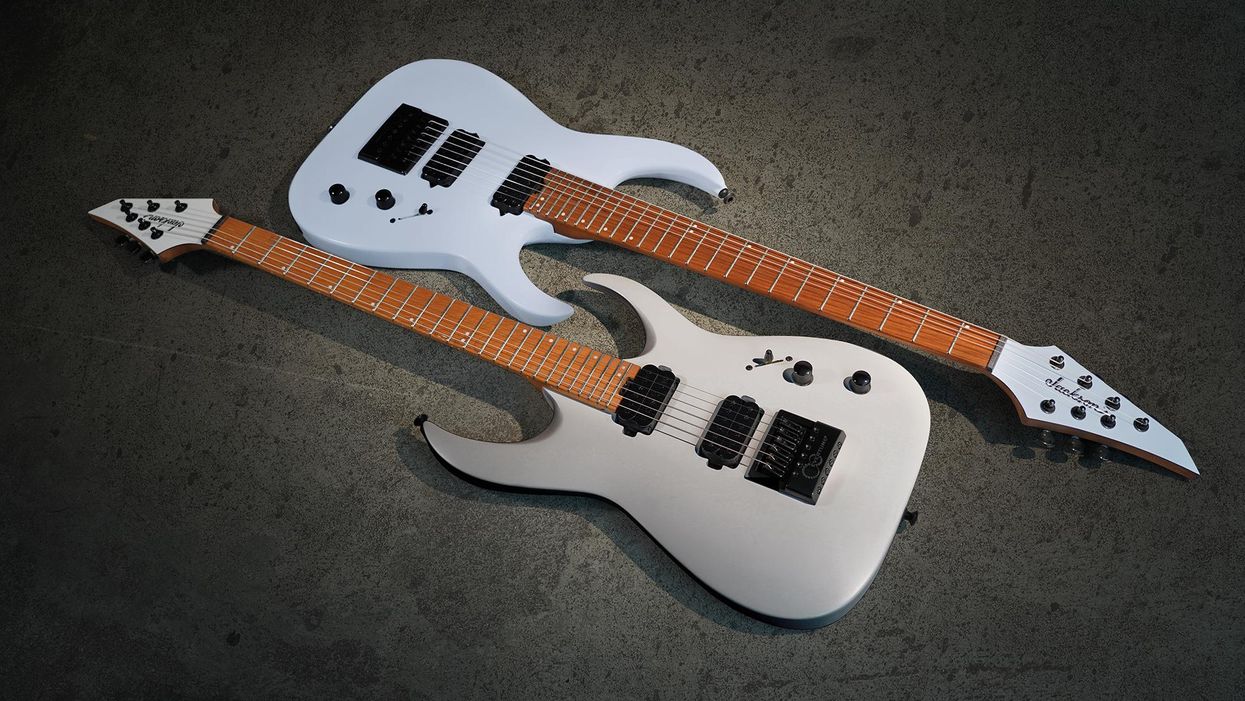 Both new models feature a game-changing EverTune bridge. "For those of you who know what an EverTune is, I've been using them in the studio and live and I love them," said Mansoor. "If you don't know what it is, it's a magical bridge that keeps your guitar in tune. It's kind of insane—some super complicated-based tension system, but if you set up the guitar right, you can strike a string as hard as you want and it will never go sharp or flat.

"The MM1 pickups are just super versatile especially with the five-way switch," said Mansoor. "We've got second position doing split inner coils, which is nice for spanky cleans and mid gain tones, and fourth position, which is split outer coils, which gives you that chimey, almost Strat-like sound. Then you've got bridge (first), middle (third) and neck (fifth) with humbuckers."

From Your Site Articles
Related Articles Around the Web
misha mansoor