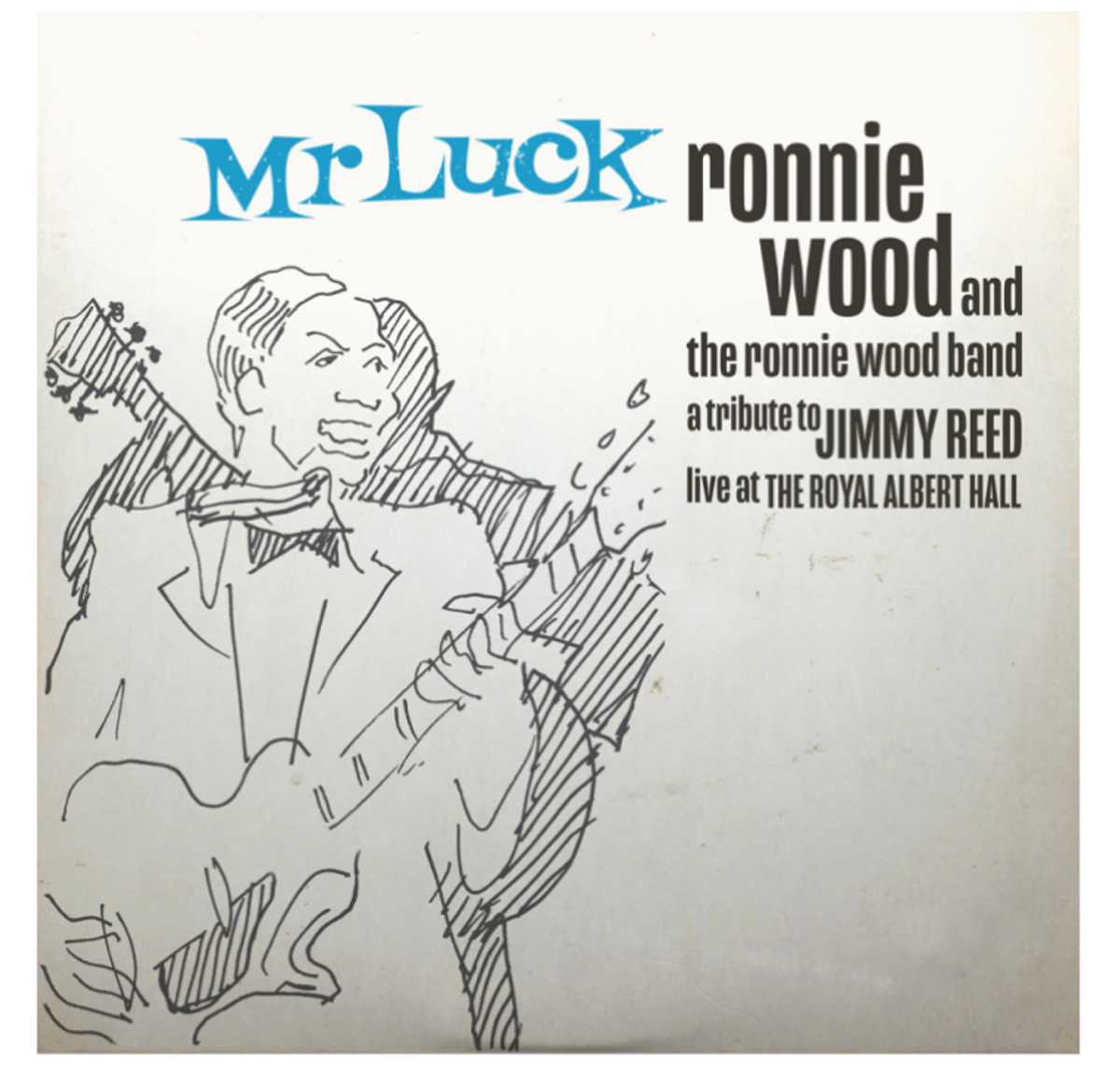 Ronnie Wood and the Ronnie Wood Band return to the blues with the second installment of his live album trilogy - Mr. Luck - A Tribute to Jimmy Reed: Live at the Royal Albert Hall.

Mr. Luck - A Tribute to Jimmy Reed: Live at the Royal Albert Hall will be released by BMG on September 3, 2021. The 18-track album features The Ronnie Wood Band including Mick Taylor with incredible special guests, Bobby Womack, Mick Hucknall, Paul Weller, and pays tribute to one of Ronnie's musical heroes and major influences, the Mississippi electric blues pioneer Jimmy Reed.

The album is recorded live on a memorable night at the Royal Albert Hall on November 1, 2013. It features stunning tracks including "Good Lover" and "Ghost of A Man." With unique album artwork specially created by Ronnie, Mr. Luck will be available digitally, on CD, as a vinyl release, and as a beautiful limited-edition dual-tone smoky blue vinyl.

When self-taught guitarist Eddie Taylor imparted his skills onto his friend Jimmy Reed, he surely couldn't have imagined the effect this was to have on the Chicago blues scene. Backing up such luminaries as John Lee Hooker, he is best remembered for his work with his former student.

The Ronnie Wood Band - Let's Get Together (ft. Mick Taylor) (Live at the Royal Albert Hall)

Sweet coincidence, then, that in 1974 another Taylor, Mick, would make way for Ronnie Wood in the Rolling Stones, paving the way for these two friends and celebrated guitarists to work on projects ever since. The culmination of this to date is Taylor's place in The Ronnie Wood Band at the Royal Albert Hall for 2013's Blues fest, where they played the now-legendary set that would come to birth to this recording.

In regard to Mr. Luck, Ronnie comments:"Jimmy Reed was one of the premier influences on the Rolling Stones and all the bands that love American blues from that era until the present day. It is my honor to have the opportunity to celebrate his life and legacy with this tribute."

This album marks the second iteration in a trilogy of special and personal albums by Wood and the band, celebrating Ronnie's musical heroes. The first album, Mad Lad explored the work of Chuck Berry as an emotional commemoration after Berry's passing just over two years ago. Ronnie toured with Berry and was a lifelong fan.

From Your Site Articles
Related Articles Around the Web
ronnie wood