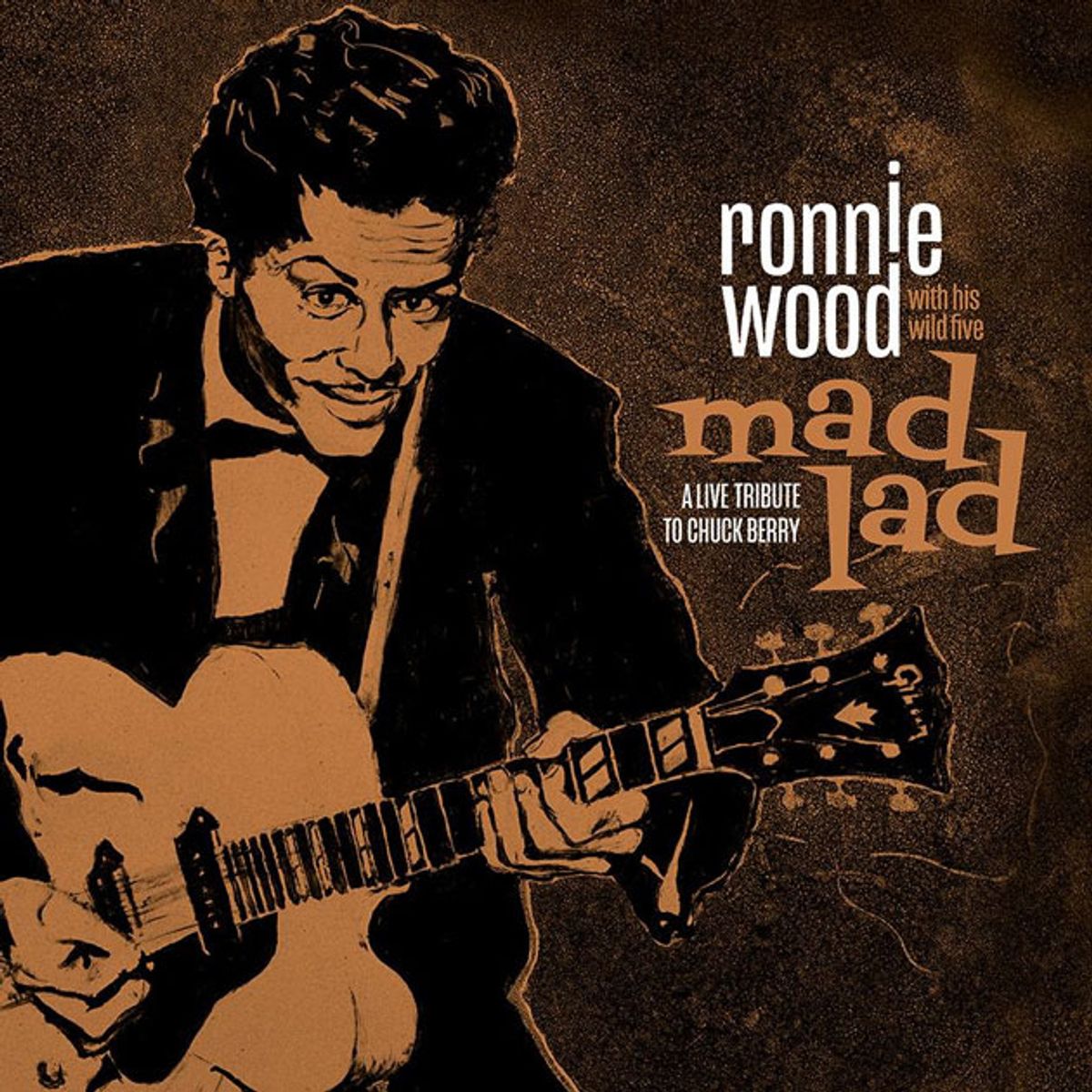 Mad Lad: A Live Tribute to Chuck Berry will be released on November 15th as the first in a trilogy of tribute albums.

Released by BMG on 15 November, the 11-track album was recorded live at Wimborne's Tivoli Theatre last year and is a loving nod to one of Ronnie's musical heroes, Chuck Berry. The album features guest appearances from singer Imelda May and pianist Ben Waters. Featuring tracks including "Tribute to Chuck Berry" written by Wood and "Worried Life Blues" written by Maceo Merriweather, and with the album artwork hand-painted by Ronnie himself, Mad Lad will be available digitally, on CD, on heavyweight vinyl, deluxe box set (CD, LP and 12x12 artcard of the album artwork) and in a super deluxe limited-edition box set (including CD, LP, 12x12 art print, signed and numbered set list and T-Shirt).

The album will be the first in a trilogy to be recorded by Wood and the band in the coming years, each paying tribute to Ronnie's musical heroes. Ronnie chose Chuck Berry for the first album as he has been a lifelong fan, has toured with him and also, to honour his sad passing just over two years ago.

The album is released as Ronnie is due to be honoured at the London Film Festival (12th October) with the premiere of the Mike Figgis directed Somebody Up There Likes Me, an in-depth documentary about Ronnie's life and careers both in the Rolling Stones and in the art studio. The film will be released in early 2020.