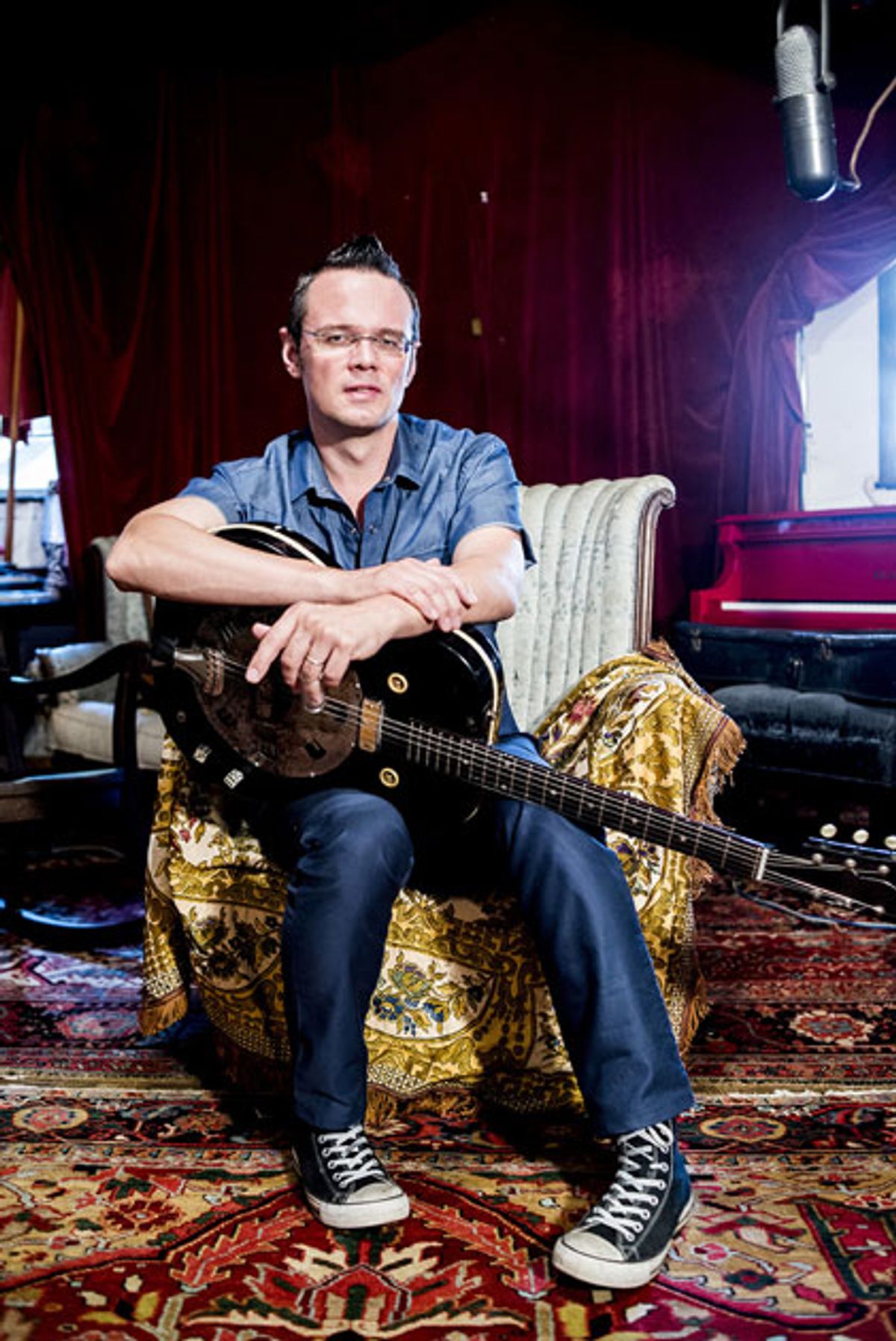 The North Mississippi Allstars frontman performs a song from his new solo album and gives a spirited lesson in hill country blues fingerpicking.

On the front porch of hill country blues and fife-and-drum legend Othar Turner’s home in Senatobia, Mississippi, is where Luther Dickinson found inspiration as a young guitarist in the 1990s. “Mississippi Fred McDowell was my favorite guitar player, and I’ve been studying his music for many, many years. When I finally took my guitar down to Otha’s house, he was like ‘Damn boy! I didn’t know you could do that!’” remembers Dickinson. “I didn’t know that Otha and Fred McDowell were best friends and used to be neighbors.

“Back in the day when I was a teenager, I would sit on Otha’s porch with our friends, all guys in the hill country blues scene, and we would all play guitar. We’d try to get Otha fired up enough that he would start singing. If he started singing, we knew we were getting somewhere.” Dickinson recorded many of these precious porch jams. “After Otha passed I went back and transcribed them,” he says.

We’re proud to premiere this video performance of one such song, “Hurry Up Sunrise,” from Dickinson’s ambitious new double album, Blues & Ballads (Folksinger’s Songbook: Volumes 1 & 2), as well as an exclusive video lesson where Dickinson describes the fingerpicking style he gleaned by observing his elders.

The always light and loose Dickinson tells the story of first adopting the groove from Otha’s front porch and, at his father Jim Dickinson’s suggestion, creating a duet of “Hurry Up Sunrise” with Lucinda Williams. Dickinson also shares how he learned to use his thumb to develop an authentic hill country blues fingerpicking style, and gives tips on how to approach the range of motion in your other four strumming fingers. (Like Luther says, you can even practice on your jean seams!)

It’s musical memories and traditions like these which inspired Dickinson to create his latest body of work, Blues & Ballads, released earlier this month. The vinyl version comes with a limited edition songbook complete with transcriptions for each song. “The limited pressing makes the legitimacy fleeting and as it should be: rare and underground,” says Dickinson. “I represent the Memphis underground and the Mid-South region’s music. This art is not for the masses. It is meant to wither and fade and then rise from the ashes again and again, evolving and mutating.”

The album encompasses works he wrote with his father, collaborations with some of his dearest musical compadres and mentors such as Mavis Staples, and songs he wrote with his brother Cody Dickinson and their band, the North Mississippi Allstars. Otha Turner’s granddaughter, Shardé Thomas, is also a focal musical force throughout, offering vocals, fife, drums, and even accordion.

Dickinson also incorporates and reinvents old lines and phrasing from songs that have existed in the folk lexicon for years. One example is on the track “My Leavin’,” which ends with the line, “When my evening sun goes down.”

The resulting collection of 21 songs is a memoir of sorts. Dickinson’s dream was to create his own songbook—a stripped down ode to his own family’s musical history, with a nod to the future.

“My whole life my dad really helped teach me how to craft songs,” Dickinson says. “I’d bring in these rough songs and we’d demo them up and record them. He would always go through them and make sure the syllable count added up and the rhymes were traditional. He taught me the importance of getting the most out of every word, making every word as strong as it could be. Now that he’s gone, I still work on songs using what he taught me. We’re still working together, because he taught me how to do it. The collaboration lives on.”