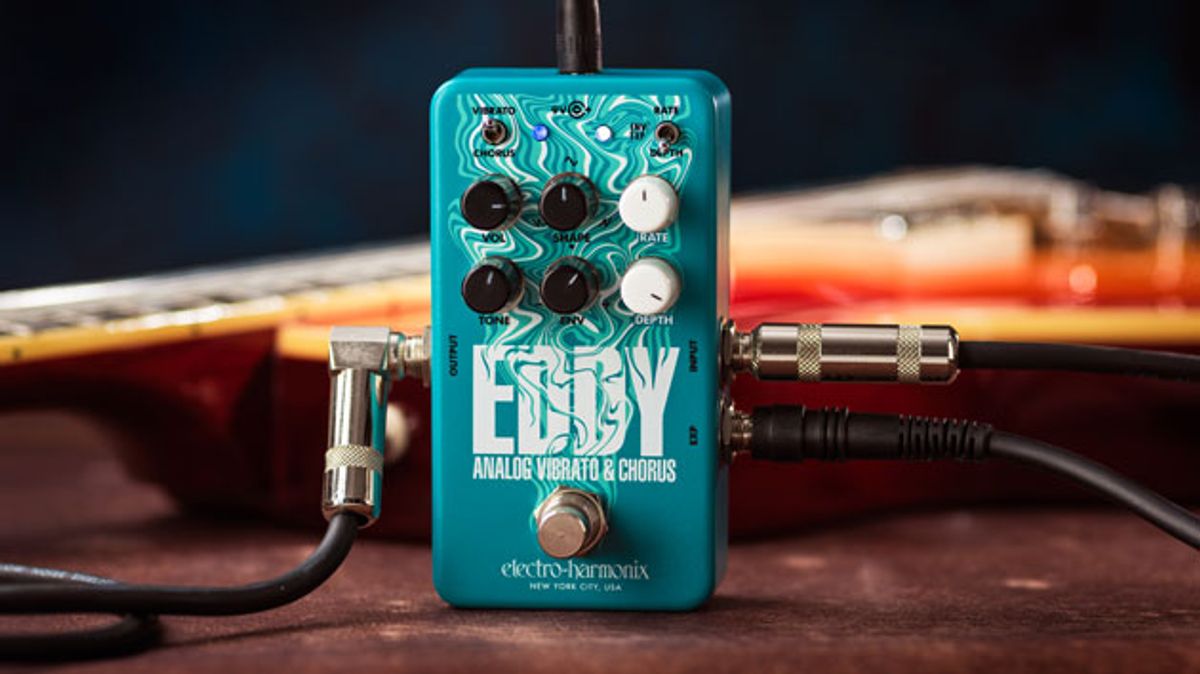 A fully analog setup that offers envelope and expression control over the modulation rate and depth.

New York City, NY (December 2, 2020) -- Electro-Harmonix announces the Eddy pedal, a vibrato and chorus with an all analog signal path that includes envelope and expression control over modulation rate and depth. The Eddy also features LFO shape warping and a tone control which expand the versatility of its classic modulation effects.

Despite its pedalboard friendly footprint, the Eddy offers a full set of controls. Toggle switches let the user select between vibrato or chorus and rate or depth control via envelope or EXP. RATE sets modulation speed, DEPTH the amount of modulation, SHAPE the shape of the modulation LFO, and ENV determines how playing dynamics cause the pedal to respond.

The Eddy is equipped with two LEDs, a white status LED indicates when the effect is engaged and a Blue strobing LED displays the rate and shape of the modulation.

EHX Founder, Mike Matthews, stated: “EHX’s long history in creating bucket-brigade based pedals goes all the way back to the Electric Mistress flanger, the Memory Man analog delay and the Clone Theory chorus/vibrato. The new Eddy springboards off that rich heritage and adds modern control to classic sounds.”

The Eddy pedal comes equipped with a standard EHX 9.6DC200mA power supply and features a USA street price of $99.00.