A Reply to Jol Dantzig 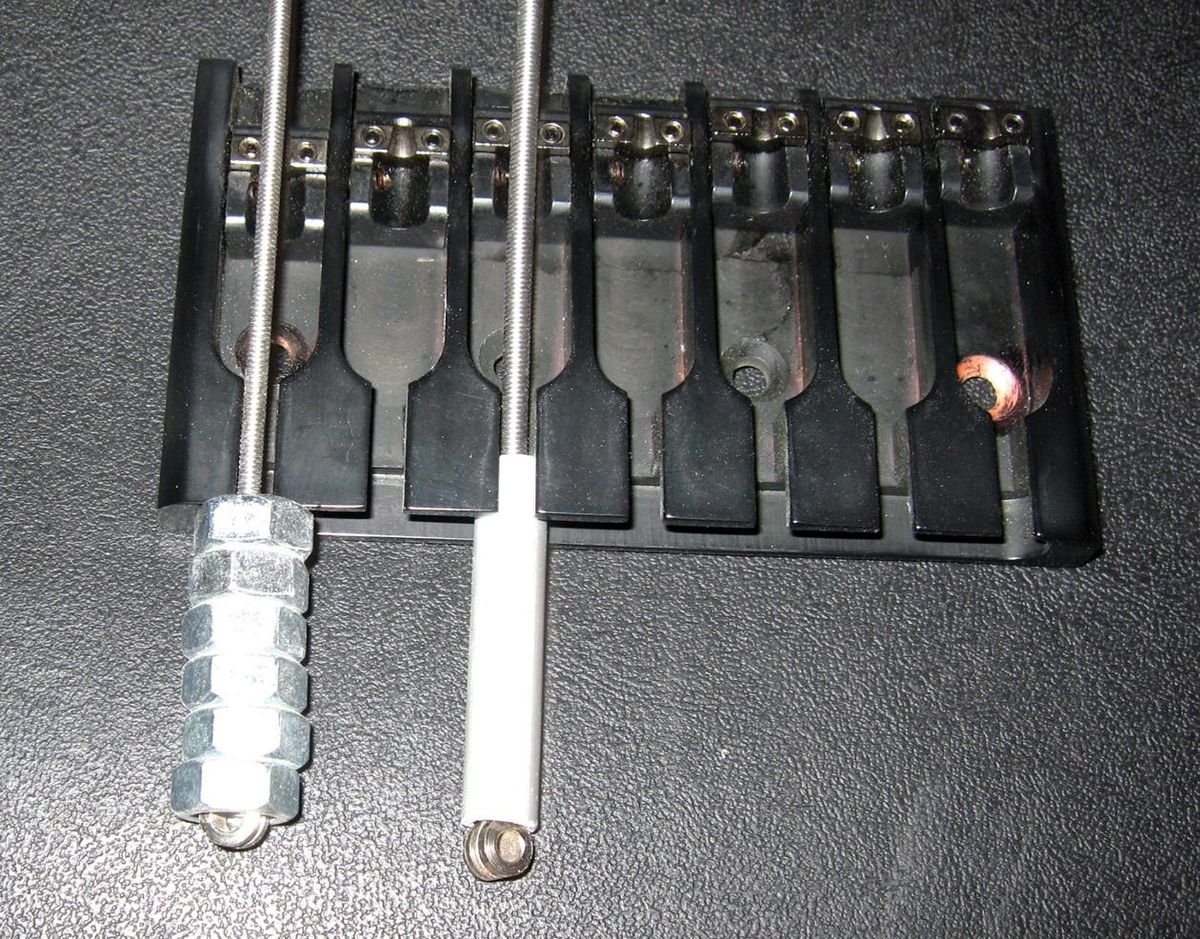 Esoterica Electrica columnist and luthier Jol Dantzig has been exploring string-tension myths in recent Premier Guitar articles. Here are some thoughts to add to the discourse.

Your recent PG articles, "The Doors of Perception" and the follow-up "The String-Tension Follies Experiment, Continued," are an interesting read about string tension, a topic of which your friend Collin Olson of D'Addario said: "There's definitely a lot of confusion out there." He's right, and you're definitely not alone with your doubts, thoughts, and struggles.

Recently a bass builder came up with the idea of how to make a 30" short-scale feel and sound like a 34" long-scale bass. He intended to use a string-through bridge and attach the tailpiece at a place where Floyd-Rose-equipped guitars have those spring-claws to elongate string length. He was about to spend a lot of money on a patent, which he now hopefully saves for something else.

I've discussed this topic in a few earlier columns, but sometimes we might be skeptical about a certain idea and need a different explanation and view angle before we know what's wrong. And since this is even discussed among experienced luthiers, I wanted to shed some light on it.

You mentioned four questions you've been thinking about, and I allow myself to start with my short answers:

2. Does string tension really affect tone?
No and yes.

4. Can Eric Johnson tell when my battery is alkaline?
Surely not, but he's free to believe whatever he wants.

With questions #3 and #4 being a very different topic, let's focus on questions #1 and #2.

The issue of string tension has a mathematical answer. This is the formula for a string's tension (T):

I'm sure you've seen this, but let's put it in words: For a given speaking length of a specific string, tension equals frequency, or the root thereof.

And, less mathematical, if I said that length behind the bridge would add tension, you'd need to tune down to a lesser tension to get back to pitch "f." A classic circulus vitiosus.

Tension (if one-dimensional) is an axial force between two points and is in equilibrium across the whole length of the string between both anchor points, wherever these are. But pitch only depends on its speaking length.

I've discussed this topic in a few earlier columns, but sometimes we might be skeptical about a certain idea and need a different explanation and view angle before we know what's wrong.

Two of these "bass-extender" constructions are shown in Photo 1, which to me is not only simple, but debunking at the same time. In physics, it's often helpful to look at the extremes. Assuming adding length worked:

A.) It would be almost impossible to build a good-sounding headless bass, as these sport an extremely short overall string-length.

B.) Using an extra, extra-long string, wound all across the room, would allow one to forever dominate the bass world.

Both outcomes not only sound very unlikely but have been disproven. It's no surprise that you mention two specific instruments that led to the idea of outer string length affecting tension: the upright bass and an archtop guitar or bass.

Photo 2 - This German Fasan archtop bass (built in 1965) has a shallow break angle and long string-length on the left side of the bridge.

Both of these are known for their extended string length behind the bridge, sport a separate bridge and tailpiece, and, more importantly, are half or fully acoustic instruments. On an acoustic instrument, you'll want to remove as much weight and stress from the soundboard. The first eases movement of the top, while the latter allows for an even thinner soundboard, moving even more air.

This construction with a very distant bridge and tailpiece is exactly the one where perception chimes in, although I'd prefer to use the term elasticity. Whenever we pluck or bend a string, we apply a force (F) to a given string with an elasticity (E) and diameter (A). According to Hooke's law for a material's elastic behavior:

E and A are constant and so would be the force that needs to be applied for bending a string by ∂l. For a given instrument, l0 is constant—close to the scale length for a headless, and scale length plus the additional length outside the scale, if the string can slip over the bridge once we bend it. When l0 getting bigger, the force needed for the same bend gets smaller and this results in the perception of a softer, more elastic string. Of course, the break angle at both ends of the scale length needs to be rather shallow with low friction to allow for the string's slippage (Photo 2). It's discussed in my PG column "The Break Dance Behind the Bridge" [February 2021].

A final answer to your question about its effect on tone is pretty complex and one I'm also still struggling with. A few of my thoughts on the subject went into the article "Bridge vs. Tone" [March 2021].

Maybe these can give you some ideas to chew on?

From Your Site Articles
Related Articles Around the Web
bass bench

A Closer Look at Optical Pickups