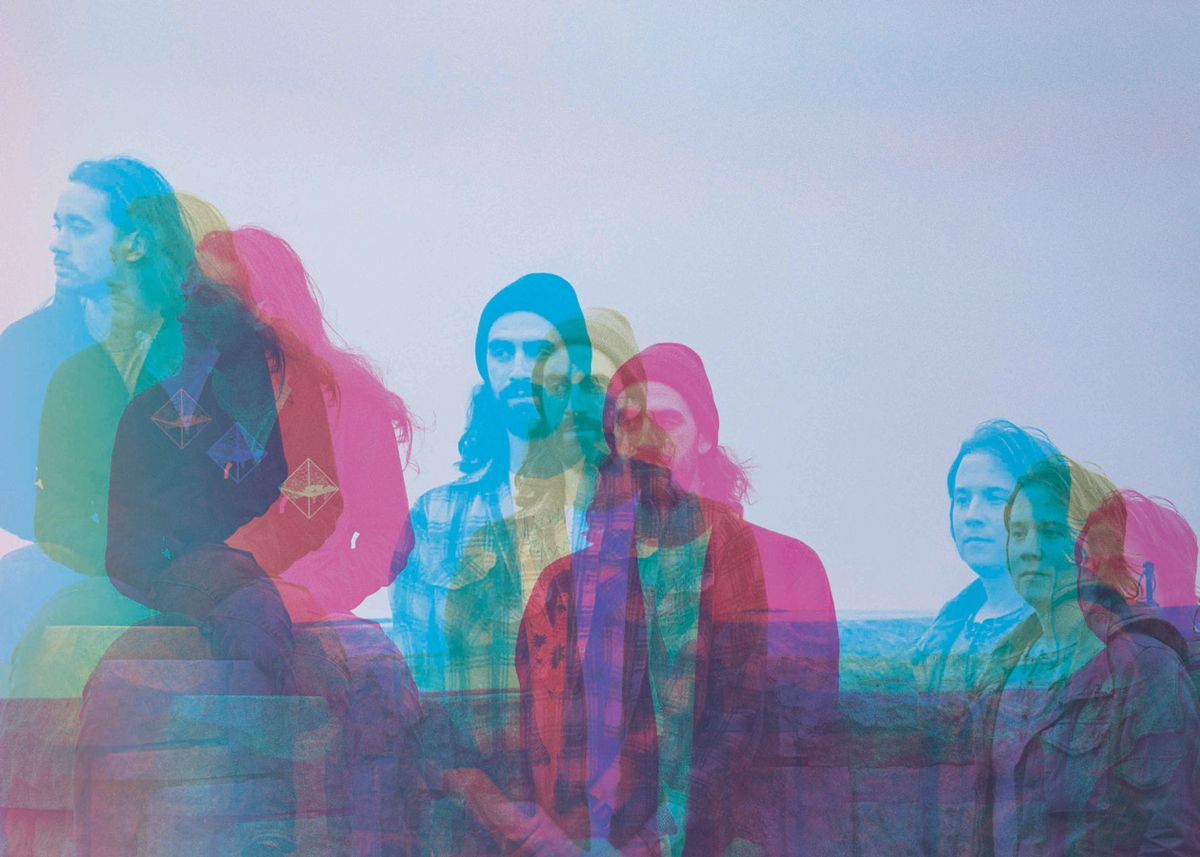 This time … we’re sharing a track from the band’s next album, Dead Star, due on March 20. “Eta Carinae” is a psycho-blues acid trip with sonic chemistry that exists in 2020 and 1971 simultaneously. But before taking the track’s twisted trip, how about some background?

The tasty leftovers of the 47-minute Orion provided the feast of the EP Repeater, released in early 2018. The three-song collection would be a perfect soundtrack to a time-lapsed, mountain-climbing video. The expansive 13-minute opener starts calmly, like any ascent, but as it continues, things begin to speed up, intensify, and grow darker before a crescendo-ing crash of celebration on the summit.

Later in 2018, the trio released their sophomore album Longing to Be the Mountain. The pace on LTBTM is much like the smooth cadence and perpetual hypnotic groove of hip-hop star NAS—it’s deliberate, powerful, and always bobbing forward. Space is much more prevalent than on Orion. If that debut album felt like a collection of short stories, LTBTM came through as a cohesive narrative that flowed like a novel.

And Dead Star—which is more white dwarf than black hole—is their fourth and most ambitious EP, with over 30 minutes of rock gestated and nurtured from the LTBTM sessions. Self-recorded in late 2019 and early 2020, it is packed with some of band’s boldest risks.

“In the early stages of Dead Star, we made the decision to make a strong commitment to experimentation,” explains guitarist/vocalist McVay, “from exploring different tunings and textures, to tweaking the songwriting processes. We’re extremely proud of these recordings, and feel it’s some of our most ambitious work.”

The results reveal McVay’s most-urgent and aggressive vocals, scene-changing time signatures, and the perfect instrumental oddball, “Ecliptic.” (Think of a Stranger Things soundtrack devised by John Carpenter.) New intricacies like these, added to their staunch balance of steamrolling flow and boundless atmosphere, forge a fresh chapter in these space cadets’ saga.

“Eta Carinae” is the glue of side B of Dead Star. It’s sandwiched between the ’80s synth-centered “Ecliptic” and the closing title track whose acoustic intro washes into a cascading, crashing conclusion. The busy and groovy middle of the journey of “Eta Carinae” travels through two different droning passages, following a droning (of course!), syncopated short-delay-guitar-opening over the busy rhythm section. The song eventually transforms into a head-bobbing interplay of guitar and drums that conjures Sabbath’s “War Pigs.” This section builds until McVay unleashes a short solo that fades into a droning outro powered by chugging palm-muting.

King Buffalo already has a spring tour on the books for the U.S. in March and April. You can find out about the rest of their plans and releases by visiting their website.

Check out the band's Rig Rundown filmed in November 2019.