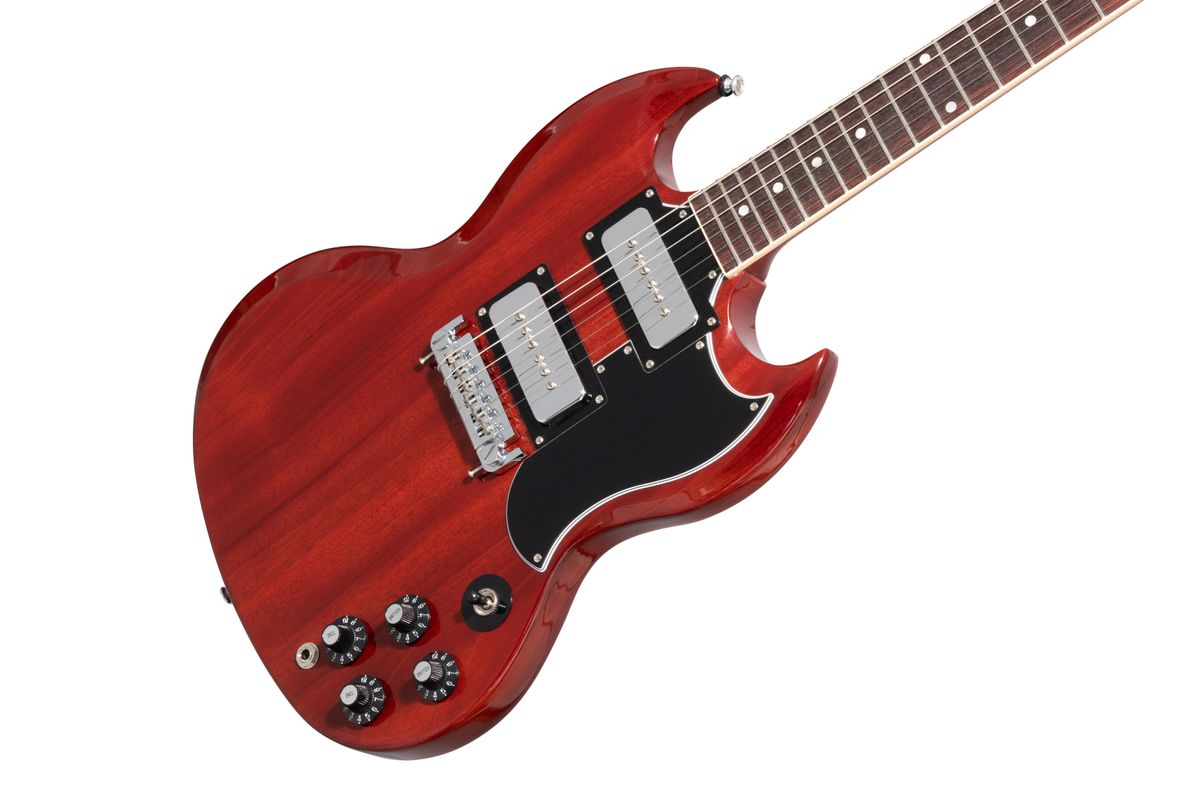 By leveraging its iconic past and leaning into an innovative future, Gibson has set the stage for the next era of sound for present and future generations. Gibson is proud to take the next step in the partnership with legendary guitarist of Black Sabbath, Tony Iommi and launch the Tony Iommi SG Special from Gibson USA, a new and exciting version of his beloved SG guitar which helped shape the start of Heavy Metal. The Gibson Tony Iommi SG Special is now available worldwide on www.Gibson.com.

Tony Iommi's iconic riffs, heavy tones, and massively influential albums created the blueprint for heavy metal and many other genres to follow. After an early accident that almost ended his career as a guitarist, Tony persevered to become universally loved and revered. And while Tony's innovative tuning and playing styles have always been a major part of his monstrous tones, his original, heavily--modified 1964 Gibson SG Special, nick-named "Monkey" was at the center of it all.

"Recently, I was invited to Nashville by Cesar and JC who I must tell you are so enthusiastic and passionate," explains Tony Iommi. "I had the opportunity to go to the Gibson factories, meet the people that work there, and I saw how dedicated they all are to the craft. There's no stopping Gibson, which is great for all of us guitar players and I am pleased to now be able to share this SG guitar with a wide audience." "Tony Iommi is the true definition of a musical pioneer and as the architect of the Heavy Metal movement, he deserves to be celebrated at every opportunity," says Lee Bartram, EU Head of Marketing & Cultural Influence, Gibson Brands. "With this guitar, Gibson USA has created the ultimate tribute to an icon resulting in a very cool Gibson SG suitable for all genres of music."

Now Gibson USA has created the Tony Iommi SG Special guitar based on the iconic original that launched countless heavy riffs. The Tony Iommi SG Special in Vintage Cherry is fully available in both left-handed and right-handed versions and features a mahogany body, bound mahogany neck with a rounded profile, Indian rosewood fretboard with 22 frets, a Graph Tech nut, Grover Rotomatic tuners with contemporary style buttons, and chrome-covered P-90 pickups. A reproduction of Tony's "Monkey" sticker is also included in the custom case.

From Your Site Articles
Related Articles Around the Web
tony iommi