Magnetic Effects and The Datsuns Collaborate on Eye To Eye Phaser 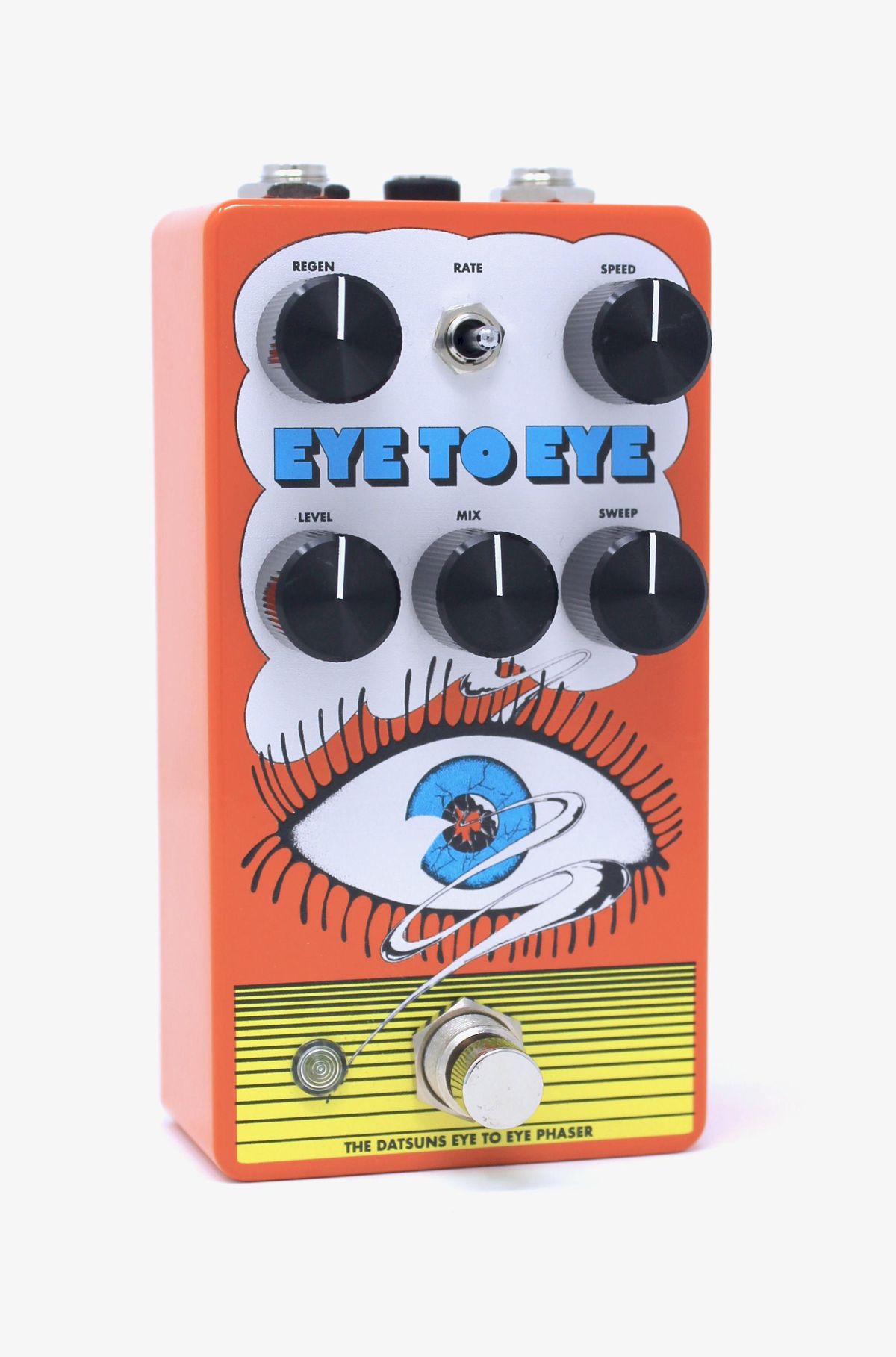 An all-analog, 4-stage phaser that delivers classic swirl and undulating waves of sound.

Magnetic Effects are pleased to release the Eye To Eye. An all analog phaser pedal produced in collaboration with New Zealand band The Datsuns to celebrate the release of their new album also titled Eye To Eye.

The Eye To Eye is an analog 4 stage OTA-based phaser capable of many shades of phase including slow and swirly through to fast and intense.

The versatile control set includes a MIX control which changes the ratio of dry to wet signal. This allows the pedal to blend between dry, phased and vibrato settings. At minimum, you will hear only the dry signal. Set it to noon for equal parts dry and wet, the traditional Phaser setting, and set it to maximum for 100% wet resulting in pitch vibrato. Exploring the in-between settings reveals more shades of phase.

The SPEED control has a wide speed range which is extended further via the three way RATE toggle switch which selects the overall speed range of modulation. The middle switch position disables the LFO to enable the Eye To Eye to act as a stationary filter.

The range of frequencies the phase sweeps through is controlled by the SWEEP control. Set low for a narrow range and a less dramatic effect, or higher for a wider range resulting in a more pronounced phaser effect.

A VOLUME control allows you to compensate for any perceived volume difference that can occur when using a phaser. It also allows for a boost in output level for solos.