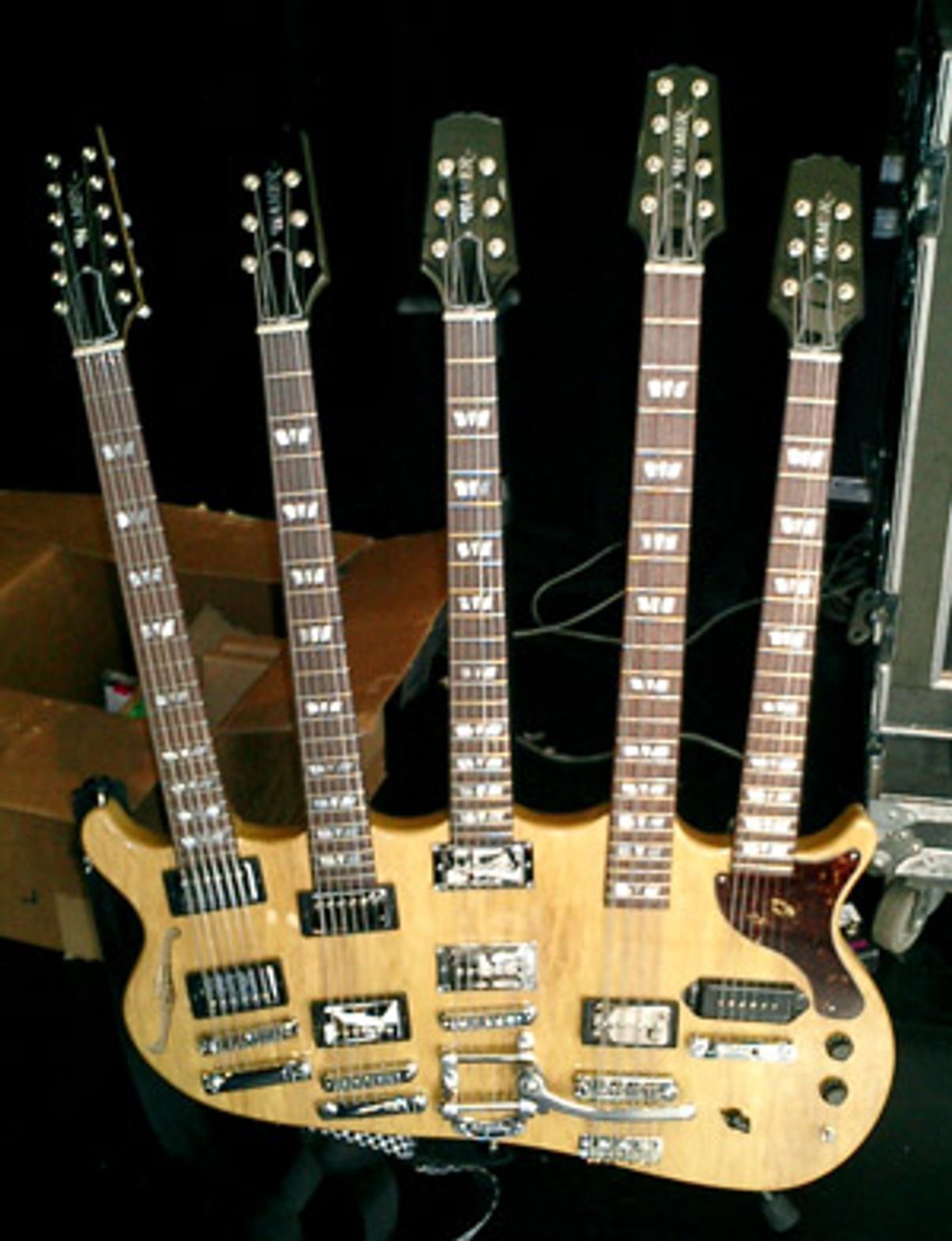 Rock Stars’ Cars & Guitars 2 will be on display this summer from May 16 to September 7 at the Henry Ford Museum in Dearborn, Michigan. The exhibit, which first ran in 2007, will feature an all-new lineup of guitars and cars. There will be more than 20 famous cars and over 50 legendary guitars on display, along with concert props and costumes.

“Our visitors couldn’t get enough of the first Rock Stars’ Cars & Guitars exhibit in 2007,” said Patricia Mooradian, president of The Henry Ford. “This year’s exhibit is more amazing than the first, with rock memorabilia from the biggest names in the business—Pink Floyd, The Who, Social Distortion, Alice Cooper; it is a really fantastic lineup.”

The exhibit brings together items from stars’ personal collections, the Rock and Roll Hall of Fame, and Experience Music Project. This year’s exhibit was compiled under the themes of British invasion, rock pioneers, customized creations and an “altar of guitar gods.”