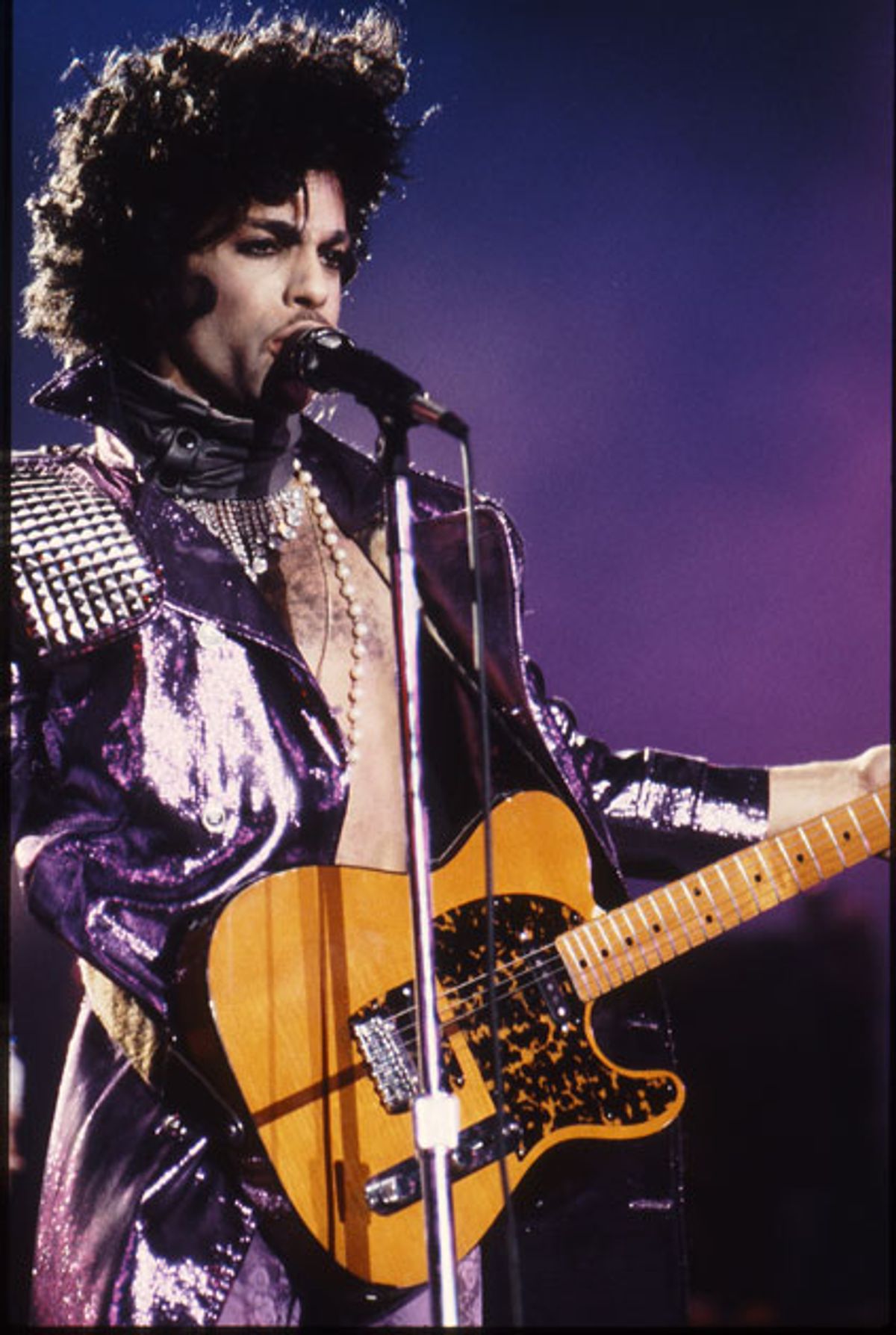 Video
Prince, shown here performing in 1985, is known for his oddly shaped custom “cloud” and “symbol” guitars, but he was very fond of his H.S. Anderson Mad Cat Tele knockoff and played it live often.
Photo by Neil Zlozower

The way to get to know Prince is through his music. A tribute to a true original on guitar, onstage, and beyond.

And the hits kept coming: “When Doves Cry,” with its distinctive opening cascade of distorted notes; “Sign o’ the Times,” stripping haunted blues down to a primal, two-note riff and a bend upward (always ascending); “She’s Always in My Hair,” tailing out with a sitar-like motif that would’ve made Ravi Shankar jealous; the hard-driving rhythm of “Sexy MF.” Prince could play funk rhythm guitar arguably better than anyone ever did, because the feel was all in his hands, in his attack, and in his keen sensitivity to how the pick hit the strings. (Just try the clean rhythm part to “Lady Cab Driver” from 1999. Go ahead, try it. And then try the bass part!) His versatility on guitar was so wide-ranging that he could channel Hendrix in a solo (check out the oft-bootlegged “Witness for the Prosecution,” recorded in 1989, or the latter-day single “Fury,” from 3121), then switch to a Jimmy Nolen-style rhythm, and then whip off a jazzy run of chords worthy of Joe Pass or Pat Martino, all in the space of 32 bars.