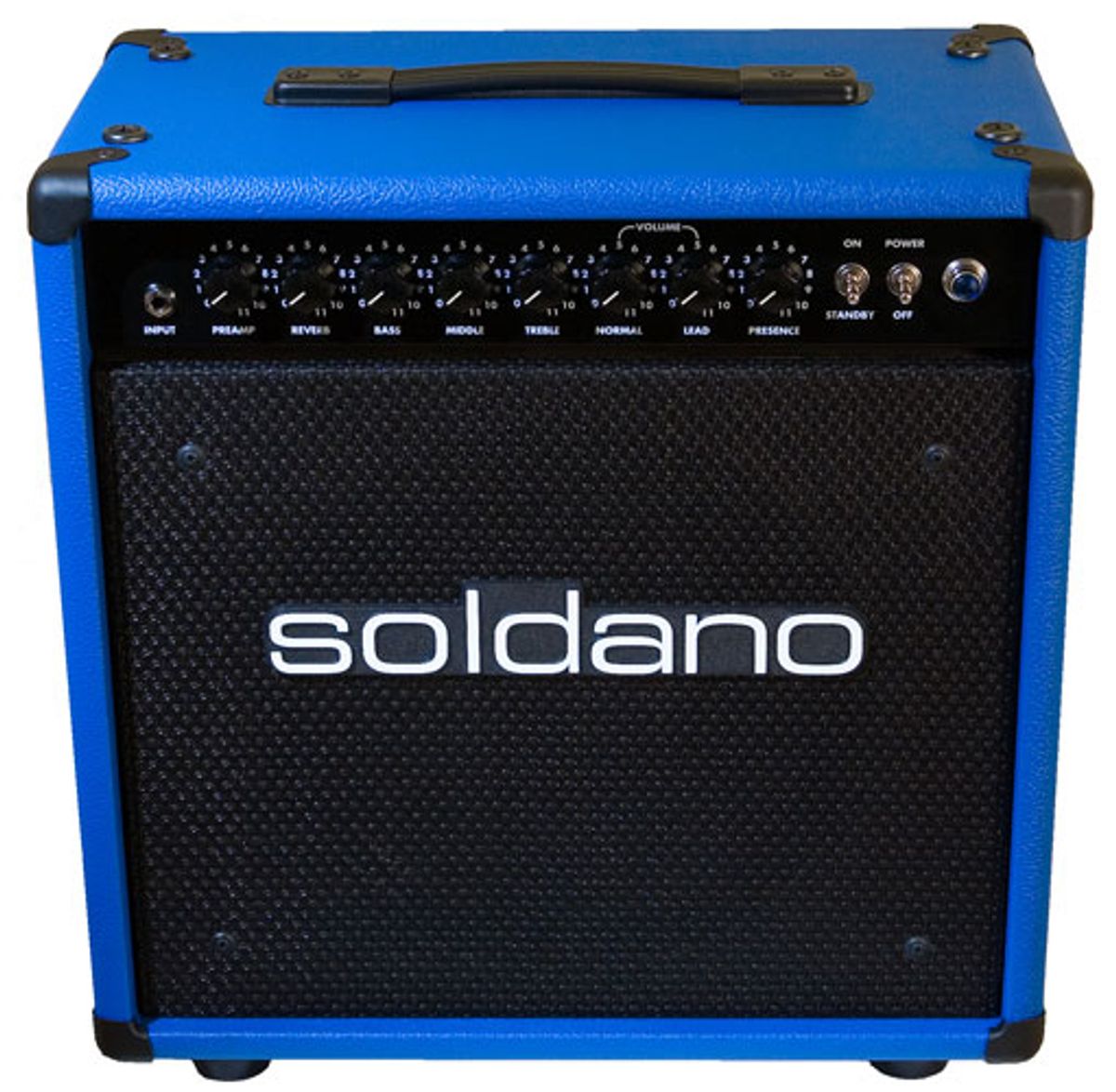 Memphis, TN (August 5, 2015) -- Celebrating their 10-year anniversary, Blues City Music has teamed up with Soldano Custom Amplification to relaunch the Soldano 44. The amp was created after owner of Blues City Music, James Burke, approached Mike Soldano with the desire for an amp with big sound in a tiny box. This “top shelf” amplifier provides guitarists with a wide assortment of tones, power, and versatility and can only be purchased direct from the new state of the art BluesCityMusic.com website.

This 50-watt amplifier measures at 17.5” tall x 17.5” wide x 10” deep and weighs 48 pounds with a semi open cabinet. But the first indication as to this being different from any other 44 is the regency blue tolex complimenting the blue “power on” jewel light on the front panel in a black chassis. This color combination is exclusive to Blues City Music. It is a 1 x 12” combo and uses a single “SLO-100” crunch channel for tone preservation and simplicity. The controls include preamp, reverb, bass, middle, treble, presence, and normal volume. The amp also has a lead volume control that is activated by a footswitch making it perfect for boosting solos. Two speaker jacks are provided to facilitate use of an extension speaker cabinet.

The Soldano 44 is equipped with two Sovtek 5881/6L6 power amp tubes, five 12AX7s pregain tubes from JJ, Tung-Sol, or Electro Harmonix, and a three-spring Magic reverb tank with a choice of the standard tank to chassis harness and speaker connection or the upgrade custom harnesses designed and manufactured by Solid Cables. A rotary impedance selector switch allows compatibility with 4, 8, or 16-ohm speaker loads. Players have their choice of speaker between the Eminence Legend, Celestion Vintage 30, Jensen NEO, Blackbird, or Electric Lightning as well as the WGS Blackhawk or Reaper.