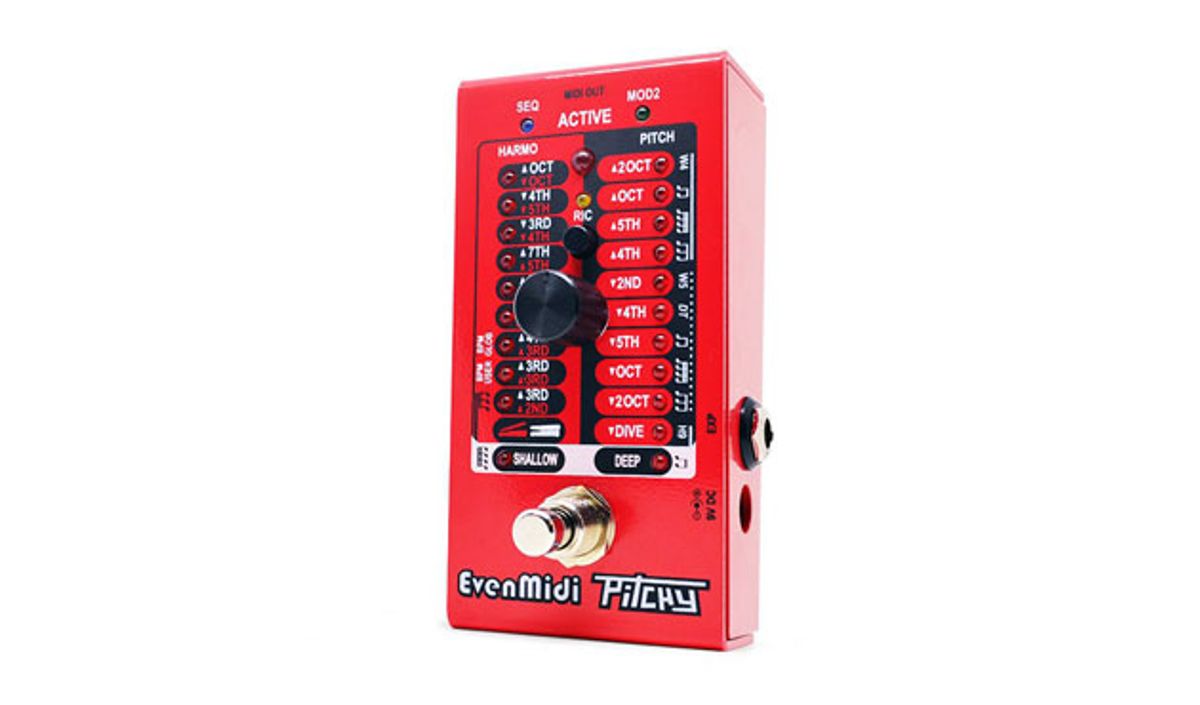 A controller designed to work with a variety of MIDI effects.

Using MIDI protocol, the Pitchy offers the opportunity for players to: