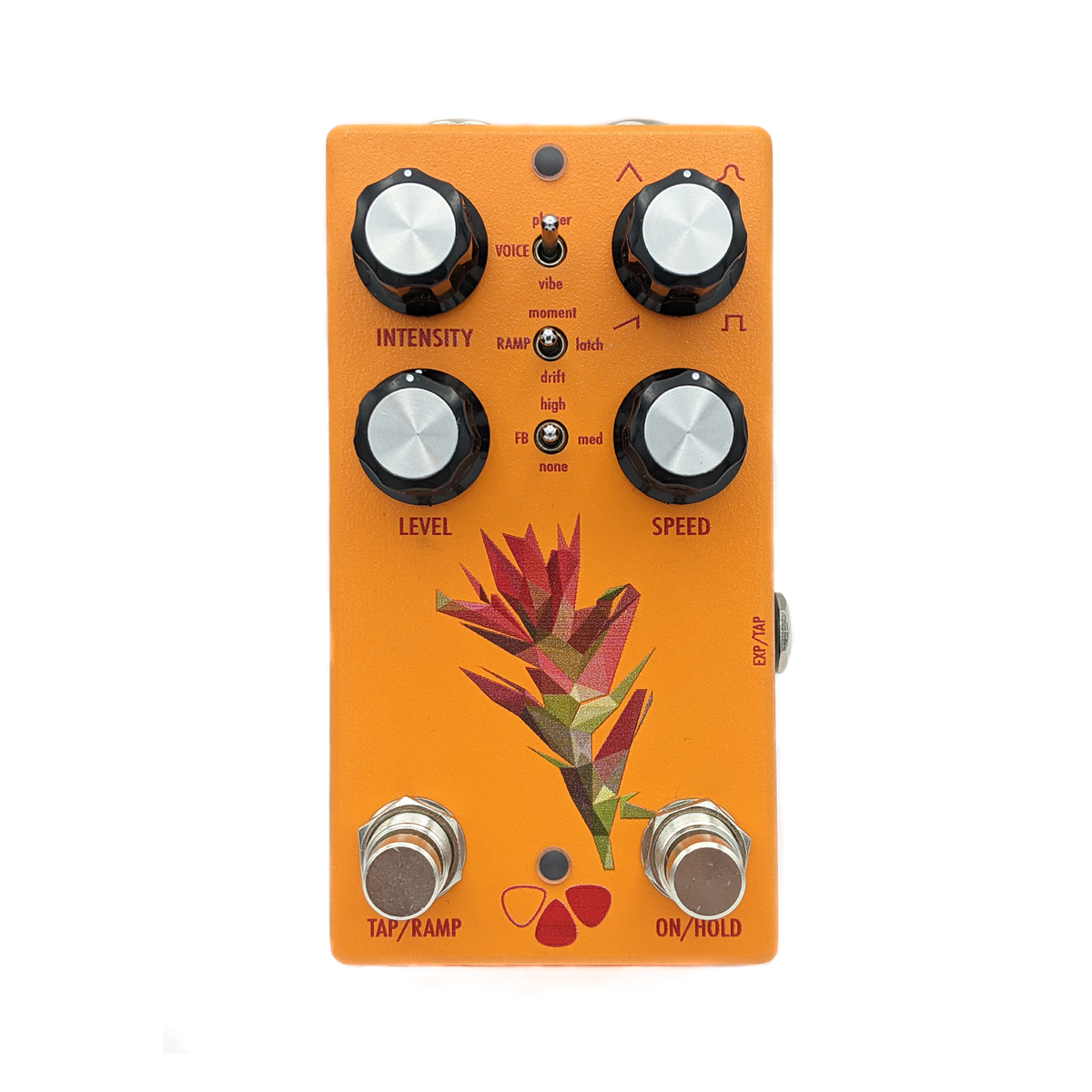 Looking for lush modulation to wash your tones across a prairie at sunset? Take a listen to the Castilleja Phaser! It's a 4 stage analog optical phaser with digital controls. Unlike most phasers, this one has two different voicings: the first a standard 4 stage phaser in the vein of classics such as the Phase 90, and the second voiced like the classic Univibe.

In addition to the two classic voicings, the Castilleja also has 3 levels of feedback (none, low, and high) as well as an option to switch between chorus (50/50 wet and dry) and vibrato (mostly wet) modes. Four continuously variable waveforms are selected via the Shape Knob. The frequency and depth of the LFO are controlled by the Speed and Intensity knobs. The Level controls the overall output volume with plenty of boost on tap.

For more information and demo videos or to buy a Castilleja, go to flower-pedals.com. The Castilleja is available for purchase both on the Flower Pedals website and Reverb.com for $249 plus free shipping in the U.S.

From Your Site Articles
Related Articles Around the Web
flower pedals