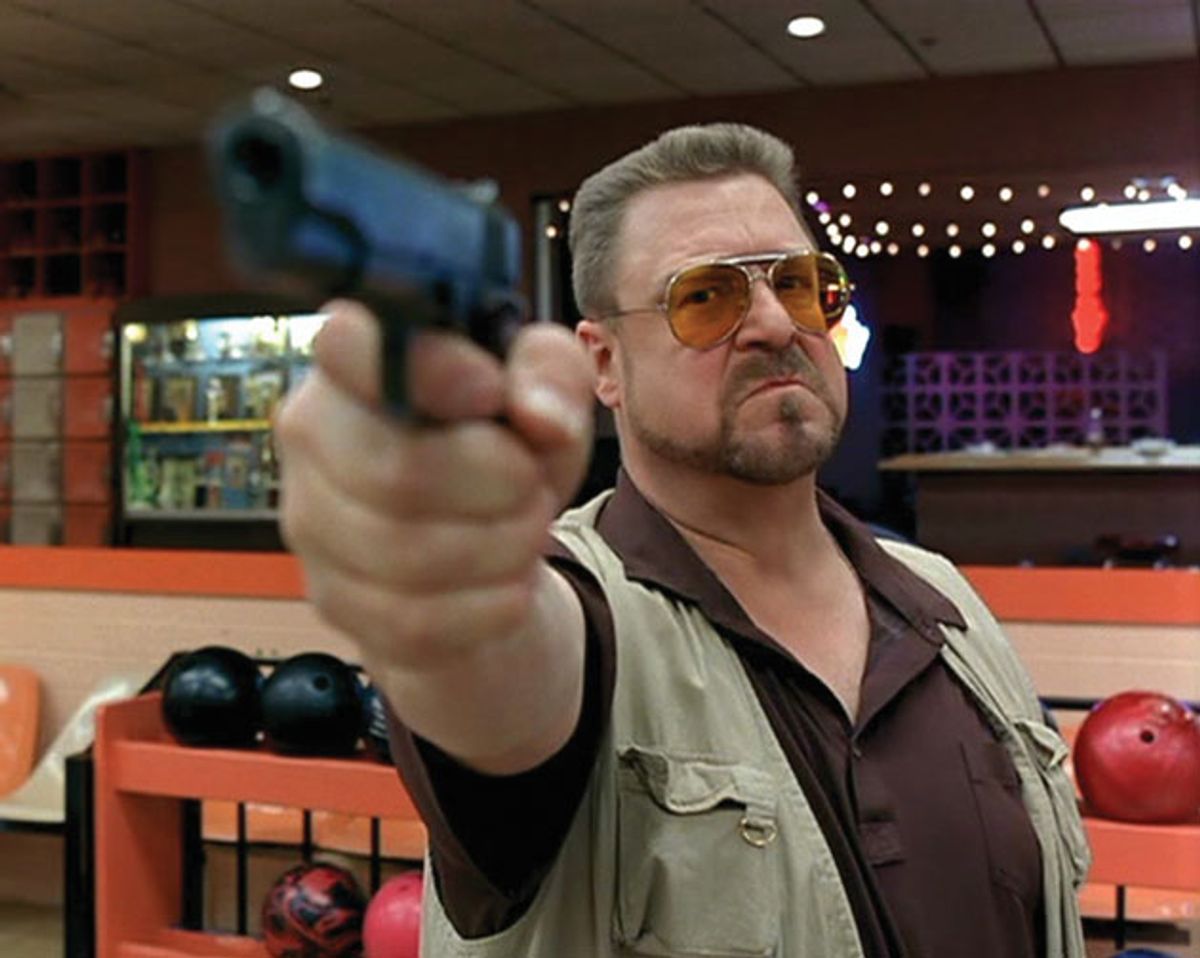 Conventional wisdom about warble technique makes you boring, not badass.

This old adage about “good” vibrato has been tossed off so often and so casually that I can’t help imagining “Dude” from The Big Lebowski uttering it through a stoned haze for the thousandth time—a 6-string twist on his most sagacious bowling advice.

You hear this mantra from players who’ve been at it for years on end. You read it in interviews with well-meaning guitar heroes. And you see it in countless videos of guitar gods mesmerizing crowds with a fretting hand pivoting back and forth like a perfectly tuned BMW piston. That’s all well and good—to each their own. But sometimes I think fluid vibrato is a rote technique we employ to protect our egos.

Like most epiphanies, this one came unexpectedly and via a pretty winding route. My 17-year-old son—a great visual artist, budding bassist and drummer, and crazy-smart kid—is a huge gamer. He’s especially into the Metal Gear series, an action-adventure game whose plot extends from the Cold War until the not-too-distant future, and whose themes deal with political intrigue, ethics of conflict, and the costs of war. He’s so into it that he dressed as the main character, Solid Snake, for the last two Halloweens. Naturally, he stays abreast of new series developments, too. That’s how he got our family hooked on a song by Mike Oldfield called “Nuclear” after hearing it in the trailer for Metal Gear Solid V: The Phantom Pain last summer.

Though I’ve known of Oldfield for a long time, I really didn’t know his music. Initially, I got into “Nuclear” simply because it’s a great song—bleakly beautiful. The post-apocalyptic tale begins with mellow acoustic strumming, subtle tremolo throbbing on a barely audible electric 6-string, and a plaintive vocal performance by Luke Spiller from the Struts. The lyrics were inspired by Oldfield’s grandfather, a World War I vet. “I never knew him,” Oldfield told U.K. newspaper The Telegraph last March, “So I hired a company to find out about him. It turned out he was a great character before the war but came home a very different man.”

After I’d listened to “Nuclear” a number of times purely as a music lover, I started to analyze it from a musician’s standpoint. Two things stood out (I’m sure you can see where this is going): At many points, Spiller’s vocals have a frenetic, nervous vibrato that almost communicates more raw emotion than the lyrics themselves. If he’d sung it with a hard-ass vocal coach’s view of “proper” delivery, the lines would’ve been rendered trite and empty. Meanwhile, Oldfield’s melodic leads from the midsection onward echo the frazzled vibe. Where a fluid, smoothly executed wrist vibrato would’ve rung hollow and egotistical, Oldfield’s fluttering approach is awash in anguish and trepidation that perfectly complement the harrowing theme.

Recently I’ve been experimenting with “incorrect” vibrato. It’s still new to me—it takes time to unlearn silly rules we teach ourselves—but I know it’s good for much more than tortured vibes. I know I should be consternating over this aspect of playing as much as note choice and tone. I should be stopping to consider whether up-and-down finger movements, exaggerated ovals, nervous trills, or asymmetrical spasmodic moves will offer more than orthodox wrist vibrato. Creative vibrato can impart an unsettling, Leslie-on-the-blitz vibe for isolated notes, or it can be employed at varying extremes—even on chords—to completely transform the definition of “your sound.” No outboard effect can do that quite like your hands. And in my book, anything that powerful is worth exploring.

One of the biggest lessons all this pounded home for me yet again is that we’ve got to be open-minded on a lot of fronts if we want to keep learning and growing. And I’m increasingly convinced that defying adages is the surest way to invigorate your music. So next time you hear someone tell you “It’s all in the wrist,” even if it’s your own OCD conscience, just respond with the Dude’s best comeback: “That’s just, like, your opinion, man.”