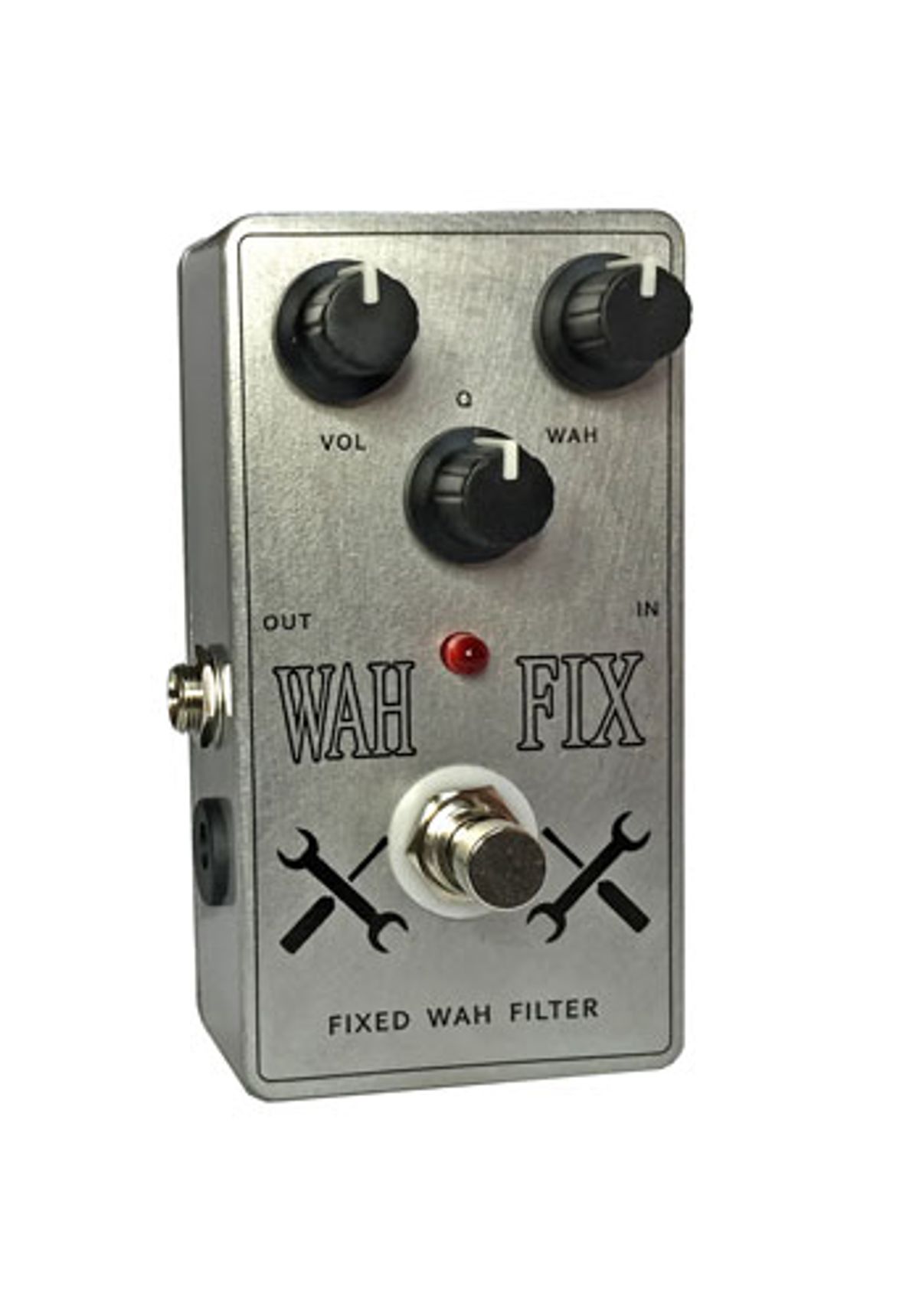 A fixed-wah pedal with controls for frequency, boost, and resonance.

The Wah Fix offers unprecedented control to a problem faced by guitarists using their wah pedals primarily for a treble boost or notch-filtering effect, namely, how best to lock-in that proverbial sweet spot. For many it’s a matter of taping coins or adjusting gear teeth to restrict the travel in their wah’s plunger, but more often the methods remain ad hoc, proving less than effective in live performance situations.

Based on the classic British-produced wah pedal from the '70s, Wah Fix incorporates all the essential components of the perfect vintage wah pedal but without the one imprecise variable of having to perfectly position one’s foot, making it now easier than ever to dial in a very precise tonal shape beforehand.