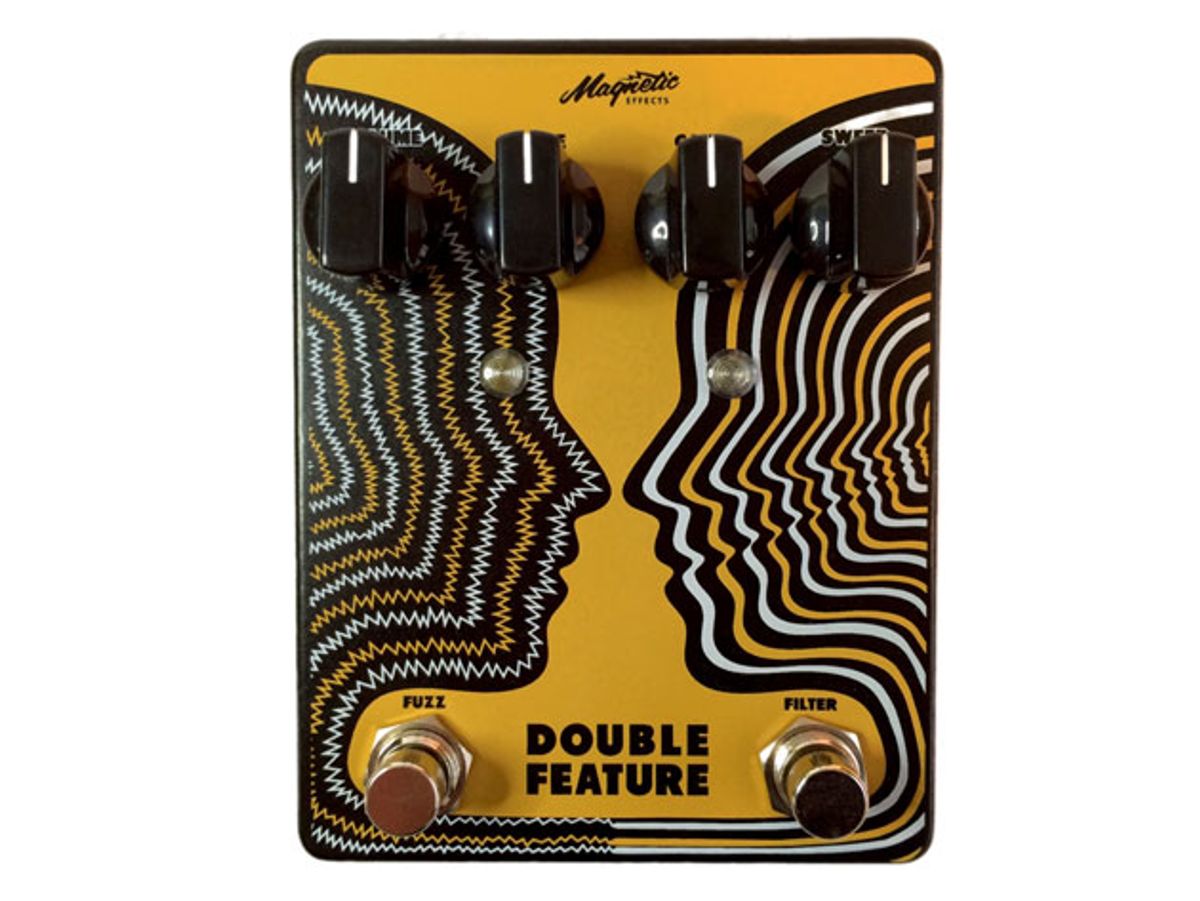 A dual fuzz and fixed wah with independently selectable fuzz and filter circuits.

The Fuzz side of the pedal features a raunchy, original design fuzz that is powered by a pair of stable vintage Russian germanium transistors which are driven into fuzz by a specially selected and slew rate limited opamp. The result is a loud, fantastic fuzz with plenty of output volume and sustain. Volume, Tone and Gain controls offer plenty of pleasing tonal flexibility.

The fuzz has a high input impedance and low output impedance which makes it play nice with buffered signal chains, wireless units and switching devices. The filter side of the pedal is a fixed wah. Many classic lead tones were recorded with a wah left in one position instead of being rocked back and forwards. This is commonly referred to as ?fixed? or ?parked? wah.

Unlike a traditional, large Wah Pedal where you have to move the pedal around to find the exact tone you are looking for when playing, the Double Feature allows you to dial in the ?Sweet Spot? using the Frequency Control. You can then access this tone by simply turning the pedal on and off using the Filter foot-switch.

All these features add up to make the Double Feature a great sounding AND easy to use fuzz that integrates well into a modern pedal board.