Let There Be Light in Your Tone 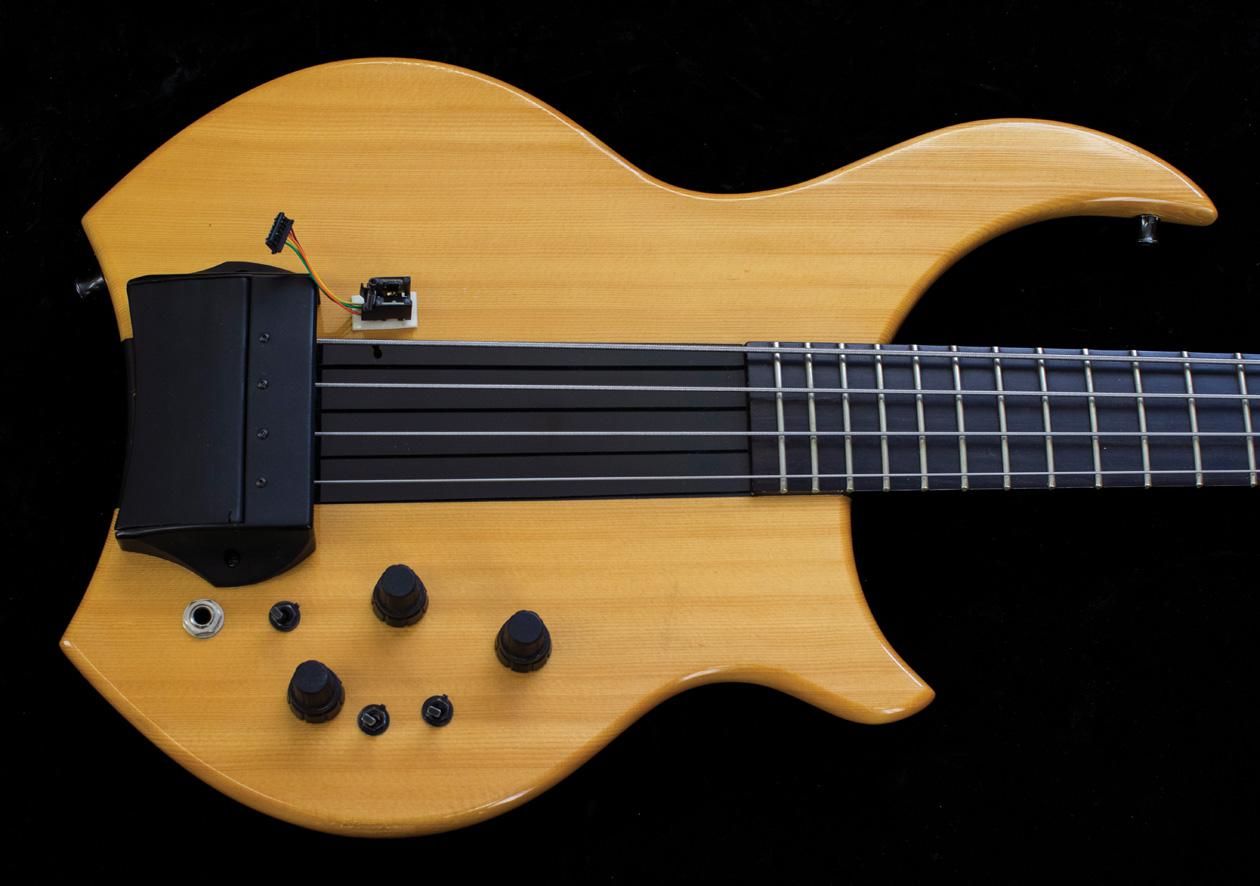 Photo 1 — Though it could present a challenge when palm muting, the bridge-integrated optical pickup on this Tom Lieber Spellbinder bass is almost fully shielded from ambient light.

Traveling beyond the world of pickup magnets to an optical galaxy for musicians.

I wrote a column touching on optical pickups a few years back ["Piezo and Optical Bass Pickups," October 2012], but every once in a while a new or upgraded concept enters the stage that warrants digging deeper. So, to refresh, what sets optical pickups apart from standard magnetic pickups?

Our classic combination of magnet and coil comes with a trait you can call either character or a limitation: a pickup-specific roll-off frequency that cuts off the upper range, mainly depending on the electric, magnetic, and geometric specs of the coil. Many of my non-musician friends are surprised that traditional magnetic pickups are commonly rated as low as 5 kHz, and ask why they should pay attention to the upper frequency limits when getting new hi-fi gear. Replying with "we have crash cymbals, too," is sometimes enough of an answer, but if they saw a real magnetic pickup's frequency-response curve, their hi-fi world would simply collapse. And—especially unfortunate for us bassists—these classic, magnetic designs also have limits in their lower frequency response.

Piezo pickups breaks these barriers on both ends of the spectrum. However, piezos often come with a rather harsh and dominating upper end that's not always pleasing to everyone's ears—especially when used with steel strings.

It may come as a surprise to some, but optical pickups actually first appeared in 1969 at the summer NAMM show in Chicago.

This is where optical pickups chime in. It may come as a surprise to some, but optical pickups actually first appeared in 1969 at the summer NAMM show in Chicago. A patent was granted to inventor Ron Hoag in 1973, but with Hoag's eventual retirement and his patents running out, the only optical pickups on the market in recent years have been made by LightWave Systems, for exclusive use in their own line of basses. However, this was different in their early years, when Lieber Guitars collaborated with Stanley Clarke and equipped a Spellbinder bass in 2001 with LightWave's bridge and massive circuit board (Photos 1 and 2).

One of the basic advantages of optical pickups is that their frequency range is theoretically unlimited—far out on both ends of our audible spectrum. Our hi-fi friends would be overwhelmed by the frequency response curve. And while every magnetic pickup sucks vibrational energy out of our strings—whether we switch them on or not—there is no interference between the pickup and string in any form with optical pickups (theoretical radiation or light pressure aside, of course).

In the same way we have different types of magnetic pickups with different electric and magnetic arrangements, there are also specifics that set optical pickups apart from each other. They all require some basics, like a light source and a light sensor, and can operate with visible or invisible and wide or extremely limited frequency ranges of light, but there are some basic constructional differences.

Early LightWave pickup systems came with a huge circuit board that didn't leave much wood on the backside.

Until recently, all available optical pickups were built for "transmission" mode, which is an arrangement where the source and sensor are on opposing sides of the string. What the sensor "sees" is the varying amount of shade from the vibrating string. Sounds simple, but the problem here is the positioning and calibration of the elements. As the string vibrates, there shouldn't be a complete coverage of light on the sensor. The result would be comparable to common clipping and you can't simply blow up the sensor's area to allow for more amplitude since your signal-to-noise ratio goes down significantly. The amplitude limits are why these pickups are often positioned close to—or even built into—the bridge and fully covered to shield them from ambient light. Worth noting is that even though the pickup elements are actually rather small, the large-ish covers required for shielding can get in the way when palm muting.

Light can sense all kinds of magnetic or non-magnetic string materials, so it's easy to switch between roundwound, flats, or even nylons, but this still often requires different setups. In transmission mode, you'll need to recalibrate whenever you're switching string gauges or readjust the bridge to optimize source and sensor usage. That said, the LightWave system's internal circuitry nowadays can support this setup process with LEDs that shine when the bridge sensors are correctly adjusted.

A second optical-pickup construction and design arrangement is called "reflection" mode, which we'll discuss next month. Reflection mode does make some of the aforementioned transmission-mode drawbacks easier to deal with, but the arrangement also comes with a load of new drawbacks of its own.
From Your Site Articles
Related Articles Around the Web
pro advice