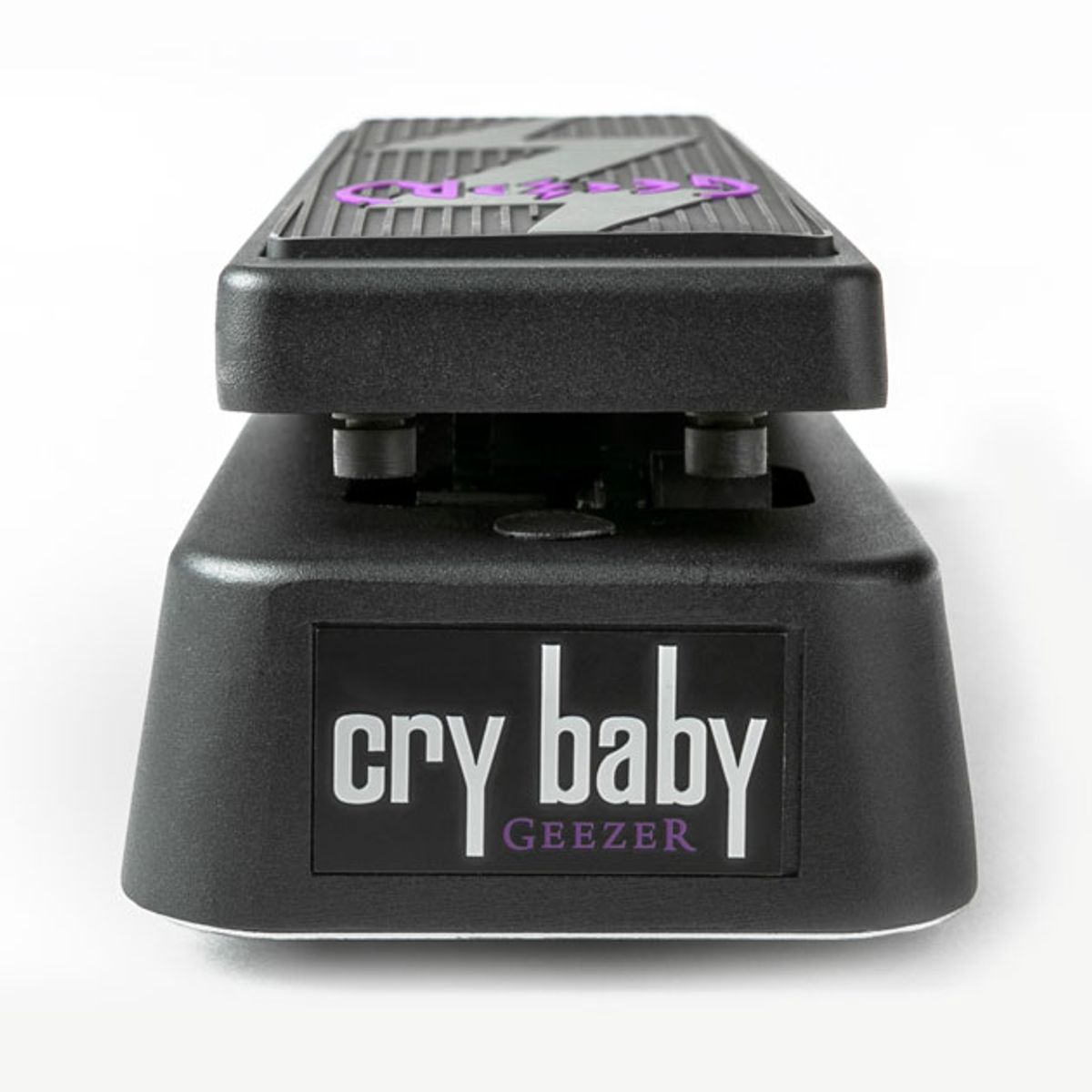 The wah is specially designed to complement Geezer’s iconic sound with massive low end power and a midrange that cuts through the mix.

Benicia, CA (August 25, 2017) -- Geezer Butler is one of rock ‘n’ roll’s pioneers—his growling bass tones and heavy, swinging bass lines have helped define entire genres of hard rock and heavy metal. As the first bass player to ever record with a wah pedal, Geezer was the only natural choice when it came to designing our very first signature Cry Baby Bass Wah.

The Geezer Butler Cry Baby Bass Wah is specially designed to complement Geezer’s iconic sound—massive low end power with a midrange that cuts through the mix. We took the aggressive Cry Baby 95Q Wah and modified its sweep so that, from the heel-down position, custom circuitry mixes in just the right amount of your dry signal. Pressing toward the toe-down position smoothly removes your dry signal to allow the aggressive part of the wah range to stand out. If you want to adjust the shape of the frequency’s bandpass, just remove the bottom plate and use the internal Q control, which is factory-set to Geezer’s preference.

The Geezer Butler Cry Baby Wah is voiced exactly to Geezer’s specs, with convenient auto-return switching so he can step in and out of the effect with ease. It’s identical to the one that he takes out on the road.