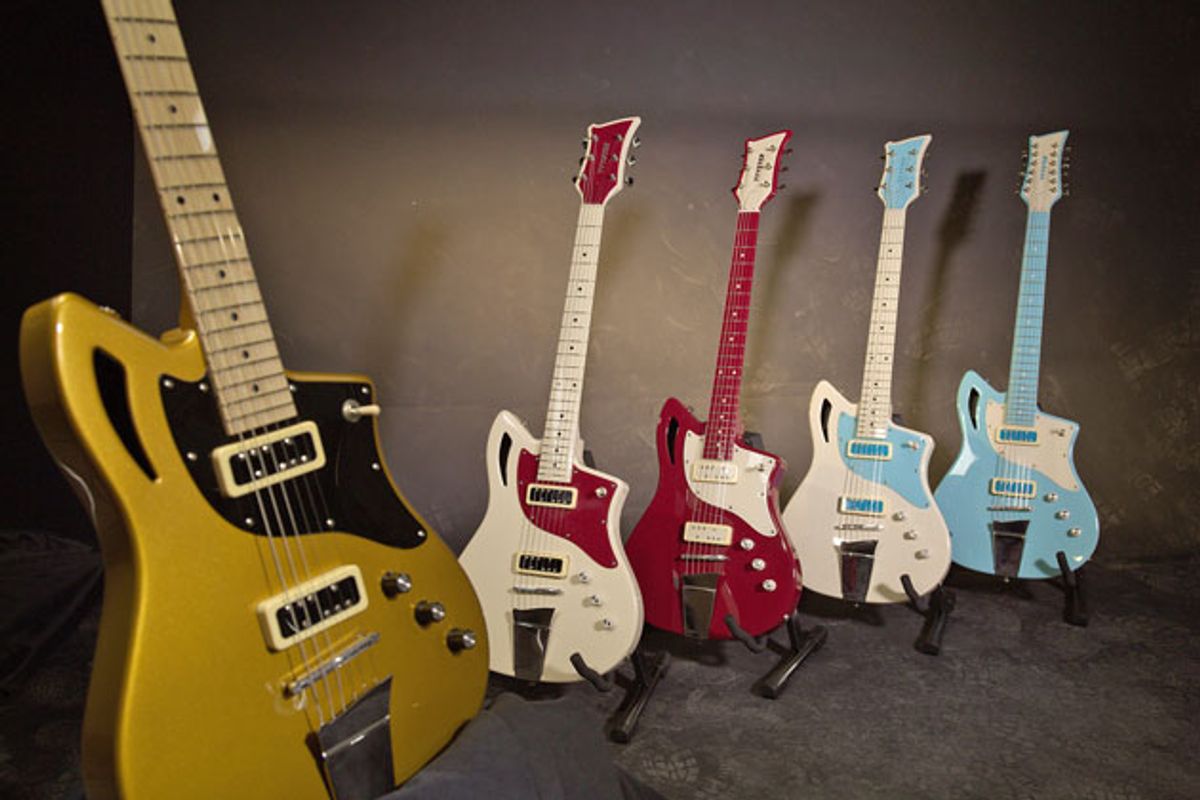 The Finnish company's newest 6-string is made with a sheet-metal body.