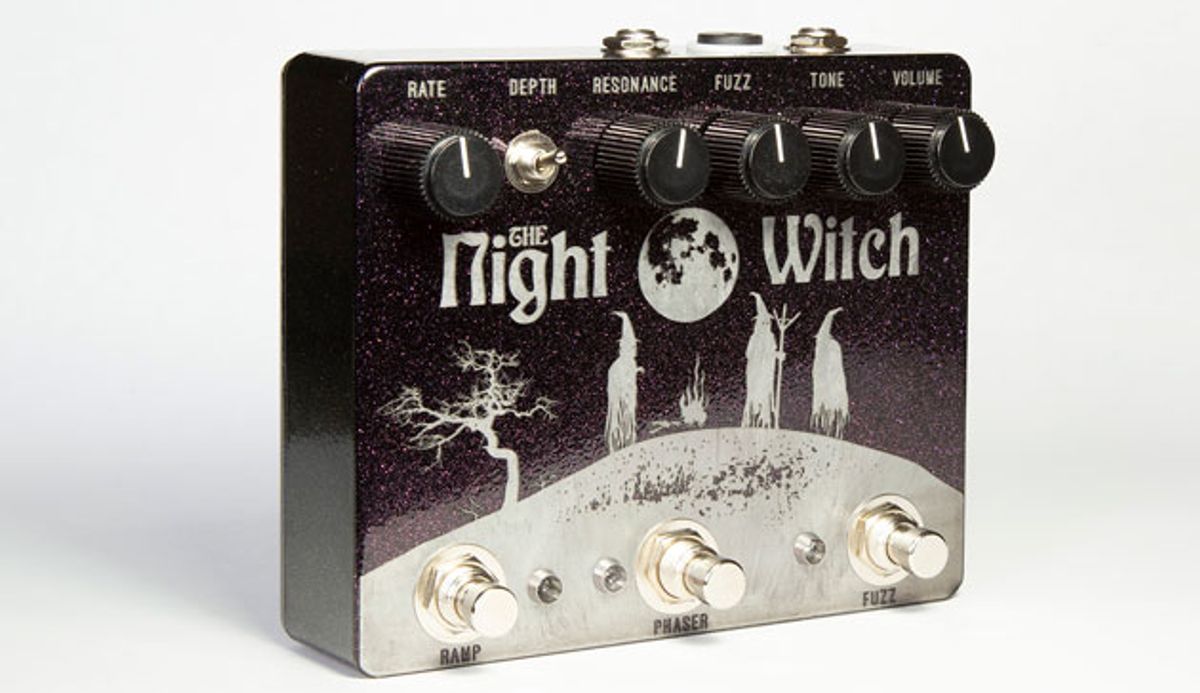 An updated take on the classic Roland AP7 Jet Phaser with a few modern features.

Oregon (November 4, 2020) -- The Night Witch Fuzz + Ramping Phaser is our take on the Roland AP7 Jet Phaser. This classic circuit has been modified and updated for today’s pedalboard without losing any of the original’s unique characteristics. Changes include expanded Fuzz controls: Volume, Tone, and Fuzz; individual true bypass footswitches for each effect; a 4 / 8 stage Depth toggle switch; and internal charge pump for standard negative tip 9vdc power supplies. The ramping footswitch will slowly speed up from the Rate control’s setting to the fastest rate possible. When disengaged it will slow down from the fastest rate to your Rate control setting acting like a two-speed Leslie. We have also included an internal trimmer to boost the phaser output to unity level. This pedal is designed for use by guitarists or bassists. The tone control is unique in that it cuts the highs while boosting the bass and vice versa. With a smaller footprint and price point, the Night Witch will provide timeless fuzz and ramping phaser tones that can be heard on classic albums that vary from the Isley Brothers to the Sex Pistols.The pedal is currently available in Teal, Purple, and Black. The Night Witch is $300 plus shipping.

MSL Pedals is the union of Mark Leahey (Make Sounds Loudly Pedals) and Keefe Gremillion (Lectric-FX). Mark Leahey has been building custom one-off pedal creations for the last 12 years. Keefe Germillion has been designing and selling diy pcbs of classic circuits for over a decade. The two creators have been working together on various projects for years and decided to team up for the release of the Night Witch. The pedals are designed and manufactured in their respective homes of Oregon and Texas and will be sold in limited edition small batches. New projects will be released in the coming months.