Last Call: Gamble on Yourself 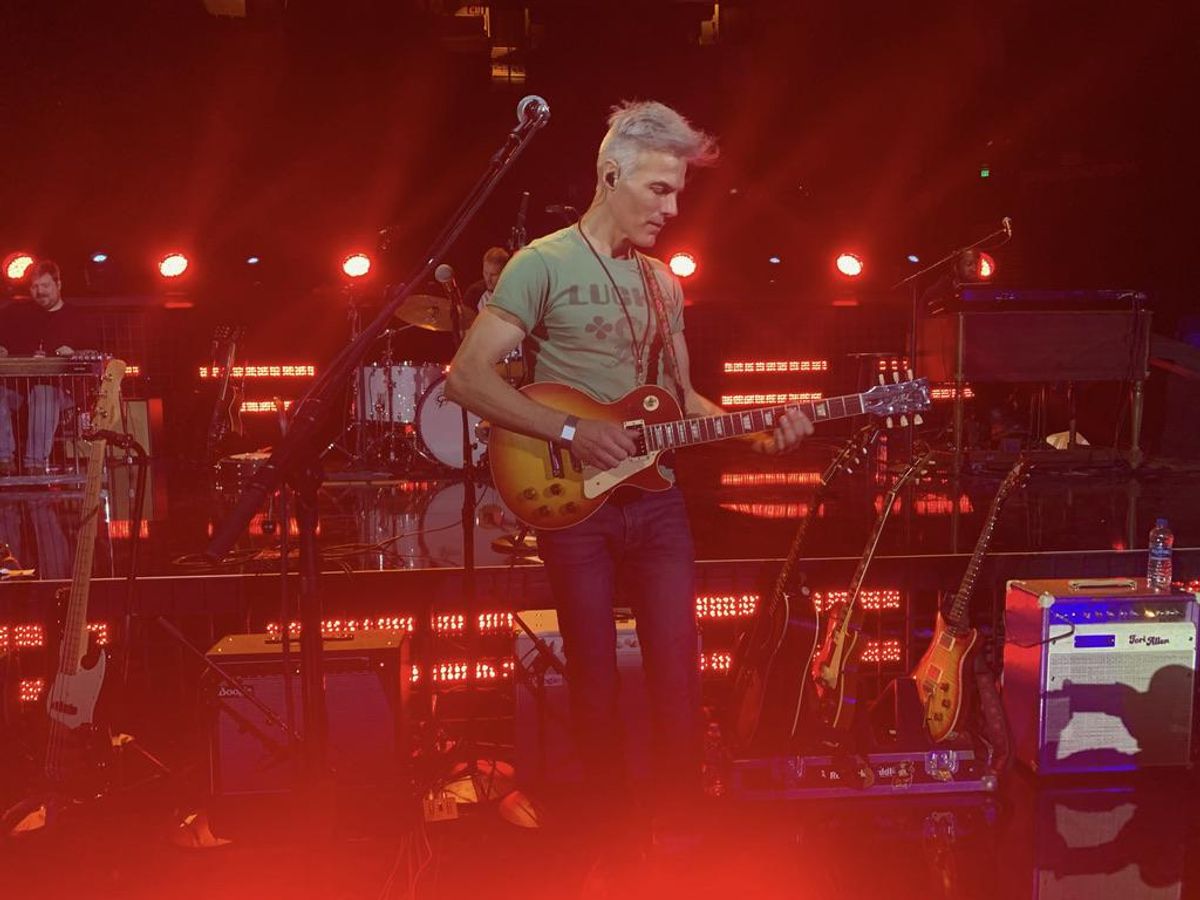 Here's John Bohlinger in action while leading the CMT Music Awards band during the 2021 show.

John Bohlinger has been the musical director for the CMT Music Awards for 12 years. Before that, he was the bandleader for Nashville Star. Here's how he got—and kept—those gigs.

I just completed my 12th year as musical director/bandleader for the CMT Music Awards. You might be wondering: How does a guy of suboptimal intelligence and talent get and keep such a gig? Here's my odyssey.

I'd been in Nashville for over a decade, struggling to support a wife and child as a mostly working musician. This was in an earlier age of the internet, so you just had to find opportunities anywhere you could—word of mouth was the only social media. I heard through some songwriter friends that Tracy Gershon was working on a new singing-contest show called Nashville Star, a country version of American Idol, which had just wrapped its first season. Tracy ran the publishing company where I was formerly a staff writer, so we knew each other. I called and asked Tracy about the producer, and she pointed me toward Jon Small.

Jon is a successful film producer/director, but in his DNA, he is a badass musician, having grown up playing with Billy Joel in their band, the Hassles, on United Artists and their duo, Attila, on Epic Records. Jon played with everybody in the East Coast scene in the '60s and '70s. To this day, Jon is a great drummer, and that musicality makes his films flow musically. He cuts to the beat, so you feel the groove when you watch his work. Check it and you'll know what I mean.

I borrowed a friend's VCR recorder, plugged it into mine, and made a reel of TV shows I'd played on with different artists. If you were touring with an act on the radio 20 years ago, you'd do several shows a year, so I had enough TV performances on tape to cobble together a pseudo reel.

For my meeting with Jon, I rehearsed a little pitch, which went something like: "Jon, when Nashville puts together TV bands, they hire the best, but it's always old guys, sitting down, reading perfectly but playing without passion. I can put together a band of young, hungry players who will give you a fire performance."

I left Jon with my one copy of my "reel." He called me later and said something like: "Put together your band. Here's a list of 120 songs that our 200 finalists are going to perform live with the house band on this audition tour." I said, "Thank you. I'll have your band ready in 10 days."

I charted the songs, arranged them alphabetically in six binders and called friends to fill the slots (bass/BGs, drums, keys/BGs, utility fiddle/BGs, utility steel). There was no budget for rehearsals, so we met in steel-player Dave Ristrim's basement and learned all the songs well enough to play in any key. A few weeks after the meeting with Jon, we were on a private plane with the show's production crew and judges.

The audition tour alternated travel day/show. On show days, alone with an acoustic, I'd meet each of the roughly 30 to 60 contestants in a hotel meeting room from about 10 a.m. until we were done. A nervous contestant would come in and tell me what two songs they were performing. I'd work out the key and any production-style request (like the record, rockabilly, old-school country, rock, jazz, etc.) and we'd perform it a few times and I'd make notes. After the last artist, I'd race to the venue, read my notes to my bandmates and we'd work out the ideas on my acoustic as they took their own notes. We'd soundcheck, try a few arrangements, then the house would fill with an audience and contestants, and we'd perform with these strangers in front of the cameras, judges, and live audience. We actually pulled it off.

After the third night, Jon said, "You guys are nailing it. You got the gig."

I led the band for Nashville Star for all six seasons. We broke Miranda Lambert, Kasey Musgraves, and Chris Young, three of the biggest and coolest country stars working today, 15 years later. That's an amazing batting average compared to American Idol, which has had 19 seasons.

Here's how I kept the gigs. I always hire a band of genuinely good people I trust, and I utilize their talent. I rarely tell anybody what to play. If a player puts it in a direction that doesn't work, I'll suggest options and we'll jam until it grooves. Although we chart everything, I never have music stands onstage for a show. We have notes at our feet, but the trick is to learn the songs, then watch and play off each other live. It always looks and sounds more engaging when you're not reading.

Being capable is only a small part of getting gigs. You have to look for opportunities and if you can't find any, make some. You also must be willing to work harder than the other person even though there's a good chance nothing will come from your work.

From Your Site Articles
Related Articles Around the Web
last call

Last Call: Sing in Me, Muse