Last Call: Imposter Syndrome Is Part of Being Human 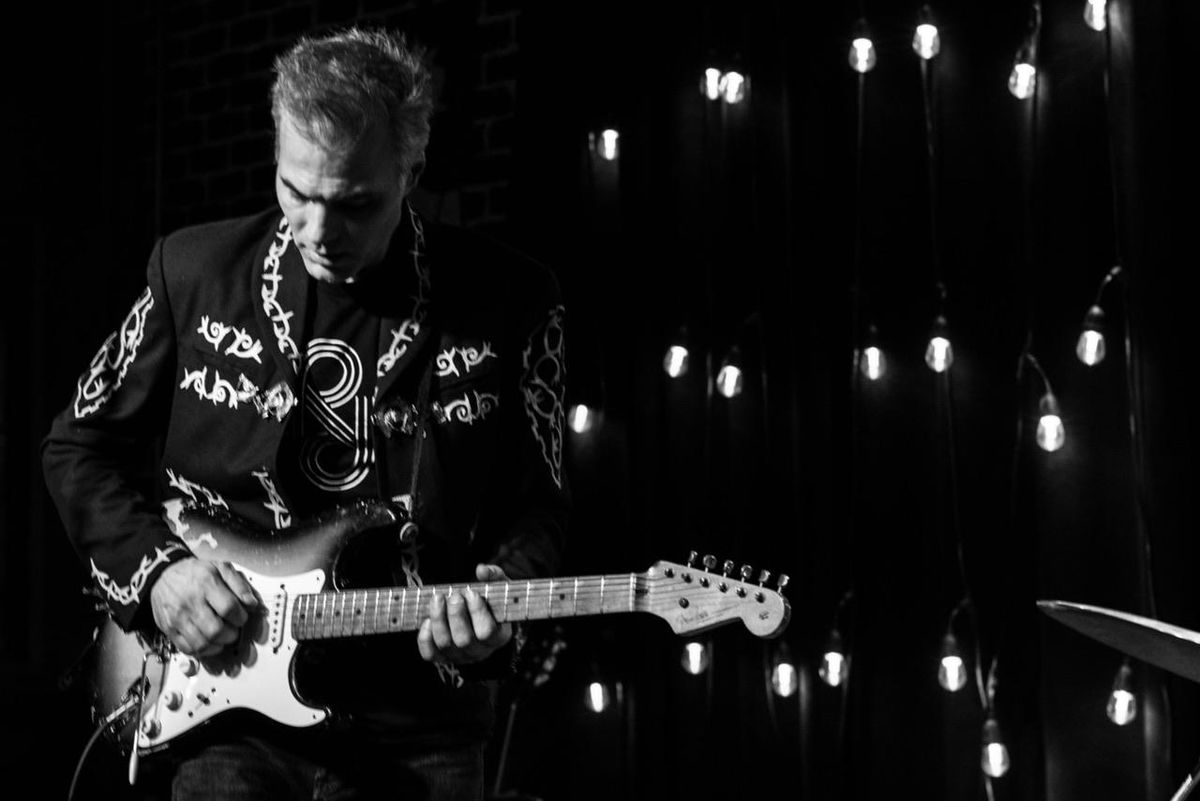 Every time I play guitar in public, my internal critic is performing a coup on my self-esteem.

Pretty much every time I play music in front of people, the sound of what I play will at some point be drowned out by the imaginary criticism of everyone within earshot. I'll be having a great time making music, then hit a note I don't like, and it all changes. From then on, all I hear are the collective thoughts of the other musicians, audience, and engineers. Their unified minds join together in unanimous, silent chant: "You suck. You do not belong here." All are united by their disdain toward me … rightfully so.

Okay, okay…. I know most people aren't paying attention, and if they are, they don't care. Those with a positive bias and a kind heart will think I sound fine, maybe even good. The more troll-like, with their negative default-mode, will find something wrong with anything, regardless of what it sounds like. I know my dark thoughts are not entirely true. I also know these thoughts will undermine my work and general well-being/happiness. Yet I embrace this self-doubt like it is the ultimate truth.

Be it playing music, talking to strangers, or trying to write this stupid column, I suspect that I'm not as competent or intelligent as others might think, and I fear that soon everyone will discover the truth: I'm not particularly bright. I've faked my way in. Everything I've accomplished is pretty much a fluke. I don't know what I'm doing and shouldn't be here.

Ladies and gentlemen, meet Imposter Syndrome, a wellspring of self-doubt and woe.

To be clear, imposter syndrome is not recognized by the Diagnostic and Statistical Manual of Mental Disorders, probably because it's not a disorder. It's just part of being human. Everyone, at times, feels like they are unqualified and, therefore, faking it. In fact, the only way you learn anything is to do it without really knowing how. You've never driven a car until you've actually driven a car. Every president of the United States began his term in office by faking it. As terrifying as this sounds, surgeons are not entirely sure what they're doing the first time they cut into a person. We all struggle with this. That's why "Fake it till you make it" is a popular and effective self-help slogan.

Be it playing music, talking to strangers, or trying to write this stupid column, I suspect that I'm not as competent or intelligent as others might think, and I fear that soon everyone will discover the truth.

When you're agonizing over small mistakes, attributing your success to external factors, or berating your competence and skills, you're basking in the imposter syndrome. Every musician I know is a frequent traveler to this land of self-loathing and private shame.

This might help explain the popularity of alcohol and drugs backstage. I've worked with acts that have a three-drink minimum before walking on deck. Drunks are confident—booze being the bulletproof armor against self-doubt—whereas stoners are too deep in the music to think about how they're being perceived (unless their thoughts run to paranoia).

As torturous as imposter syndrome may be, some good comes from it. This fear can push you to accomplish your goals. "I'm going to put in a ton of work so I can nail this song so people don't know what a terrible guitar player I am." Fear has definitely pushed me to practice and improve. Although it can help you get where you want to go, you might not enjoy this anxiety-ridden journey. One thing the best and worst musicians have in common is they all oscillate between confidence and the fear of being found out.

Last night, during my regular/fun/no-pressure gig, I caught myself thinking, "That drummer hates me. Look at him, so smug on his throne. He's smiling at me because I'm rushing and he thinks it's funny, or maybe that's a look of righteous anger? Now he's bobbing his head, probably laughing to himself about how similar all my solos are. Now he's got his head down because I'm too loud or maybe too quiet…. Or maybe it's my terrible sense of melody or tone he hates?"

Yes, my thoughts really were that delusional. We never know what anybody is thinking, even when they're talking to us. I'd just met this drummer but he seemed like a nice guy and we played well together. While I was deep in my private, paranoid rant, he was probably thinking about his own performance, problems, and anxieties—not mine. Or maybe he was thinking about what he's going to eat after the gig. Regardless, he probably wasn't judging me. I felt wrongly judged because I was judging myself, and, apparently, I'm a harsh judge.

Now and then, I leave a gig feeling like I've not disappointed myself and others. The quality of my gigs depends more on my mindset than on my playing. Being onstage means you're inviting others to judge and, hopefully, enjoy your performance. But you have to get comfortable being uncomfortable. Quit thinking and just play. We mostly think about ourselves. If we only knew how little people think about us, would we be relieved or hurt? Honestly, it's very freeing when you realize that nobody is thinking about you.

From Your Site Articles
Related Articles Around the Web
last call