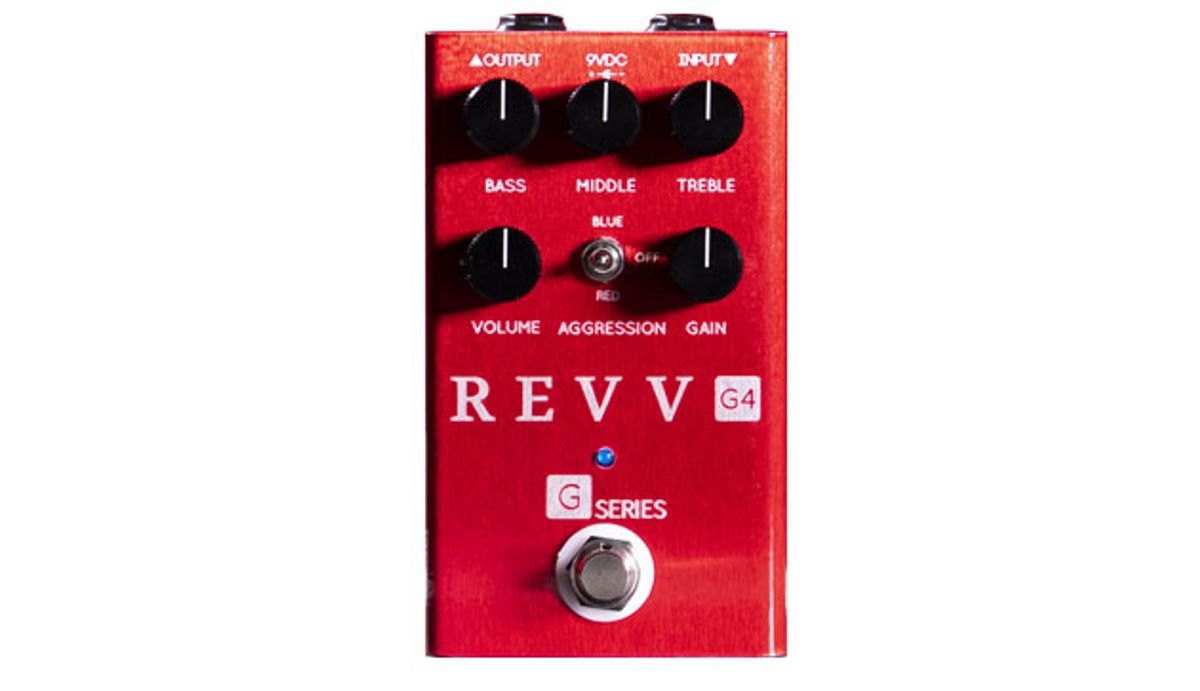 The amp-in-a-box adds the gain channel from the Generator 120 MkII to your rig.

Winnipeg, Manitoba (January 21, 2019) -- Revv Amplification are back with a brand new amp-voiced pedal: the thick & saturated G4. The G4 is a musical & organic high gain amp-in-a-box that can turn your rig into a gain channel from the critically acclaimed Generator 120 MkII amplifier. If the G3 is clear & precise - the G4 is thick & wide - the perfect companion to your 2019 pedalboard for organic amp tones in pedal format!

"The G3 opened our eyes to the fact that pedal gain is popular & guitarists want a boutique tone option without spending thousands of dollars. While the G3’s R&D made for a great starting point - the G4 is a totally different beast. The G3 is a very clear & precise gain with tons of mids - the G4 is a sledgehammer of thick wall of sound distortion. They go great together as a rhythm/lead pair & cover so much different ground. We dialed in the perfect feel & sag for the G4 & the versatility to work with all kinds of guitar setups. It wound up not only being our go-to for rock & metal saturation but also being incredibly dynamic & cleaning up great for ‘70s & ‘80s style amp crunch.”

The G4's street price is $229 & it can be purchased through many fine dealers or directly at www.revvamplification.com.

Joe Walsh Can Tell You What Not to Do