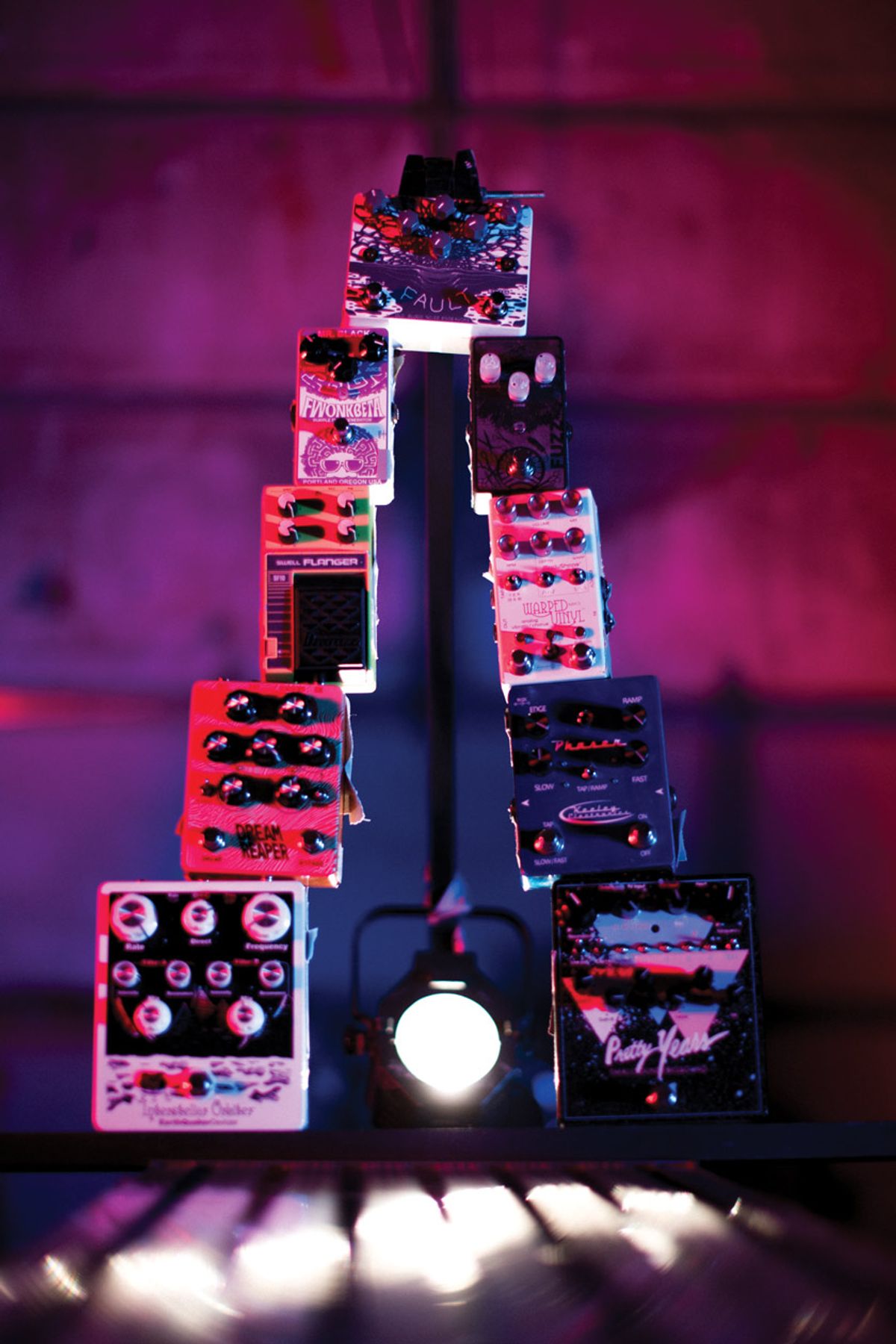 The lust for gear can become a seemingly endless path to the horizon—or is it to the void?

The internal battle between gear lust and contentment.

More and more, I feel like an unqualified conscience for people who didn’t ask my opinion. So, for this round of unsolicited advice, let’s start here: creation versus destruction.

It’s a conversation gear junkies have with themselves all the time, and often in front of the whole world. We claim to be complete. We claim to be finished in the pursuit of satisfaction. The hole in our being is temporarily filled … yet the sand slowly falls out the bottom. What is this destructive quality within us that makes us unceasingly unsatisfied?

There’s a common psychological condition called l’appel du vide, which translates as “call to the void.” The French term alludes to intrusive thoughts that draw you into self-destructive behavior. Upon hearing of this, I initially related it to a feeling I’ve had on and off throughout life—only after binging a video game involving driving. In the game you drive through anything, or rather everything. Then, driving in real life, you must shake off the impulse to continue to drive through anything and everything. That’s the void calling. Or for some it’s the urge to jump from high places. The consequences aren’t considered by the impulse. It’s thoughtless, and, thankfully, actionless.

But that’s the thing about the void in the gear world, where the stakes are lower. It’s substantially harder to say no. It calls and we can’t resist. What we have will never be enough. Even if it works just fine, there’s always more—so many options.

Sometimes what we have is good enough.

We, as evolved 21st-century consumers, must try everything, if only once. It seems innocuous, but in the end, it may just destroy each and every one of us. I’m guilty of this. I have been since I could click “Buy Now.” But that doesn’t mean I like it and it doesn’t make it right. It’s an internal battle between lust and contentment. More sounds, more noisemakers, more pedals, more, more, more.

To play guitar, whether spontaneously or practiced, is to create. For both personal and public satisfaction, it fills the spirit-hole and, in the end, feels good. I rarely play for people, but rather to ease anxieties or nerves or fidgety energy. To play makes me feel productive and focused, and, in the end, makes me feel better.

“So how could buying gear be destructive?” you may find yourself asking. It’s just a little harmless purchasing power? Pull a trade here, make a barter there. Scan those Craigslist ads, manage that Reverb feed, and highlight those eBay saved searches. Answer the call. Sounds tedious and laborious, but this endless hunt that you’re on is probably all right. It may be innocent. Maybe even justifiable. And to be honest, I’m on it, too. I’ve got a list and I search more than I should to find those missing treasures, calling me from the unknown.

But here’s the thing: That is where my time is spent instead of actually playing and perfecting the skill or, rather, the hobby I enjoy—watching videos and searching for sounds that I can already make with what I already have available. The hunt to deconstruct my existing setup for the mythical upgrade that can already be found there. And to, in that manner, get lost in the void.

There it is: a pleading consideration to perfect and enjoy our playing over the chase of something new and undiscovered. The idea that sometimes what we have is good enough. That spending all our time searching, longing, and lusting is a black hole. It’s not a new message but, alas, a true message. And I say this knowing that my livelihood depends on the chase and depends on the void. It’s a classic case of internal conflict. I loathe the void, and yet create for the void, reluctantly drawn in.

So we’ll continue, aware of the flawed dichotomy of our creations meant for destruction.

The Inexpensive, Everyday Tools That Live on My Workbench