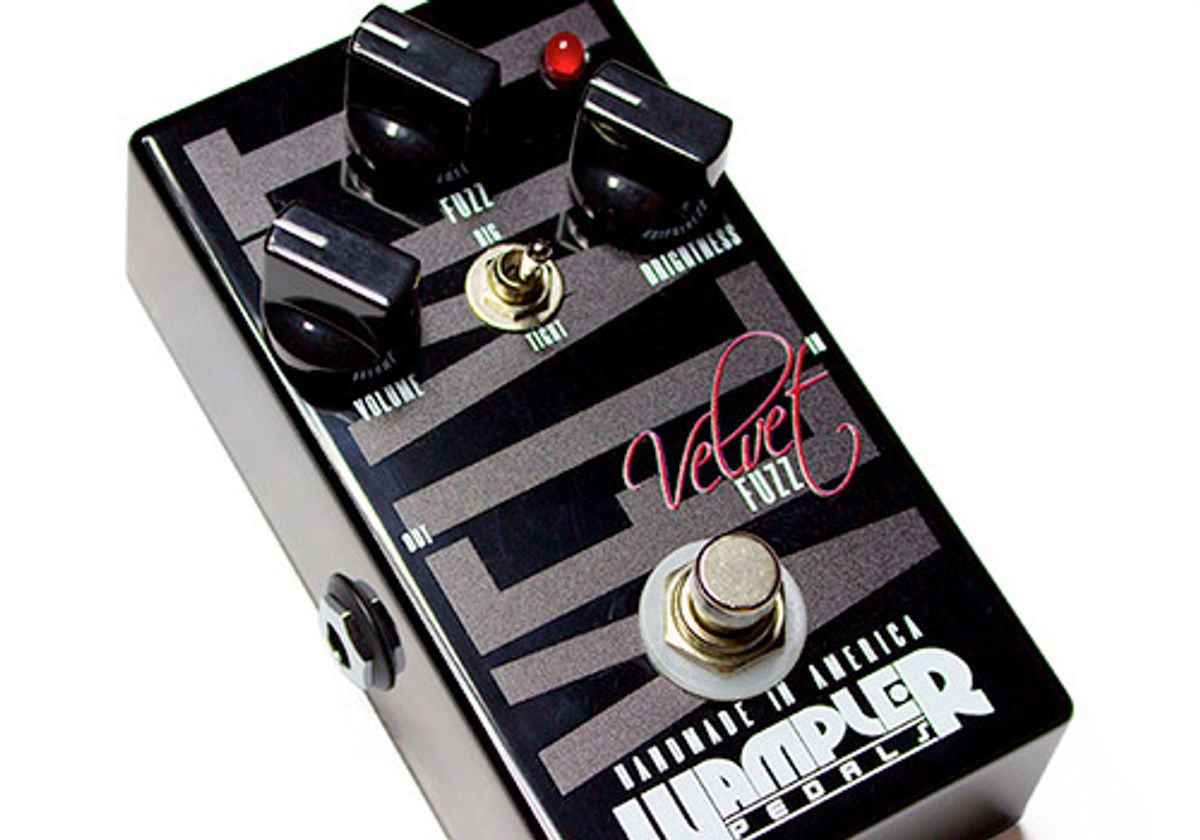 Nashville, TN (July 10, 2013) -- Wampler Effects has announced the latest addition to their lineup of pedals, the Pro Guitar Shop-exclusive Velvet Fuzz, available July 29, 2013 for $199. Here are the details from the Wampler website:

Sometimes, it's not about chasing a tone from one specific piece of equipment, it's about capturing the tones from the entire signal chain.

Looking back through history, there have been some truly outstanding fuzz tones. In particular, the tones achieved by running a fuzz into a screaming stack. The kind of tones that are just earth shattering in their depth, aggression and smoothness.

Brian Wampler, who's always looking for the best tones to capture, decided the chase was on. Taking the base tones from a very famous pedal and the characteristics of a famous stacked, EL34 driven, amp - decided it was about time those tones were brought together in pedal format.

If you are a fan of the tones of the players like David Gilmour or Eric Johnson, then it could be that the Velvet Fuzz is the pedal you are looking for.

The key to the tone of the Velvet is the voicing switch. In the “big” position, the pedal reacts like a classic fuzz. Loads of internal compression and truly massive tones it really is that “tone” from that “era”. Dropping the volume back cleans it up perfectly so your rhythm can remain clear enough and then your solo's will flatten all those who dare to stand before you.

In the “tight” position, the tone comes in and you get the feeling you have swapped amps as well, those mammoth tones but without the compression and other traits that many fuzz players love... Yes, that's right. If you love the tone of Fuzz but not the reaction of it, this is the setting on the pedal that is for you.

This beautiful fuzz is released exclusively to PGS on July 18th and then globally in the fall... but we don't think you'll be able to wait that long.