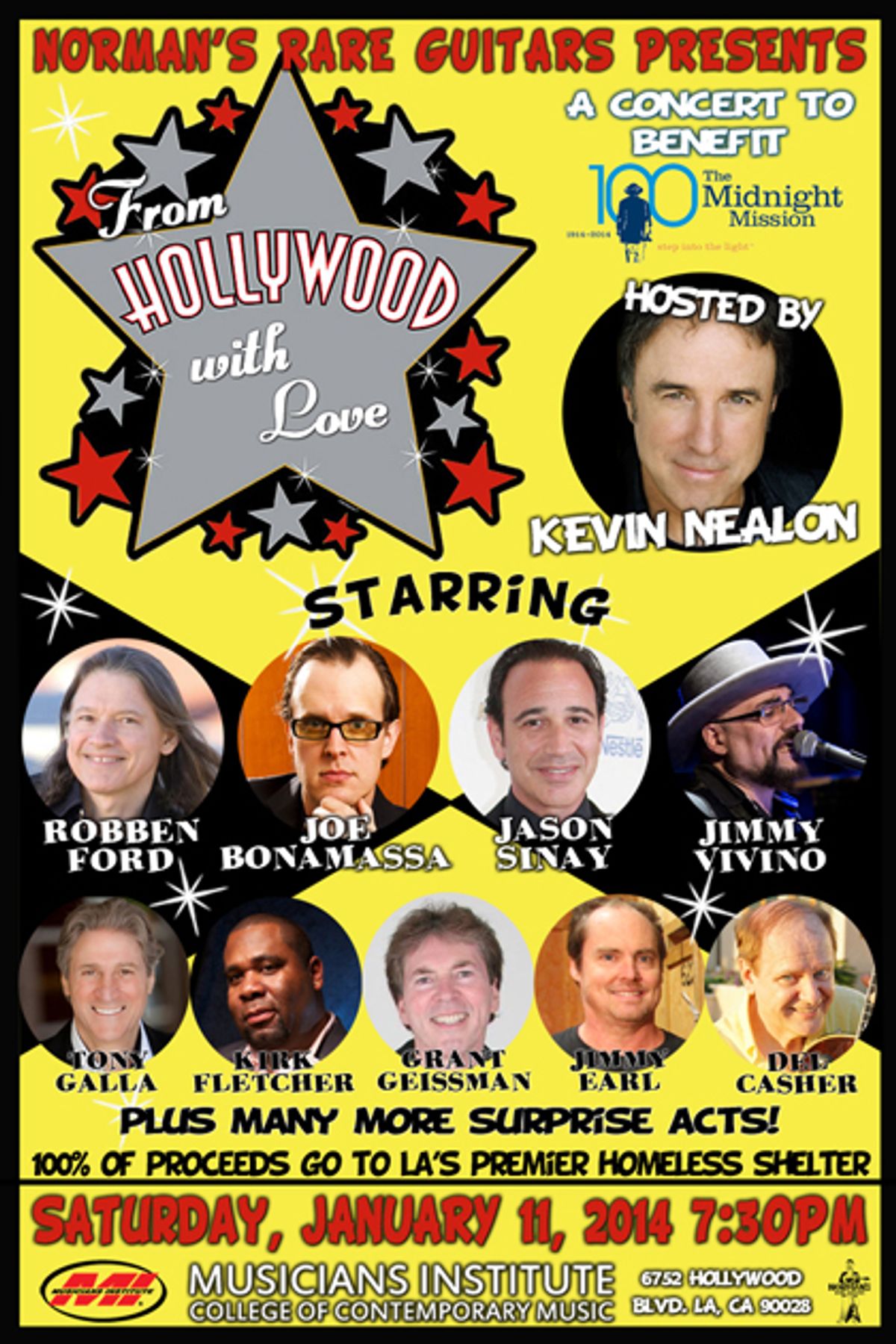 Musicians Institute and Norman's Rare Guitars are proud to announce "From Hollywood with Love," a concert to benefit the 100th Anniversary of downtown Los Angeles homeless charity, The Midnight Mission.

Tickets for "From Hollywood with Love" are $100 for General Admission, and $250 for a VIP package that guarantees premium seating, early entrance, a special reception, and a meet-and-greet session with the artists. Doors open at 7:30pm for the event, and seating will be limited, so fans are urged to reserve their tickets or make additional donations now at: http://FromHollywoodWithLove.charityhappenings.org.

"We're so lucky to have Musicians Institute as our partner on this event," said Norman Harris of Norman's Rare Guitars. "There's going to be great music, and better yet, we're going to be serving a great cause."

"Using this opportunity to share a night of music together and try to help heal some of the pain on Skid Row is such a perfect idea," said Georgia Berkovich, Community Relations Manager at The Midnight Mission. "We're so grateful to have this opportunity. We also want to thank our longtime friend and supporter, Del Breckenfeld with Fender Guitars, who will be donating instruments for auction at this event."

"From Hollywood with Love" will donate 100% of the event's proceeds to The Midnight Mission, which is celebrating a full century of serving the population of downtown's Skid Row area. Located on San Pedro Street, the homeless shelter works to offer a path to self-sufficiency for men, women and children who have lost everything and live on the streets of Los Angeles.

"Musicians Institute is dedicated to helping young people achieve their dreams, and our college is so inspired by The Midnight Mission's dedication to those who are seeking a brighter future," said Jessica Sullivan, Director of Marketing at Musicians Institute. "We're honored that Norman's Rare Guitars chose MI to be a part of this very special evening."