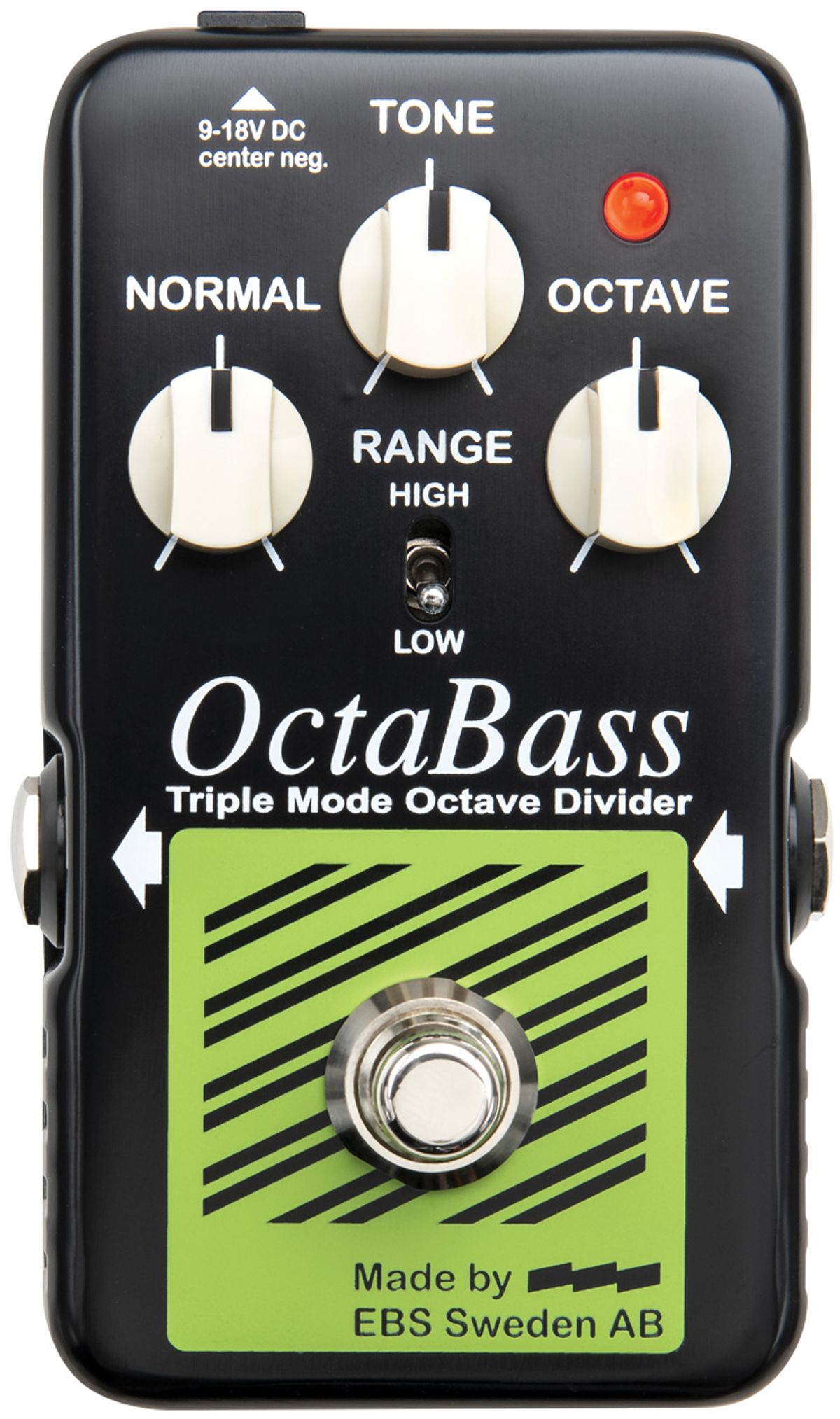 The Swedish bass pros slim down their octaver while imbuing it with gut-shaking low end and analog warmth.

The recently released OctaBass Blue Label pedal from Sweden’s EBS is actually a svelter, refreshed version of the company’s very first pedal by the same name. Today’s OB retains the separate volume dials for the dry and octavated signals, but a new addition is the tone knob, which provides character control of the sub-octave notes, from a tighter/cleaner, mix-cutting sound to a thicker, low-augmented tone. The OctaBass now also houses a 2-way range switch, which allows you to choose the tracking’s focus area between the high or low register on your fretboard.

“I was able to get pretty consistent non-glitchy notes down to the 2nd fret with some help from the tone dial.”

The OctaBass’ tracking is quick, and its range is better than average. Going lower than the 5th fret on the 4th string with an octaver isn’t a place I would normally venture, but I was able to get pretty consistent non-glitchy notes down to the 2nd fret with some help from the tone dial. Overall, the OctaBass delivered wonderfully big and warm sounds with a somewhat dryish character, which I liked. While exploring the OB—with and without a distortion pedal—I got my synth on by diming the octave and tone controls, and dabbing in some dry signal to taste. I did spend a lot of my time where I usually do with an octaver—maxing the dry signal and dialing in the effected signal just enough to hear it, at about 9 or 10 o’clock with the OB—but this simple-to-use thunder box promises a wide range of fun and useful tones throughout.