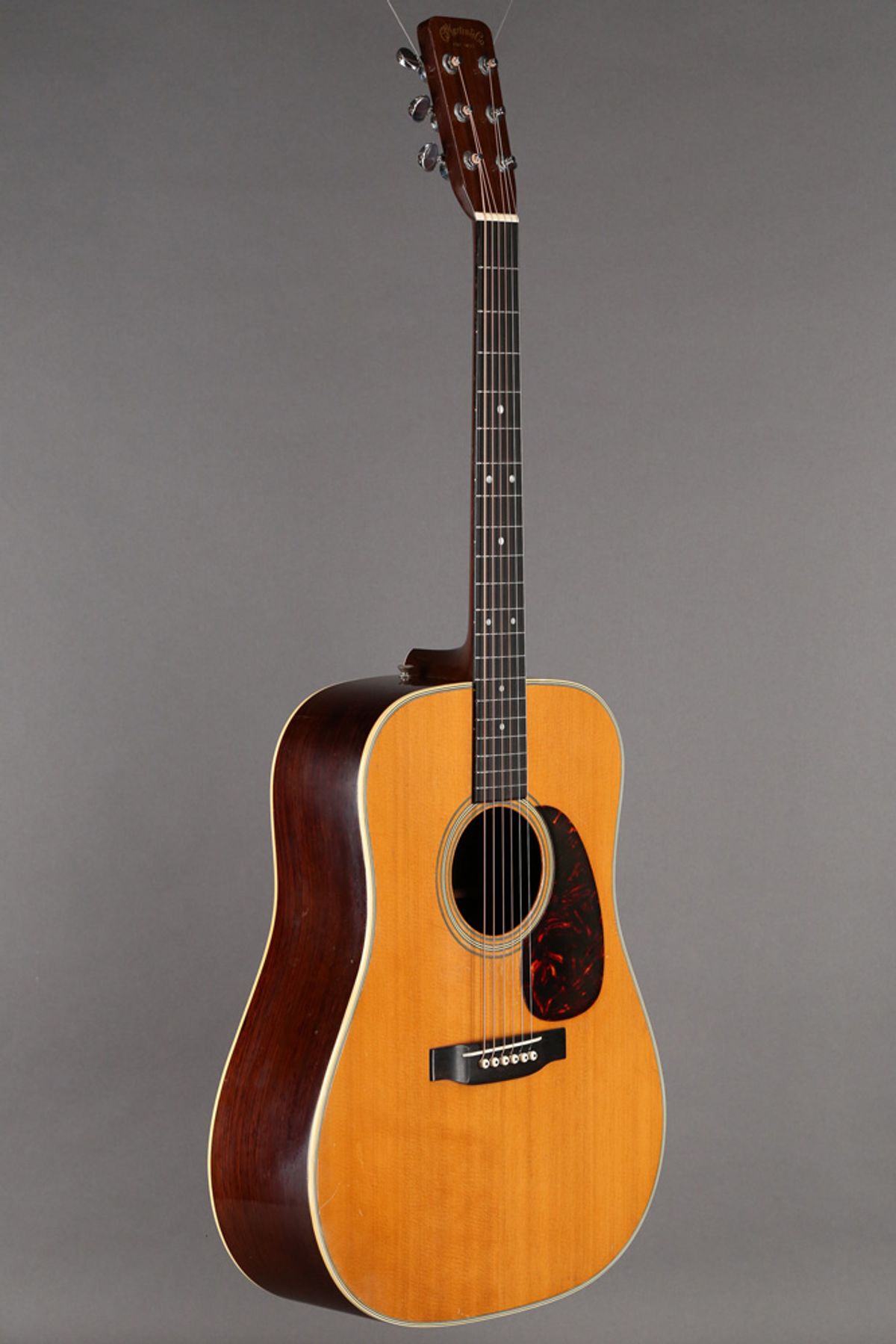 Back when 1963 Martin D-28s like this one were sold new, it’s likely purchasers had to wait a couple years to get their hands on them.

With off-the-charts numbers of folks playing guitar, and buying them as soon as they hit the shelves, these days have hints of yesteryear.

At first glance, the folk revival of the 1950s/early ’60s and the COVID-19 pandemic seem to have nothing in common. Last century’s folk revival was about hootenannies, folk festivals, and coffeehouse open-mikes. And obviously nothing like that is possible during the pandemic. Instead, the 2020 surge of interest in playing music is about Zoom lessons and home recording, or simply sitting on the bed in your pajamas since you can’t go anywhere. But if we look at the growth of homegrown music during these days of pandemic lockdown, and compare the resulting changes to what happened during the highly social folk revival, some similarities stand out, along with the extreme differences.

One of the more interesting similarities between the pandemic and the folk revival are that both caught the guitar industry flat-footed. With COVID-19, guitar factories both here and abroad had to shut down for several weeks this year, and it’s clear that many new guitar models are going to be in short supply.

In the early ’60s, when I was trying to buy my first Martin, that company’s factory in Nazareth, Pennsylvania, was so back-ordered there was a two-year wait for a new D-28. The list of folk-revival icons who played Martins ranged from highly commercial performers like Bob Shane (Kingston Trio) to purists like the New Lost City Ramblers. Martin’s big competitor, Guild—a newcomer barely 10 years old—was able to fill some of that gap. At the same time, Gibson responded to the increased demand with plastic bridges and other production shortcuts that even today leave die-hard Gibson fans shaking their heads in disbelief.

Thanks to modern guitar-manufacturing technology, and online guitar forums thirsty for news, there probably won’t be a repeat of the 1960s decline in quality as companies scramble to fill backorders. But there will be some long delays. Taylor, for example, has announced that in June and July alone, they received half the orders they had projected—pre-Covid—for the entire year.

It’s clear the current demand for guitars is driven by people wanting to play them, but without folk festivals and hootenannies for inspiration, what’s driving their newfound interest? An abundance of free time to play, since folks are stuck at home, is the obvious answer, but new technology plays a role nobody could have imagined 60 years ago.

It’s clear the current demand for guitars is driven by people wanting to play them, but without folk festivals and hootenannies for inspiration, what’s driving their newfound interest?

For many musicians, inspiration for a nightmare is imagining today’s pandemic restrictions without YouTube. In many ways, that vast catalog of recorded performances is the online equivalent of the folk festivals, hootenannies, and coffeehouse performances that powered the folk revival. And while all those Folkways Records back in the day opened countless doors to the music of other cultures and the earlier music of our own country, such explorations were not free and took considerable effort.

Aging boomers may long for the good ol’ days, but when comparing then and now when it comes to chasing musical inspiration, now wins by a huge margin. Even if you did have access to a gigantic library of recorded music during the folk revival, it’s a lot easier to swipe a screen or jiggle a mouse than it is to move the tonearm on a turntable. Whether it’s a song or a technique, endless versions and variations are just a click away, and you can cover more musical territory in an afternoon than attending a week-long folk festival. Best of all, the only cost for taking that musical odyssey is the fee for a decent internet connection. Maybe that’s why the recent explosion of growth in homegrown music has only taken months, while the folk revival simmered on the back burner for years before it lit up the airwaves in the ’60s.

COVID-19 is easily equal to the folk revival in terms of guitar playing and guitar buying. There is, however, another angle where the pandemic leaves just about every other social and musical movement in the dust. I’m talking about guitar modification. Here’s where the abundance of available time, an almost endless store of video rabbit holes to descend, and how-to resources and supplies have aligned to produce a new wave of guitar players who relate to their gear in ways they may not have imagined a year ago.

Of course, there have always been tinkerers, and the DIY movement has been gathering steam for years now, but the coronavirus has inspired a much higher percentage of guitar players moving beyond simply changing their strings. This certainly leads guitar players to a greater understanding of their instrument, but it also raises the bar for guitar manufacturers. The downside is that you might have to wait quite a while to get that guitar you’ve chosen after hours of online research.