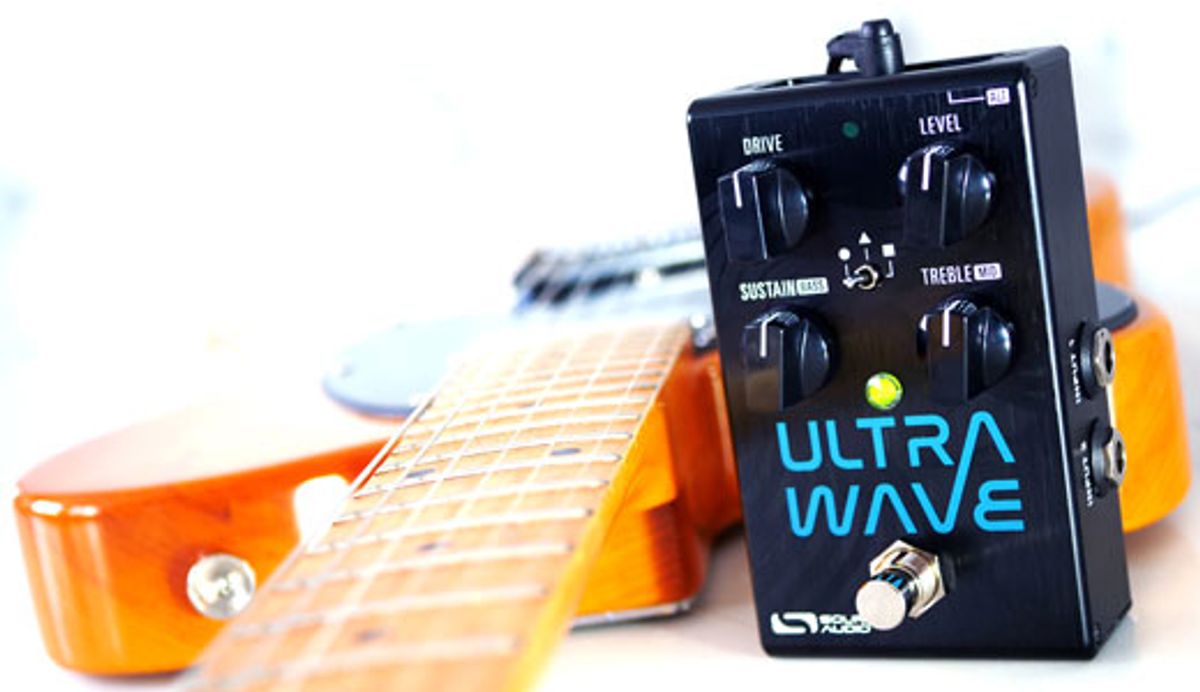 Boston, MA (March 22, 2021) -- Source Audio, the Massachusetts based effects pedal company, have released the Ultrawave Multiband Processor and Ultrawave Multiband Bass Processor. The Ultrawave continues the company's tradition of innovation and bold development of new audio effect technology. “A lot of musicians have told me they are bored with the same traditional collection of guitar effects and overdrive pedals," said Source Audio President Roger Smith. “In response, I challenged our Chief Scientist, Bob Chidlaw, to create a vast playground of new sounds. The Ultrawave Multiband Processor is his latest creation and it is a beauty. Bob's brilliance and contribution to guitar effects history continues in full-force."

The Ultrawave is the first of its kind: a flexible multiband processing toolbox. Through the combination of band-splitting, exotic distortion curves, multi-band tremolo, compression, morphing, and flexible stereo processing, the Ultrawave opens doors to a wide range of new sounds for guitar, bass, and synthesizer. The Neuro Desktop and Mobile editors provide an intuitive graphical environment to unlock the power of the Ultrawave, allowing users to create and share a growing library of sounds.

The Ultrawave has two independent signal paths, which allow for dual-mono, stereo, parallel, cascade, and stereo imaging. Two channels of fully configurable compression are available before or after the band processing. There are 30 different frequency band-splitting types that include ordinary single band as well as 2, 3, 4, 8 and 10 band-splitting options. The distortion section includes 43 different distortion curves that range from traditional overdrive to cutting-edge foldback and octave distortions. Foldback is a highly pick-sensitive type of distortion inspired by the world of analog synthesizers. A powerful and flexible tremolo stage allows for the creation of custom LFO wave shapes that can be applied to each band at a different phase offset point. The result is a groundbreaking style of tremolo that produces sounds similar to sequencer or arpeggiator effects. An 8-band EQ is available on each channel with dedicated high pass and low pass filters. Finally, it is possible to define a complete second set of parameters across multiple blocks to permit sound "morphing." The morphing is controlled by envelope, LFO, or expression.

The Ultrawave is also compatible with Source Audio's Neuro Mobile App (a free download for iOS and Android) and Neuro Desktop Editor (a free download for Mac and Windows). This advanced software provides a simple and visually comprehensive view of all the signal processing blocks, including a handy graphical real-time representation of the compressor. The Neuro Editors also offer access to a huge collection of presets for the Ultrawave created by the Neuro Community.

The topside of the pedal features a pair of jacks compatible with external controllers and software. Its USB port connects with the Neuro Desktop Editor for advanced editing possibilities and firmware updates. It also receives MIDI program change (PC) and continuous controller (CC) messages from a digital audio workstation (DAW). Additionally, the USB port now supports two-way communication with Apple or Android mobile devices. The Ultrawave's 1/8" CONTROL INPUT jack connects with either the Source Audio Dual Expression Pedal for simultaneous expression control of up to four parameters, or the Source Audio Tap Switch for tap tempo and parameter changes. This is also the connection jack for Source Audio's Neuro Hub. The Neuro Hub smoothly incorporates the Ultrawave into the greater Source Audio ecosystem.