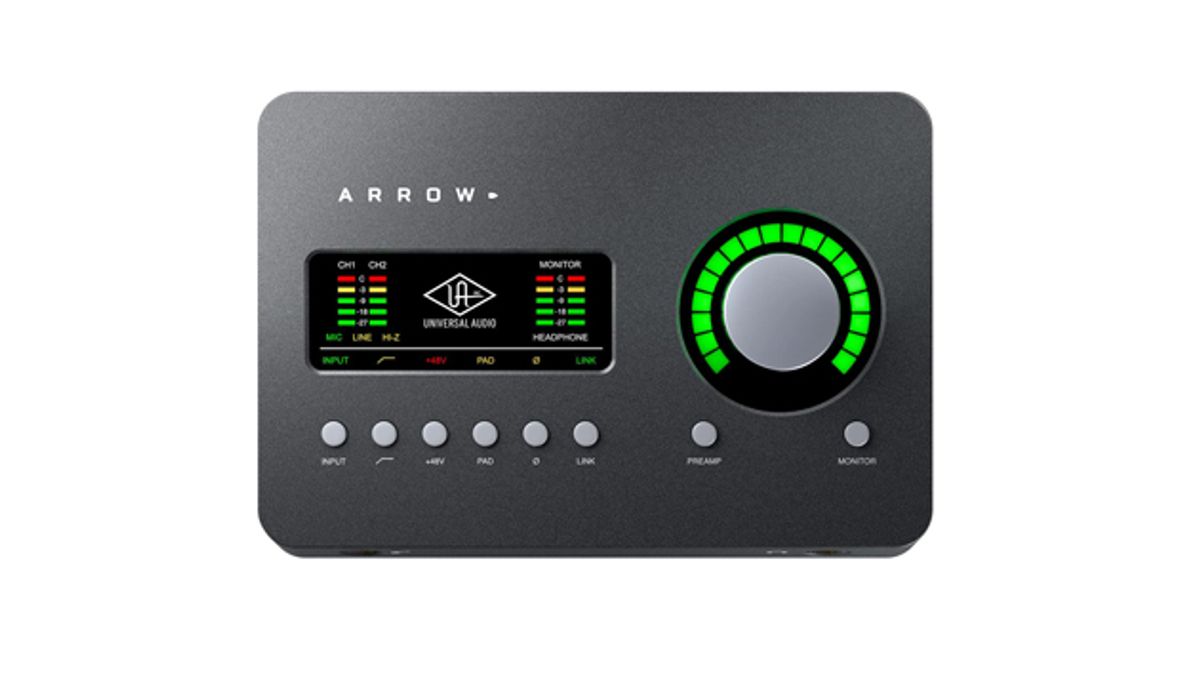 The included UAD studio mixing tools — featuring classic compressors, EQs, and reverbs — enable musicians, electronic producers, and songwriters to produce polished tracks quickly and easily, right out of the box. Highlights include the UA 610-B Tube Preamp and Marshall Plexi Classic plug-ins — and Arrow can be expanded with exclusive titles from Neve, SSL, Fender, and Ampeg.

The UAD library offers more than 100 titles, including everything from classic Moog filters to Ampex tape to Lexicon reverbs — with more being added every few months. These are the same UAD plug-ins used on hit records by Kendrick Lamar, Coldplay, Dr. Dre, Brad Paisley, and many more.

*Arrow includes the "Realtime Analog Classics" UAD plug-in bundle. All other plug-ins are sold separately at www.uaudio.com. All trademarks are property of their respective owners.

Arrow is now shipping, with an estimated street price of $499.

Emma Ruth Rundle: My Naked-at-School Nightmare Is Showing up with No Effects