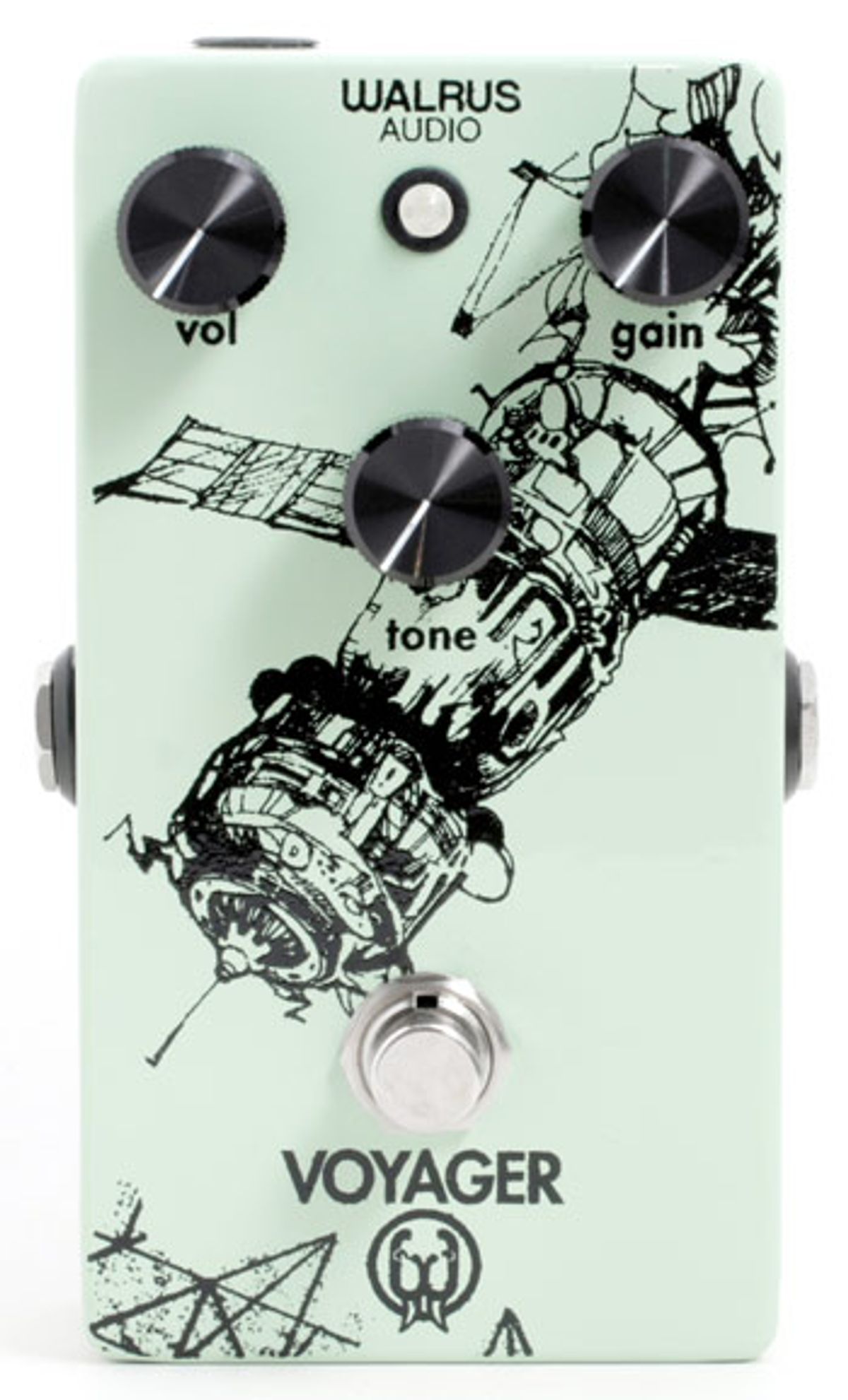 From its lowest to highest settings, The Voyager is designed to provide a unique clarity to any style of playing.

Norman, OK (March 15, 2012) -- The new Voyager from Walrus Audio is a gain/preamp overdrive that boasts a full spectrum of tone from any setting on its user-friendly set of three controls. From its lowest to highest settings, The Voyager is designed to provide a unique clarity to any style of playing.

At lower gain settings, it brightens and warms the signal while maintaining the transparency of each note played, imitating the subtle breakup of a warm tube amp. With the gain and tone controls turned up, the Voyager functions as a cutting overdrive, providing depth to chorded playing while retaining the clarity needed to break through on solos. The pedal can also be set as a preamp and left on the entire gig.

The Voyager is seafoam green in color with an intricate rendering of an early Russian space satellite. Every part in the circuit is made with high fidelity components as well as industrial grade switches and jacks. The pedal is available now for $189.