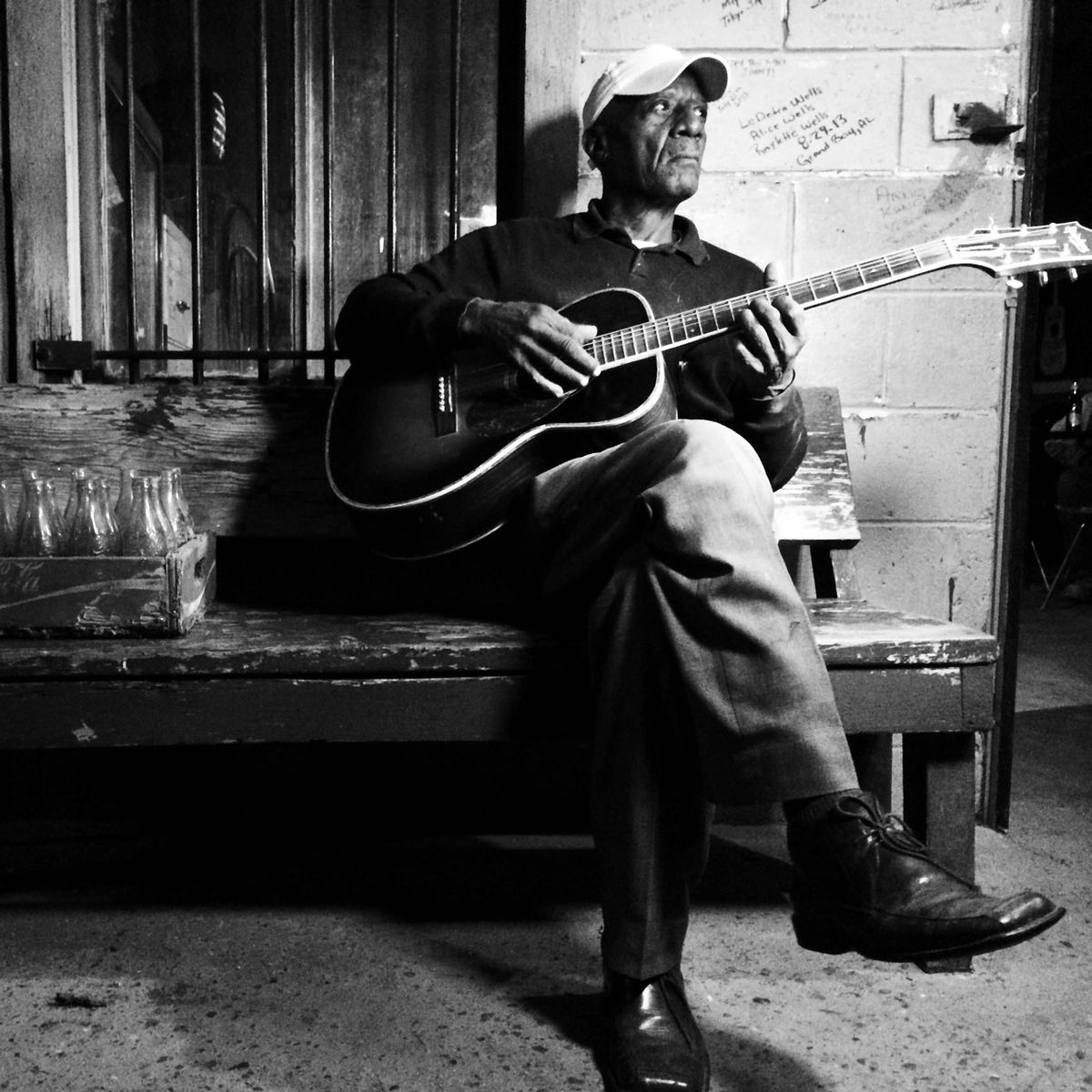 Video
Jimmy “Duck” Holmes sits on the front porch of his juke joint, the Blue Front Café, with his Epiphone Masterbilt. His parents opened the Blue Front in 1948. Holmes is typically here to greet visitors by 7 a.m. each day.

Bluesman Jimmy “Duck” Holmes is an American treasure. The 72-year-old is the foremost torchbearer of a deep and esoteric style of Mississippi Delta music associated with the town where he has spent his entire life: rural Bentonia. He’s also the proprietor of the nation’s longest operating juke joint, the Blue Front Café, which his parents established there in 1948. Holmes learned the Bentonia blues style at the side of its originators, including Henry Stuckey and the more famous Skip James, who had a renaissance during the ’60s folk blues revival. Every year in June, Holmes celebrates the music that’s in his DNA by hosting the Bentonia Blues Festival on his family’s farm.

“Jimmy’s music is rough and tumble, and it can shatter a lot of preconceptions purists have about Delta blues.”–Dan Auerbach

But there’s a less formal celebration every weekend, when the Blue Front stays open late, cold beer flows like rain, and the music gets loud, raucous, and unpredictable. That’s the spirit that producer Dan Auerbach has captured on Holmes’ new album, Cypress Grove.

The song we’re premiering, “All Night Long,” is a robust, free-ranging original built along the thorny backbone of Holmes’ guitar, with interjections by Auerbach, adding fills and commentary, and an essay on hot-butter slide by Marcus King. The album is packed with 6-string highlights, built around Holmes’ rusty freight-train rhythms and tonal surprises, like the feedback drone Auerbach makes sing like an Indian tanpura on the title track.

In Nashville’s Easy Eye Sound studio, Auerbach and Holmes run through the bones of one of Holmes’ durable culled-from-life numbers before showing it to the studio band and firing up the tape recorder.

Just because the album was recorded at Auerbach’s Easy Eye Sound studio in Nashville doesn’t mean it’s not authentic down-home Mississippi blues. The Black Keys’ frontman explains his modus operandi: “I like to work with people who inspire me, and Jimmy inspires me. Jimmy’s music is rough and tumble, and it can shatter a lot of preconceptions purists have about Delta blues. At the Blue Front, you never know who’s going to show up, or what instrument they’ll be playing. There could be three guitars, bass, drums, mandolin, and fiddle one weekend, and then the next weekend a banjo player or a saxophonist shows up. So the sound always reflects the ages and experiences and styles of the musicians who are there, and that keeps it fresh, modern, and totally unpredictable.”

In addition to Dan Auerbach and Marcus King, Holmes’ new album includes contributions from Mississippi blues bass MVP Eric Deaton and drummer Sam Bacco, who is a percussionist in the Nashville Symphony.