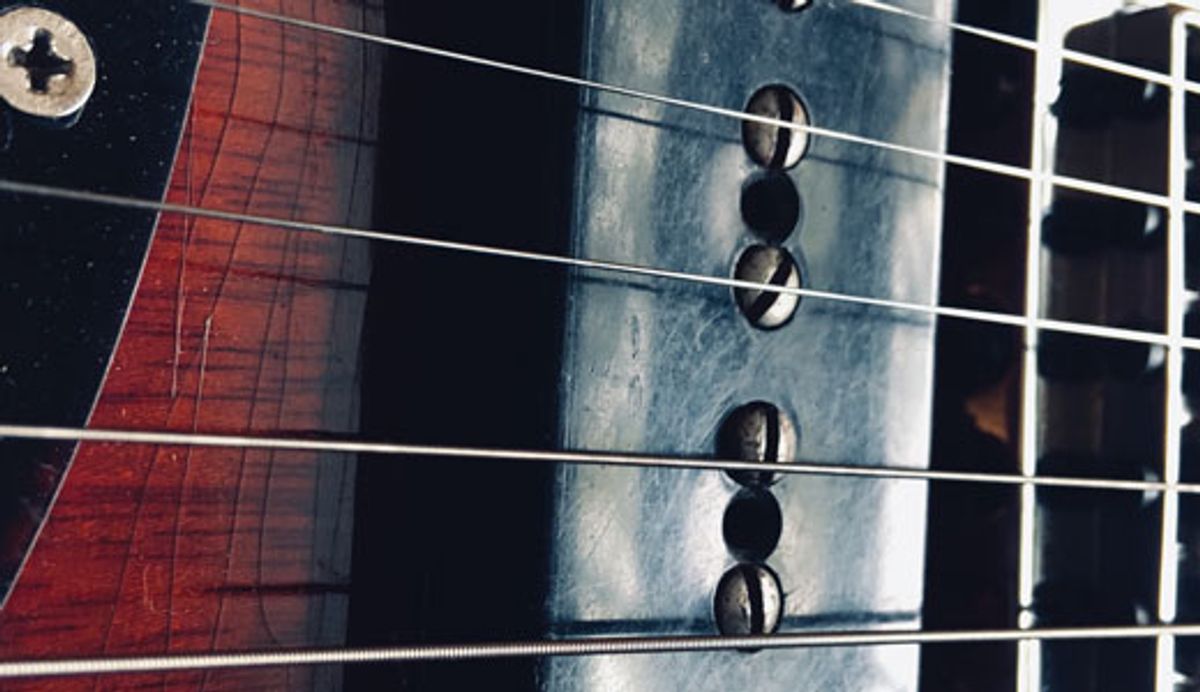 In an ever-changing world, it’s evolve, resist, or both.

We Homo sapiens have only been around for about 300,000 years—barely a drop in the cosmos' bucket. But in this short amount of time, we've changed the landscape, the weather, and are responsible for the extinction of thousands of life forms. You have to hand it to our species: We get stuff done. Only 66 years passed between the Wright brothers' first flight and Apollo 11 landing on the moon. Today, we have private space travel, self-driving cars, 3D-printed buildings, and soon our artificial intelligence superiors will be controlling all. Benevolently, I hope. Have at it, AI. Humans still have caveperson wiring, leaving us ill equipped to handle the responsibility of running a planet.

I try to evolve past my caveman ways, but it's slow going. In some areas, like old guitars and tube amps, I'm admittedly a tad resistant to change. In other areas, I simply don't recognize what is antiquated in my life. I feel current because I recently stepped into the '90s.

For example, I have three pairs of in-ear monitors that were cutting edge when I got them. Last month, after a few 12-hour workdays, my ears were shutting down because I kept running my monitor pack louder to compensate for what I wasn't hearing. When I mentioned this to my younger bandmates, they noted that the newest of my formerly cutting-edge earbuds are seven years old and the oldest are 17. I did some research and bought the recently designed Stealth Sonics C9s. In comparison, my old in-ears sound like two tin cans with a string tied between them. I can remember when those $1,200 monitors were the shit; now, they are just plain shit. With my new in-ears, I can hear things I've never heard before on recordings I've listened to for 30 years. I'm not even sure the engineers mixing these albums heard what I'm hearing now.

This got me thinking. Every major engineer I know mixes exclusively on studio monitors, usually switching between a set of big warm speakers, an in-between set for clarity, and a small harsh/horrible set. The idea is that if a mix sounds good on all three, it will sound good anywhere. None of the engineers I've worked with mix on headphones, because a headphone mix often doesn't translate to speakers.

Humans still have caveperson wiring, leaving us ill equipped to handle the responsibility of running a planet.

This made sense in the past, when audiophiles listened on speakers. But today, with our ubiquitous phones able to instantly access every song ever recorded, more people listen on earbuds than speakers. My guess is that the old guard that's been making Grammy-winning mixes for decades will eventually be replaced by kids who grew up mixing and listening almost exclusively on earbuds.

It's an interesting paradox: We're driven by change and yet reluctant to have it forced upon us, particularly when it comes to guitars. I recently filmed a Premier Guitar First Look with the new 2019 Gibson Les Paul Standard. It's an innovative guitar that takes some chances with a classic design.

Anticipating some heavy troll hate, I mentioned in the video that the Les Paul has always been an innovative instrument. When it debuted in 1952, the guitar was almost unplayable. The neck angle was wrong, strings ran under the bridge, rather than over, making palm blocking impossible. Each year, from its inception until Gibson discontinued it in 1961, there were major changes to the Les Paul, like the humbuckers that cured 60-cycle hum and the Tune-o-matic bridge that vastly improved intonation. The point is, had Gibson not continued tweaking their design, that model would have died quickly, but by working to improve the model, they improved guitar building in general and made an initially unplayable signature instrument an iconic standard of the industry.

I love my old Les Pauls—not because they're my best playing guitars, or even the best sounding. I love them because of the way they make me feel every time I open the case. Love can make you overlook any glitch … and, trust me, mine all have glitches.

So yes, much of my gear is based on 50-to-60-year-old technology. I will play it until they pry those guitars from my cold, dead hands. That being said, it's exciting to be alive in a time when there are unlimited options should I decide to evolve. Maybe right now some genius is inventing something that will keep me from rushing. I can't wait.