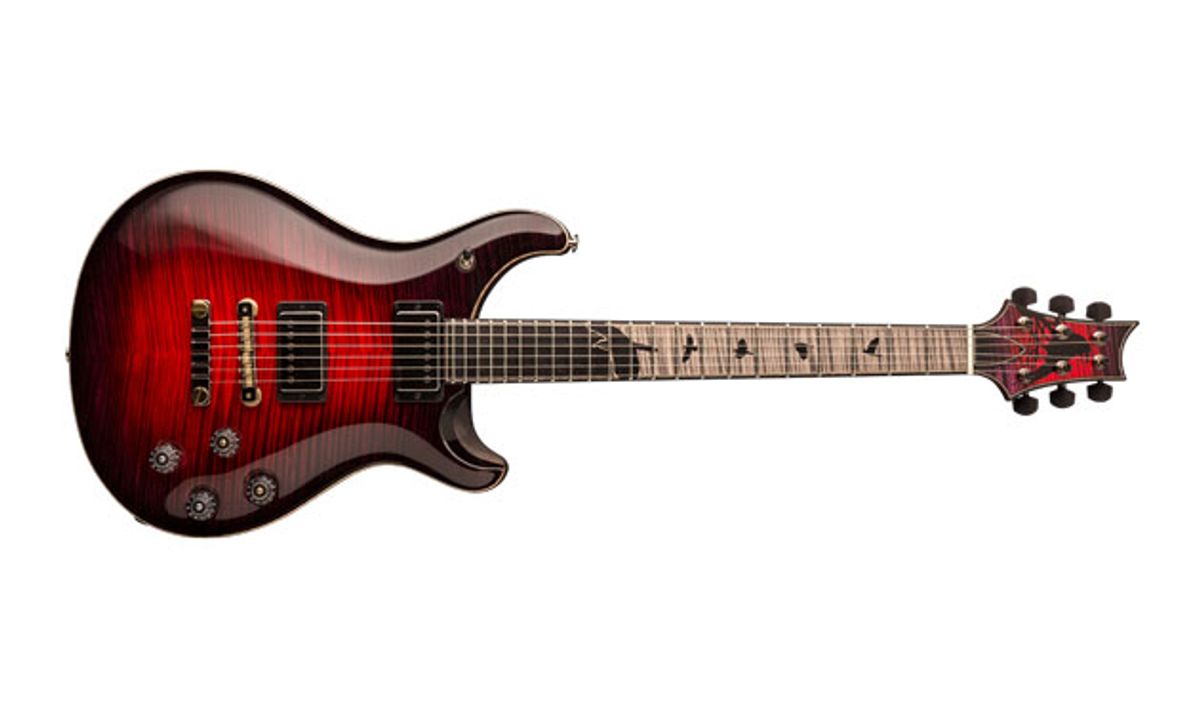 There will be an 80-piece limited run of these guitars based on the vintage-inspired McCarty 594 model.

In early 2018, PRS purchased more than 150 curly maple tops from the outskirts of a Graveyard on top of a moun­tain on the East Coast of the USA. The Gravestones were dated around 1884, and the trees were clearly at least that old as they were forty feet to the first limb. The trees were logged in 2017, and the tops very closely resemble the wood used on guitars coming out of Kalamazoo in 1959.

“At first I thought the wood appeared to be some sort of sub-species of “Michigan” red maple, but with more thought it may just be the age of the tree. Regardless, these are Private Stock quality tops with medium wide to wide curl and extraordinary flame that has a beautiful iridescence to it,” said Paul Reed Smith.

The PRS Private Stock Graveyard II is a sixty-piece limited run of McCarty 594 models that utilizes unique maple for the tops. Notable specifications include an ebony and Faded Gray maple fretboard with ebony “Ravens in Flight” inlay, Raven headstock veneer, and Raven’s Heart high-gloss nitro finish were all inspired by the story of these maple tops.

“Our artistry does not live on a square canvas. It’s colors, inlays, and wood combinations. It’s a guitar,” said Paul Miles, Director of Private Stock. “We’re always trying to evolve Private Stock, and this guitar very much represents that.”