What Tom Taught Me About Petty Guitar Prejudices 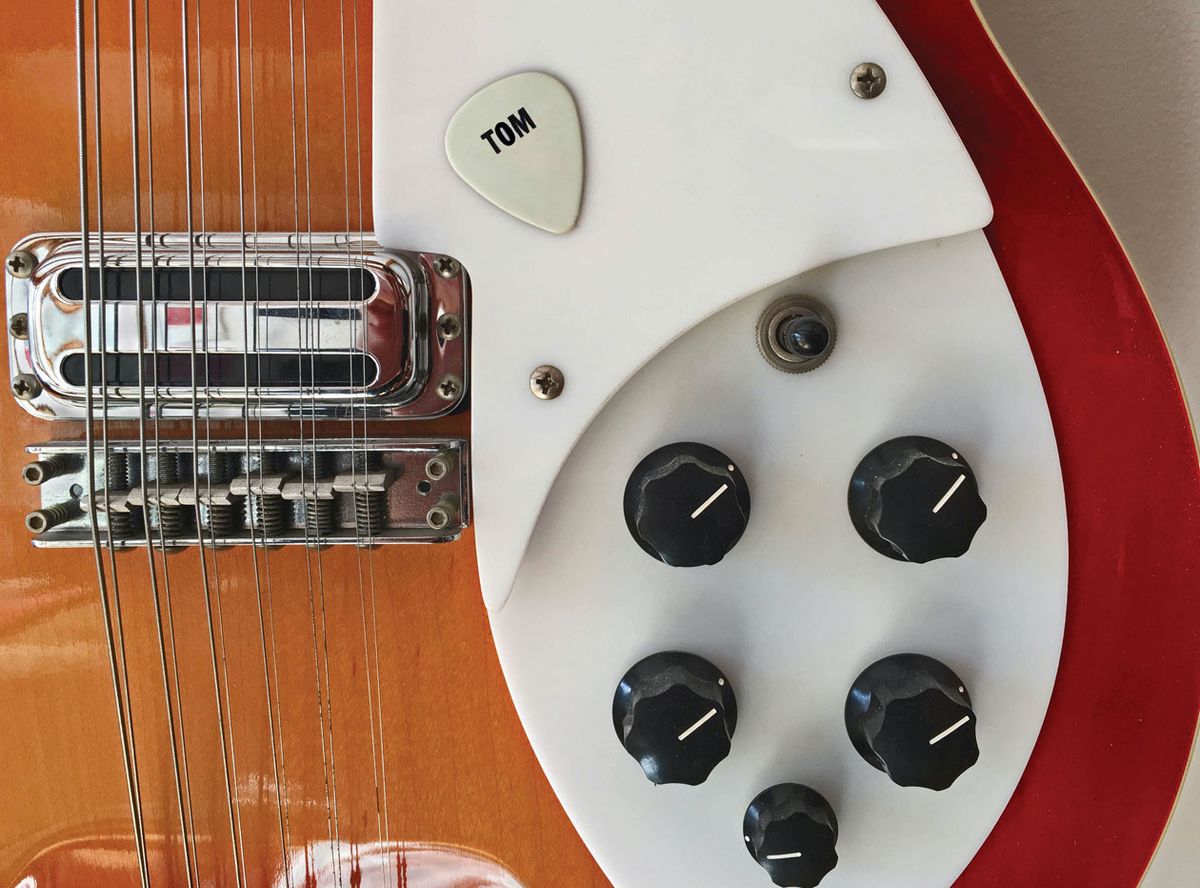 The late Heartbreakers legend shouldn't have deterred me from "hippie" Rickenbackers any more than Hendrix should've turned his nose up at a "surf" guitar.

It's always a kick in the gut when seminal musicians pass on to the great beyond. It's natural to reflect upon their lives and appreciate their contribution to the world as well as one's own life. But when Tom Petty died, it hit me harder than I thought it could.

I empathized with the people who adored him and his music. I felt worse for his family and fellow Heartbreakers. I felt robbed of what had become a steady beacon in my musical life—the constant distillation of vague thoughts in my head being coalesced into simple, understandable phrases. The guitars were great, too.

When the Heartbreakers first hit the national scene, I recognized Petty as a talent to be dealt with, but I was not what you'd call a fan. It wasn't really my main kind of music, but it displayed serious craft and just enough edge to keep me interested. “Great little tunes," I'd say to myself. I may have bought Damn the Torpedoes. Going to a Heartbreakers concert wasn't on the agenda, but I noted Petty's exploits in the magazines of the day. I read about how he'd thrown a temper tantrum in the recording studio over something the record company had done to raise his ire. The article painted a picture of a bullheaded young man breaking his hand by punching a hole in the studio wall. As much as I admired his passion for his art, I thought it was a pretty stupid move. Somehow, that's the image of Petty that hovered in my mind whenever I heard his songs. I'd pigeonholed him in a way that I would have resented, myself.

A couple of issues ago, I explored the idea of getting to know a guitar before passing judgement on it [“What Really Makes an Instrument a Best Friend?" January 2021], but we can take that a step further. What about the gear you dismiss out of hand just because of the associations you've formed in your mind? Many of us are guilty of labeling, rating, and ranking the people and things in our life. It makes it easy to understand the world around us. In our imaginations we might be metal or funk, but not Americana. We can be a Les Paul person, but not an Ibanez sort of dude. There are myriad ways to create our own personal Venn-diagram tribal map from the associations we attach to music and guitars. Within this framework, we search for like-minded souls and compatible memes to fulfill a sense of identity and belonging. In doing so, we shut out opportunity. It's like living in a world where there's no color blue, green, or gray—only black and white. Sometimes, you can't even remember why you formed your opinion in the first place.

In retrospect, I can see how these associations were made, but it wasn't fair or productive to ignore perfectly good guitars because of them.

When I examine my own prejudice, I realize that sometimes my opinions are based on long-held associations as much as experience. I've always favored early 1960s P basses, especially the sunburst version, and trace this back to my youth when I idolized P-bass icon James Jamerson. On the other hand, I was never a big Grateful Dead fan, so any guitar with a half-dozen different laminations of natural body wood was noted as a “hippie" guitar (or bass), and only worthy of derision. Likewise, guitars with upside-down headstocks were strictly for guitarists who played a zillion notes and wore makeup. In retrospect, I can see how these associations were made, but it wasn't fair or productive to ignore perfectly good guitars because of them.

History is overflowing with guitarists who upset the status quo of instrument compartmentalization. Jimi Hendrix bent the rules of rock using a surf guitar. Tiny Grimes played some of the most rocking jazz on a tenor electric. The Cult's Billy Duffy created a swirling vortex of post-punk goth rock on a hollow Gretsch that's mostly associated with country music. Today, you can see flame-topped collectibles onstage alongside pawn-shop throwaways from the 1960s playing some decidedly un-corporate music. Personally, I'd like to see Chris Stapleton rocking a Dean ML. The fact is that although an artist might be associated with a particular instrument, that instrument shouldn't be strictly associated with his or her style of music.

Eventually, I came around to thinking of Tom Petty as a much more three-dimensional person than my younger self did. I'm not sure if that made his songs more personal to me, or the other way around. There's no shortage of tunnel vision in the way we think, but if you remove your filters, there's lots of great stuff to discover. So, give that hollowbody a shot, even if you're playing metal. Maybe that star-shaped axe with the reverse headstock has some great jazz tones worth exploring, but … stay away from hippie guitars. And if you think Tom Petty isn't your beer, give him a second chance.