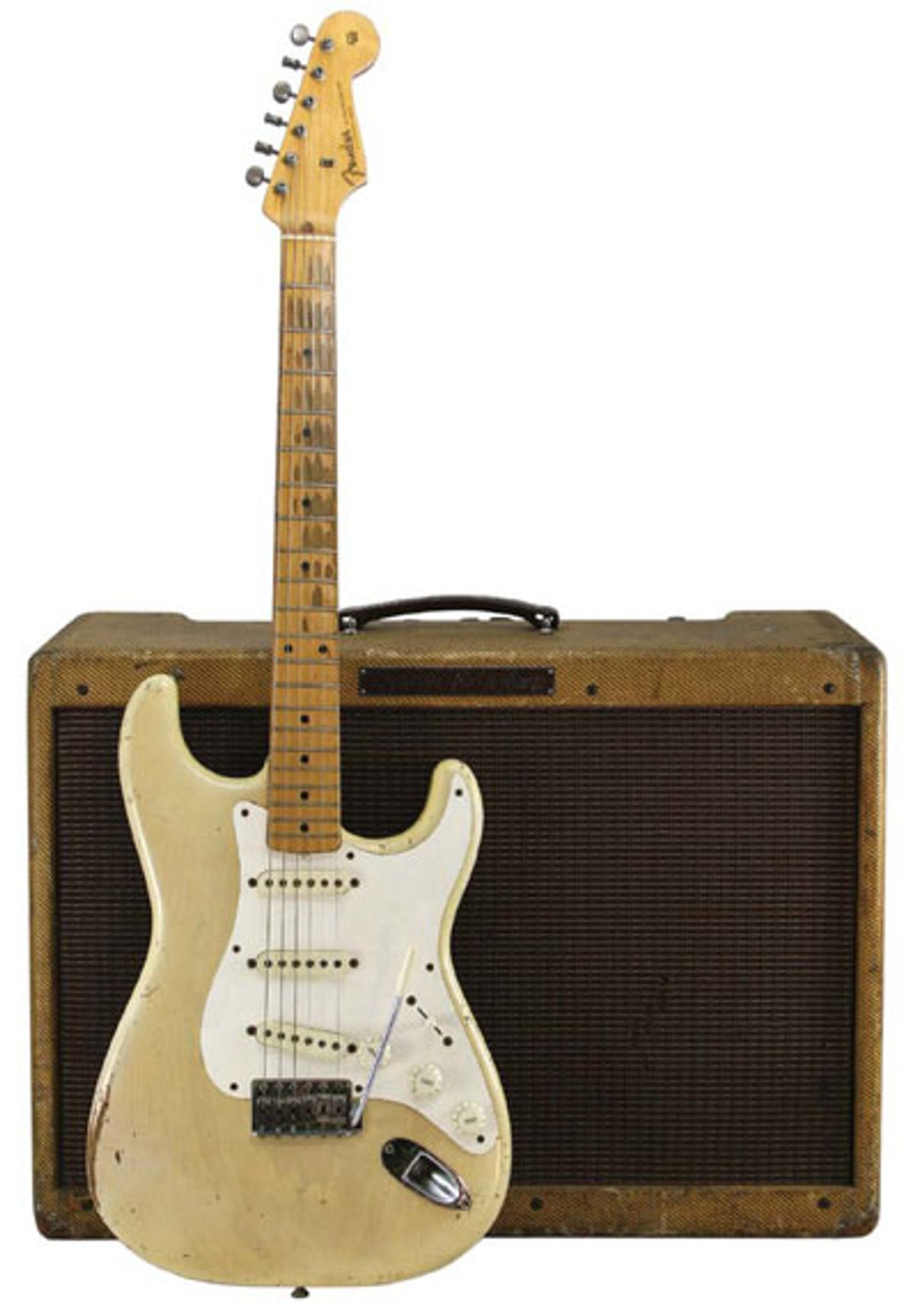 A look at the evolution of the Fender Twin -- the amp that defined an industry.

In 1953 Fender launched an amp that would become the industry standard for decades: the Twin. Named for its pair of 12" speakers, the Twin evolved in looks and power output through the 1950s. In 1955 it changed from a wide-panel 25-watt amp to a narrow-panel 50-watt amp. By 1958, the tweed Twin had reached 80 watts.

The new high-powered Twins were favored by late-‘50s rock and roll musicians, because the sound was able to fill most dance halls (this was before micing amps through a PA system was standard practice). A number of these rockers also plugged Fender’s space age Stratocaster into the Twin because of the solidbody’s ability to reach high volumes without feedback. The Strat/Twin setup was favored by Buddy Holly and Tommy Allsup of The Crickets, and by Johnny Meeks of Gene Vincent’s Blue Caps.

Even though the high-powered tweed Twin was eventually replaced by the black tolex-covered Twin Reverb and various incarnations of channel-switching Twins, it is still a sought-after, collectible amp. The most notable proponent of the 80-watt tweed Twin today is Keith Richards of the Rolling Stones. Since the ‘90s, he’s always had a Twin or two on stage to achieve his signature clean/dirty rhythm and lead sound.

More detailed information on Fender amps can be found in Fender Amps: The First Fifty Years by John Teagle and John Sprung, and in The Soul of Tone by Tom Wheeler.