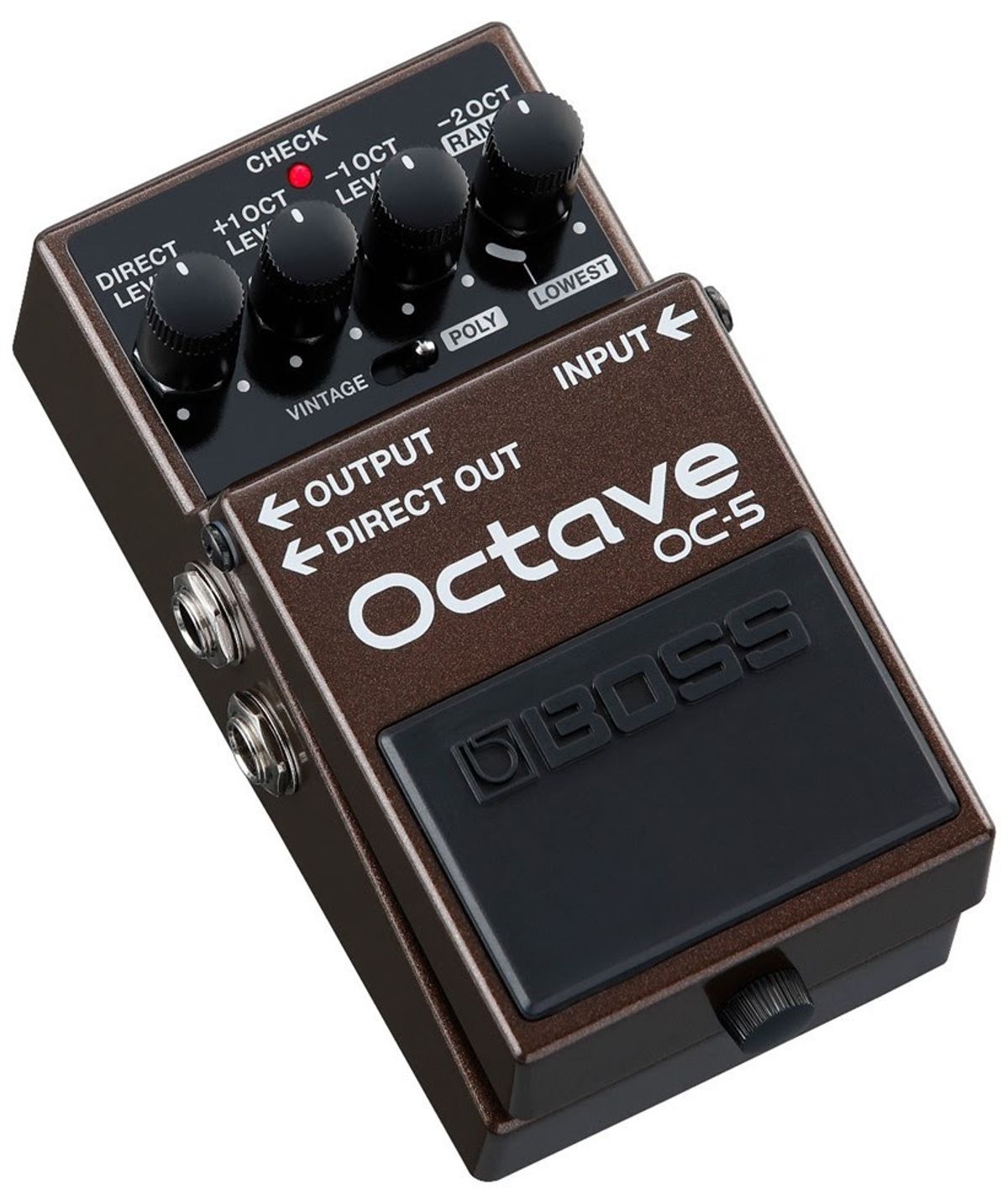 
Recorded using a Squier Tele with Curtis Novak Tele-V and JM-V pickups into a 1976 Fender Vibrolux Reverb miked with a Royer R-121, going into an Audient iD44 then into GarageBand with no EQ-ing, compression, or effects.
Clip 1: Both pickups in poly mode (with direct level at 11:30, +1 octave at 1:30, -1 octave at minimum, and -2 octave range at minimum).
Clip 2: Bridge pickup in vintage mode (with direct level at max, +1 octave at minimum, -1 octave at 10 o’clock, and -2 octave range at minimum), then with fuzz also engaged. SImultaneously routed through a Fender Rumble 200 miked with an Audix D6.

A lone octave effect can easily veer toward the land of Cheez Whiz. Part of that boils down to lack of user restraint, of course, but also because note tracking on many octave pedals isn’t conducive to much other than single-note lines. Even then, you have to be either careful with pick attack or okay with the note glitching common to a lot of octave circuits.

Some of us find that old-school octave-pedal glitchiness endearing, but with Boss’ new OC-5 you don’t have to take sides.

Some of us find that old-school glitchiness endearing, but with Boss’ new OC-5 you don’t have to take sides. “Vintage” mode yields a response similar to the original OC-2 from 1982, but flip to “poly” mode (first introduced on the OC-5’s predecessor, the OC-3, but now enhanced with the engine from Boss’ SY-1 synth stomp) and whole new worlds open up. The new Boss jettisons its forerunner’s drive mode and dedicated bass input, but improves on its tracking and ability to handle several notes simultaneously. Pair this with the OC-5’s ability to precisely and independently dial the level of a note one octave down and/or a note two octaves down—plus one up, if you like—and the OC-5 can morph from lovable niche attraction to full-time stealth weapon. Tracking, frequency control, and note separation are so good that you can use the OC-5 for everything from adding a root bass note to chords to subtly thickening 6-string, 4-string, or acoustic tones, or making guitarists in the crowd wonder where that wonderful-sounding 12-string is coming from.