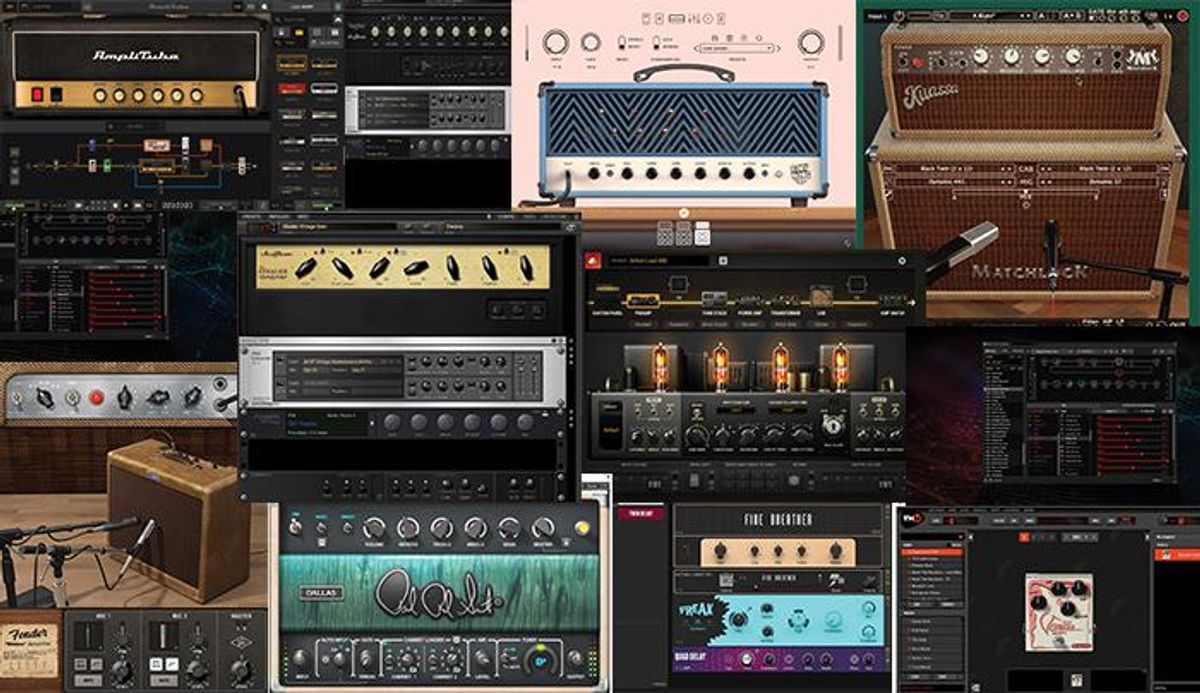 No tubes? No problem. Here are a handful of plug-ins that won't wake the kids or bug the neighbors.

Whether you're trying to keep the dBs down or you need a wealth of amps, cabs, effects, and mics at your fingertips, this collection of plugins will help you realize the tone in your head quickly and easily.

In addition to official emulations of Fender, Mesa, Orange, and Wampler gear, this robust plug-in also features a DAW, looper, and much more.

Packed with dozens of virtual amps and effects, this gateway into the Helix ecosphere mimics the tones of the company's hardware units in handy plug-and-play form.

A decidedly Fender-flavored setup, this trio of amp models aims at copping Fullerton's greatest hits with two options for each amp and seven different types of mics.

The latest iteration offers a rack-based visual setup that allows you to customize every part of your signal chain right down to mixing up to eight mics together via the virtual mixer.

Based on AI technology, this collection of amps and effects curated by the internet's favorite guitarist is targeted for players who are looking for clean and low-gain tones.

Not only does this plug-in offer accurate models of legendary amps, it allows you to design your own amp from the ground up and includes technology to match either a mic'd amp or recorded track.

If you dig the classic tones of one of Leo's best amps, this plug-in offers a faithful recreation and adds the ability to mix and match legendary mics.

This collection include two of the company's most popular models—the Archon and Dallas—plus an amp that was never released: the Blue Sierra/V9, which was an early version of the J-MOD 100.

10 Acoustic DIs for the Modern Musician