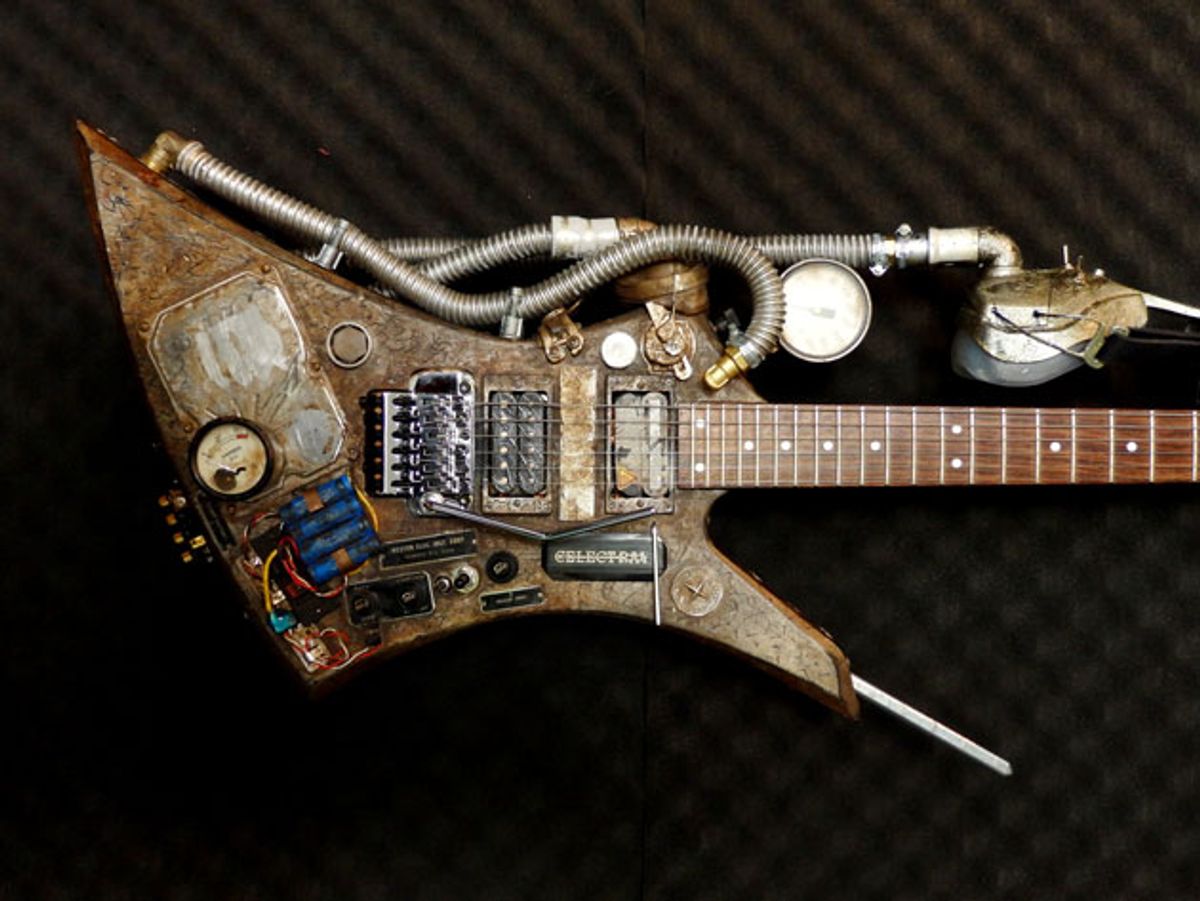 Check out a custom Jackson Explorer that was modded with medical equipment parts.

In this new Premier Guitar series, each month we showcase special instruments submitted by readers from around the world.

Jeroen Sevink has been experimenting with guitars his whole life, and he even builds his own pedals. “I call this sweet guitar Industrial Steampunk-style,” he says. “It still has its standard neck, which I think is amazing, so I left it as-is. But that’s about all that is standard.”

All of the electronics were seriously replaced with the help of an electrician friend. “The front pup is now a Sustainiac,” says Sevink. “It’s very, very sensitive to interference—a sheer drama to build into your guitar. It’s like having a built-in EBow—fantastic!” Though the trimmings look unusual, Sevink swears they don’t affect playability: “It’s balanced, easy to play, and it sounds beautiful on everything from shoegaze to metal.”

Sevink developed severe sleep apnea a few years ago and felt too run-down to play music “I had to stop with just about all my bands,” he recalls. “I felt I might as well be dead if I couldn’t make music anymore.” For a while Sevink tried sleeping with a continuous-air-pressure machine. “After trying a million different masks, I gave up,” he says. “I decided I’d rather live with the illusion that I was sleeping well then be kept awake by this Borg-like contraption meant to make me sleep better.”

But that’s why this guitar has so much emotional value for Sevink. “To make a long story short,” he says, “in building this guitar, I’ve used various parts of the sleep apnea equipment I gathered over the years. This guitar represents saying goodbye to a lesser period in my life, and reminds me how I retook the wheel to rearrange my life so I could return to doing what I love most: making music.”