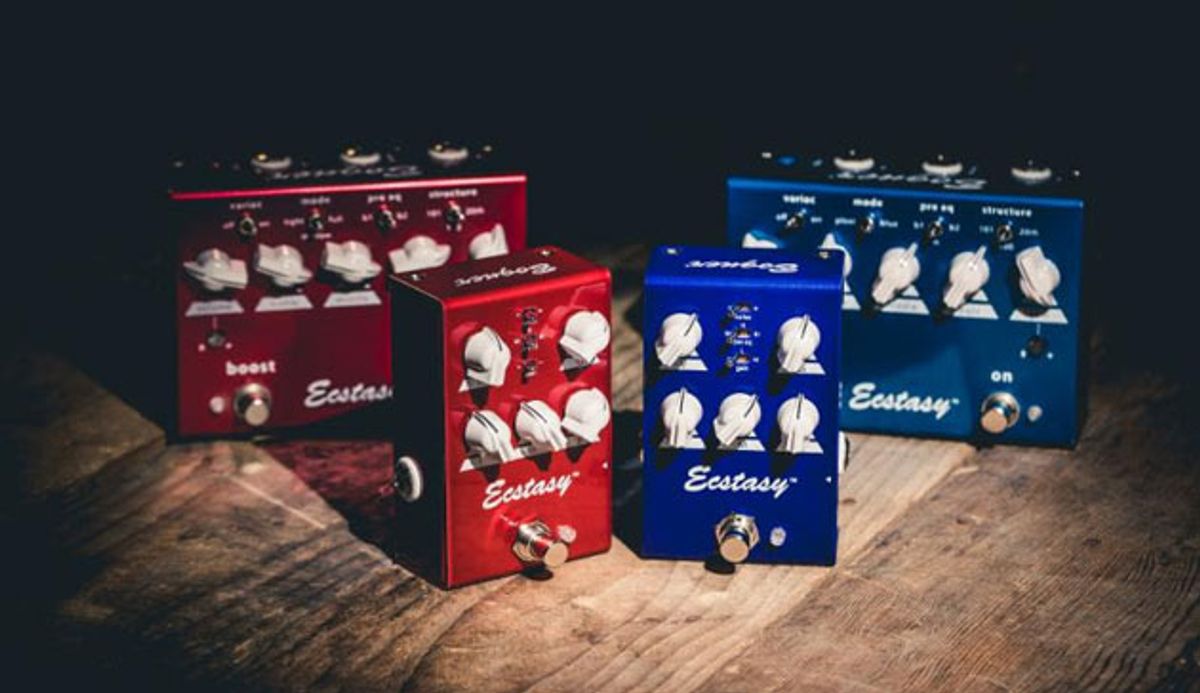 The famed amp company has shrunk two of their most popular pedals into mini-sized enclosures.

The Ecstasy amplifier was born in 1992, and decades later Bogner is still hand building each amp, one at a time, in Los Angeles, California. The Ecstasy Red pedal captures the mystical Red Channel tone of this legendary amplifier, famous for its incendiary, high-gain crunch and lead tones. Using interactive controls to adjust gain and EQ settings, the red pedal delivers a wide range of expressive tones from vintage overdrive to ripping modern high gain. Ideal for aggressive playing styles, the Ecstacy Red pedal boasts the outrageous heavy tones that get Bogner amps into the backlines of rock's most notable players.

The Ecstasy Blue pedal captures the classic Blue Channel tone of this legendary amplifier, acclaimed for its ability to deliver iconic classic rock 'n' roll crunch. It's no secret that the Blue Channel cranks out stunning Plexi-like tones, but when the going gets tough it can crush on demand as well.