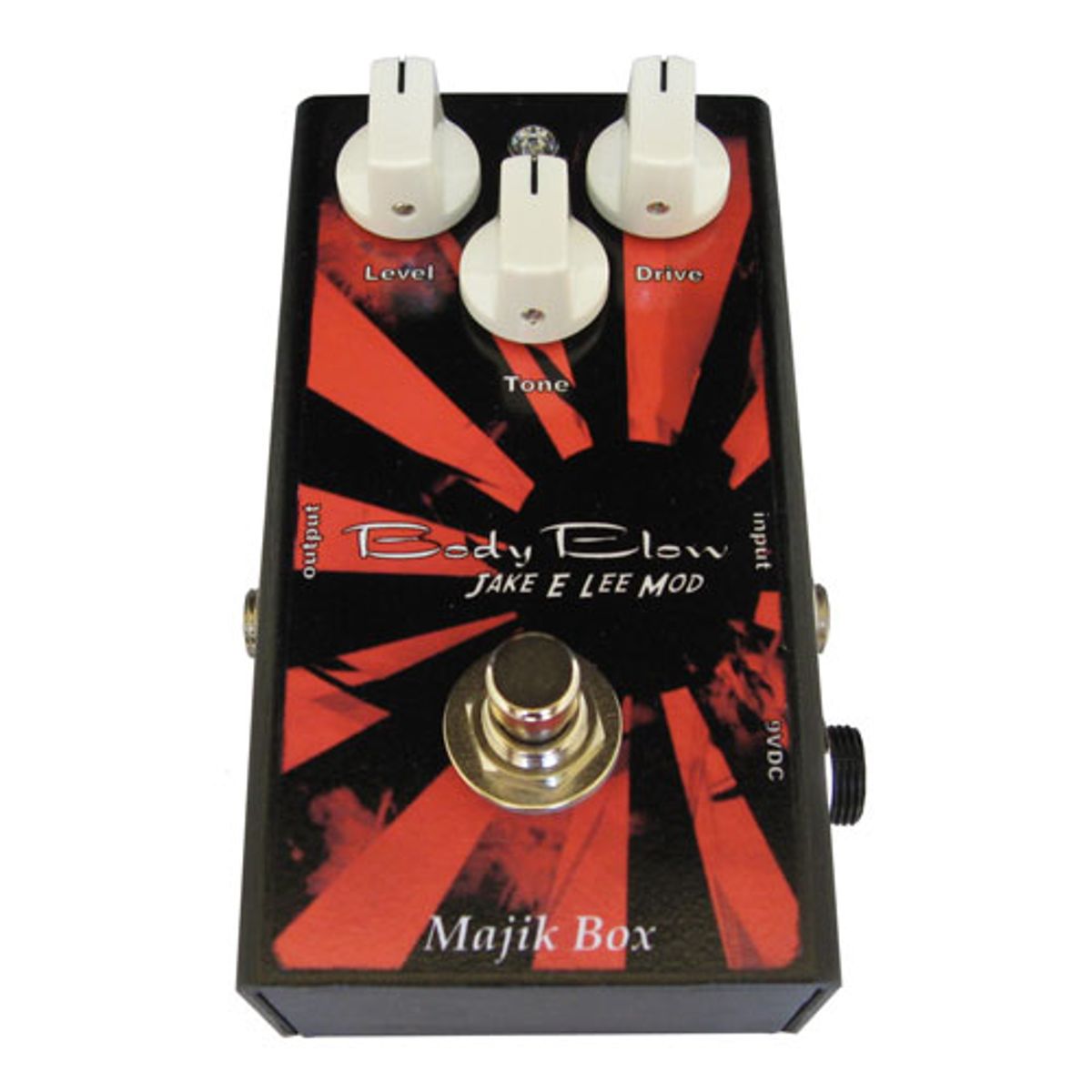 The key idea behind this mod was to give the Body Blow more "bark and grunt" for solos.

Never truly happy with any overdrive pedal in his arsenal, Jake and his guitar tech Scott Bell asked Majik Box to modify the company's Body Blow overdrive to his exacting specs. The key idea behind this mod was to give the Body Blow more "bark and grunt" for his solos. And although the standard Body Blow has a significant amount of midrange in its tonal palette, he was looking for a EQ modification to the pedal that would take his usual Charvel Strat bridge humbucker into a low-mid-range focused, P-90 pickup territory, in addition to adding a nice dollop of gain.

After several iterations, Majik Box finally achieved this goal and developed a mod that truly gave the Body Blow a totally new character.