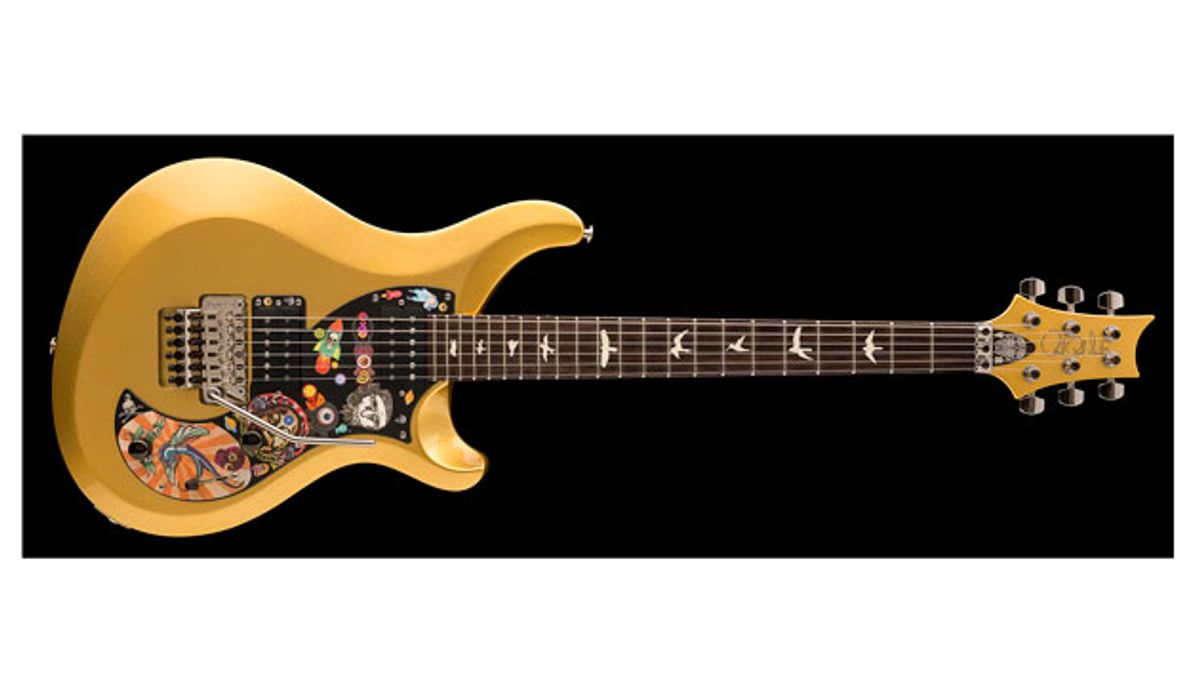 Vernon took the S2 Vela to another level and loaded it with HFS pickups and a Floyd Rose 1000 Series tremolo.

Stevensville, MD (August 8, 2017) -- PRS Guitars is pleased to announce a new limited edition model in the S2 series of US made electric guitars: The S2 VR Vela. Developed with Living Colour founder, Vernon Reid, the VR Vela is a commanding instrument with a cult personality and tons of tonal textures.

Initially attracted by the Vela’s offset body shape, Vernon took the S2 Vela to another level through a unique set of appointments. Loaded with two HFS pickups, the S2 VR Vela has an aggressive sound with clear highs and strong mids and bass. The Floyd Rose 1000 Series tremolo adds new sonic options for players and provides the confidence to dive bomb without going out of tune. The S2 VR Vela also features a “V-shape” neck that feels full and strong in your hand and a unique pickguard designed by Vernon himself.

“I love the way it looks, the way it feels, the way it sounds. I think it’s really meant for the player that is prepared to go all different kinds of places. It’s the kind of instrument that invites people to experiment and just have a good time. Whatever kind of music you want to play...whatever you want to plug the guitar into.” Vernon Reid

There is no limit to the number of S2 VR Vela guitars that will be made, but the order window is open from August 8 – September 30, 2017 only through authorized PRS Dealers.

The Inexpensive, Everyday Tools That Live on My Workbench