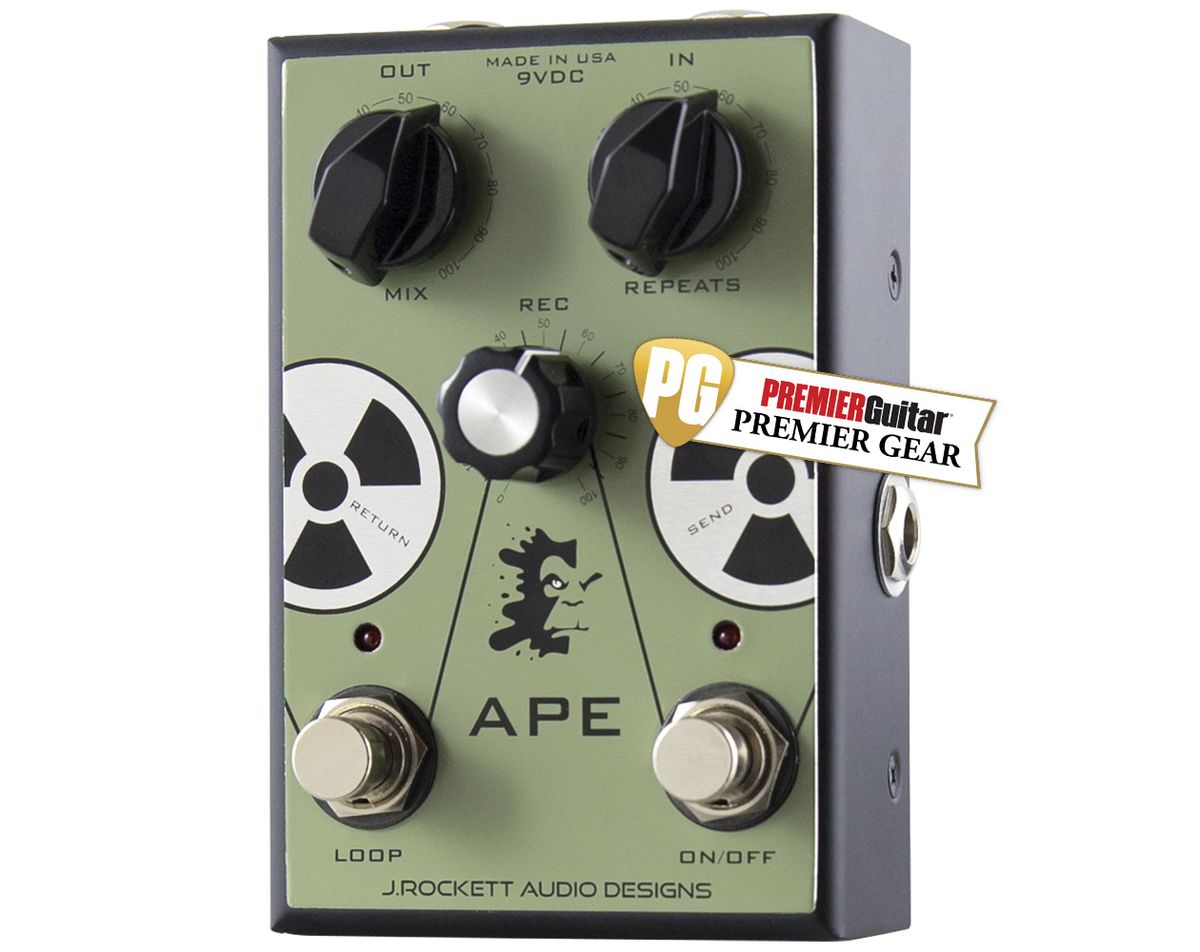 Liven up your lame digital delay with the ultimate EP-3-style booster.

On one hand, J.Rockett’s APE (Analog Preamp Experiment) is a pedal with a simple mission: make antiseptic digital delay sound enormous and organic with Echoplex EP-3-style preamp color. But with series and send/return configuration options, enhanced EQ and saturation shaping control, and the ability to add variable gain and distortion to repeated notes, the APE is much more (and much more fun) than a simple one-knob boost in front of your delay.

Some extra character in the preamp tone is enabled by the authentically Echoplex 22-volt power. It gives the preamp more color and headroom, which gives the APE’s dual-function knobs extra range and sensitivity.

Some extra character in the preamp tone is enabled by the authentically Echoplex 22-volt power.

In series operation, the repeats knob becomes a treble control, while the mix and “rec” knobs become output and gain controls, respectively. In send/return or “loop” mode, the repeats and mix knobs replace your delay’s feedback and mix controls, while the gain control adds gain and saturation to the delayed notes.

While APE is an unorthodox approach to adding EP-3 shadings, it does a superlative job of generating authentically Echoplex-like preamp distortion and responsiveness. It also enables many more creative, almost painterly, approaches to coloring not just your delay tones, but also the spaces in between. APE is truly unusual, but awesome.