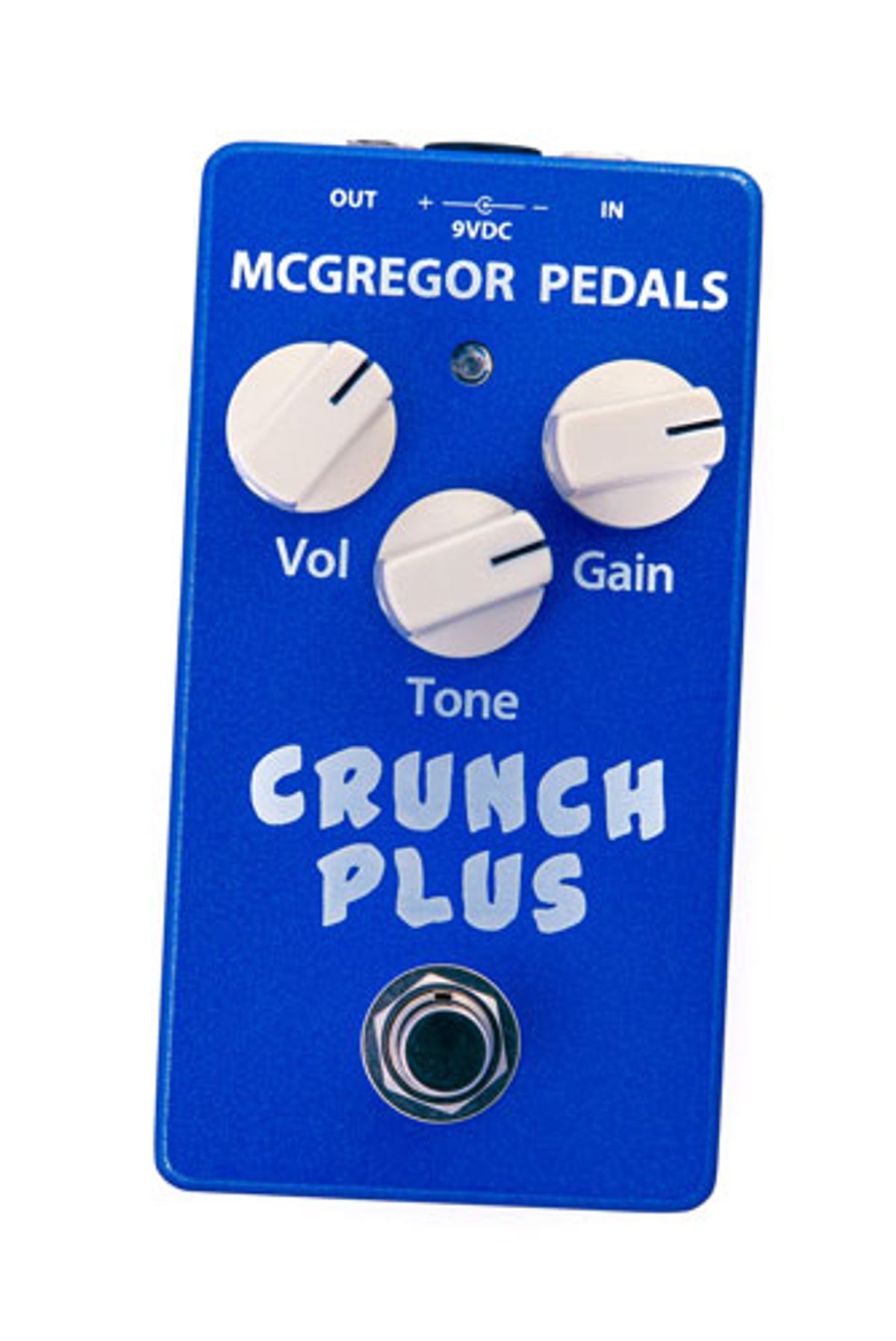 This new dirt box builds upon the previous iteration by adding a third gain stage and a second clipping stage.

Vancouver, BC, Canada (December 15, 2020) -- Boutique pedal company McGregor Pedals has launched its second pedal: The Crunch Plus overdrive. It follows on the heels of the McGregor’s debut pedal, the Crunch Transparent Overdrive, a single-channel, low-gain overdrive pedal for guitar and bass, released in December 2019.

Designed and built by Garth Heslop, the brand new Crunch Plus pedal starts where the Crunch leaves off, building on the same circuit by adding a third gain stage and a second clipping stage. Beginning with the gain at minimum, the Crunch Plus pedal is similar to the Crunch Transparent Overdrive on 3/4 gain with a bit of an edge. It never loses that edge as you bring up the gain. The Crunch Plus takes it to the next level while still maintaining the transparency you'd expect from a McGregor Pedals overdrive pedal and is suitable for both guitar and bass.

The Crunch Plus has a straightforward control set:

The Crunch Drive is priced at $210 and can be purchased directly from the McGregor Pedals online store via mcgregorpedals.com.